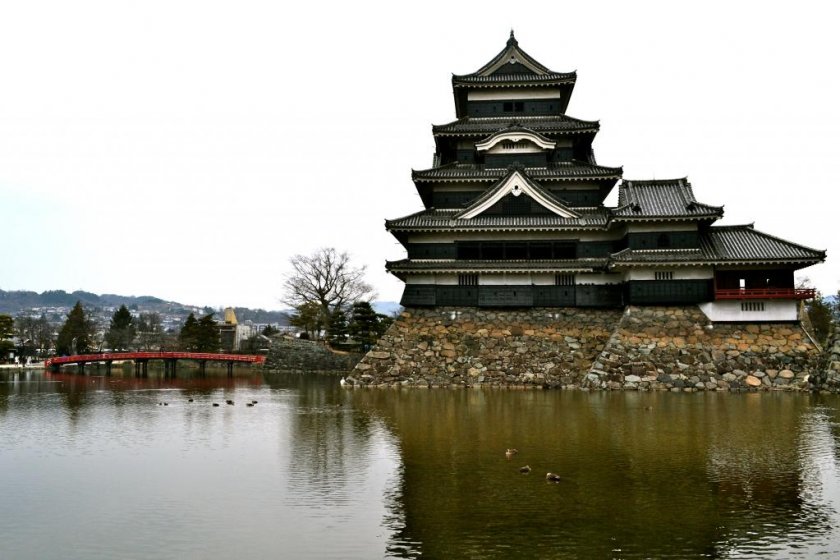 On our way back from Shirakawago, we stopped to admire a historic black beauty- the Matsumoto Castle. Also known as the 'Crow Castle' for its black stony exteriors, the castle is iconic in being one of the only 4 castles to be designated as National Treasures. The castle was used as an aircraft factory by the Mitsubishi Corporation during World War II, but it miraculously escaped Allied bombing and was declared a national treasure in 1952.

The very first impression of the castle makes it stand out. Structured paths through well manicured lawns and trees brought us to an awesome view of the deep orange bridge arching over the moat enhancing the towering 5-storied castle on its right. There were many carps, fish and pairs of beautiful swans enjoying the beautiful still waters rippling through the castle's equally magnificent reflection. Though it was drizzling and close to the closing hours of the castle but thankfully we could make it.

At the entrance we were asked to take off our shoes and handed plastic bags to carry them along. The interior was all wooden; wooden floors, beams, pillars and the steep staircases. It was like a whole big maze traversed across floors, though the arrows guided us all through the route up/into and back down/out of the castle. There were actually 6 floors inside though it seems a 5-story architecture from outside because the 3rd floor is hidden and without windows. That obviously was designed for extra security as were the steep steps inclined at a 50-55 degree angle along with low beams and ceilings making it very difficult to climb. All our friends went back after the first floor itself because it didn't really feel safe with toddlers and kids around. Two friends, my husband and I managed to reach the top floor which, in itself, was a sense of achievement.

On the way up, the second floor housed an interesting display of guns, cannons, armors and rifles. Later we learnt these were actually the personal collection of Akahane Michishige, a local citizen and a member of Japan's Firearms and Swords Inspection Board of the Agency for Cultural Affairs and the Society of Firearms History of Japan, who built this collection with his wife Kayoko over a period of more than 30 years. The collection was donated to the city in 1991. The highlights of the collection were the matchlocks, some of which significant for their use during the battle for Osaka Castle in 1615.

Most floors seemed similar but definitely the structure and design of each harbored some secret nooks and crannies that aimed at heightening the security.

The topmost floor, unlike all others, had high ceiling and big long windows, definitely used to fire weapons in the past but for us those were the little outlets to the beautiful views spread out below and around the castle. We enjoyed going from one window to another and seeing the castle's surroundings from each angle. Taking some precious shots from up above, we then descended down.

The journey downwards was a more scary one and the socks on polished steep wooden stairs made it all the more difficult. In being extra careful and because of the closing hours we actually missed the Moon Viewing Wing or Tsukimi-yagura attached to the main tower on the western side. That room was supposedly meant for entertainment and relaxation rather than defense.

By the time we made our way out of the castle and rushed to our bus, we were literally running in the rain and with the joy of having seen a real historic treasure. A fortress, a castle, a piece of history that luckily for us, survived the WW II and is preserved in all its originality unlike the many other castles of Japan that have been widely renovated solely to serve tourism. If you really want to get a hands-on feel of a Japanese castle then this place is a must visit and I'm sure you just can't miss the history breathing through its solid black stone walls.

Find out more about Matsumoto Castle. 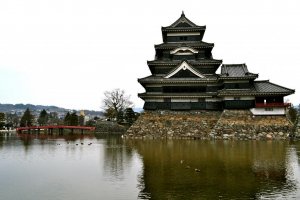 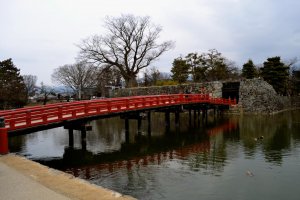 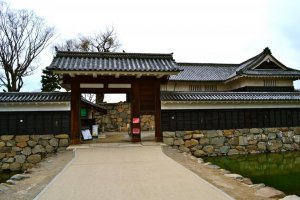 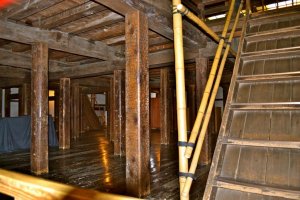 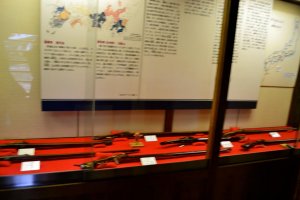 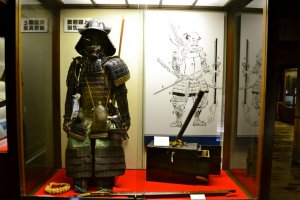 Sleiman Azizi 2 years ago
Seriously one of the best castles in Japan. Have loved every visit!
Reply Show all 0 replies

Andrew 5 years ago
need to visit!
Reply Show all 0 replies
2 comments in total