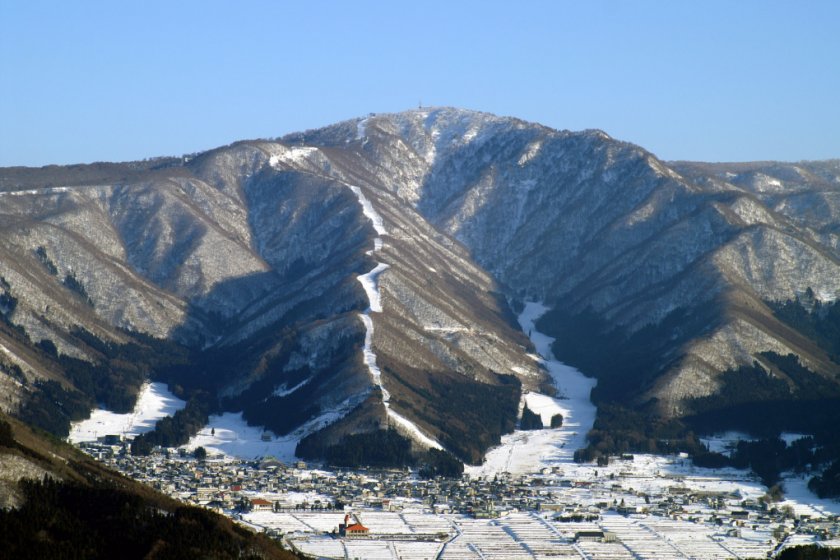 Possibly the best snow resort in all Japan

People often speak with awe about the deep powder of Hokkaido, particularly the much hyped Niseko area. But what is not widely acknowledged is that exactly the same kind of fluffy powder also falls on Nagano, which happens to have steeper mountains than Hokkaido. One of these mountains is Mt. Kenashi, home to the superb Nozawa Onsen Ski Resort. As its name suggests, this is a place with onsen – thermal springs. But more about that after some ravings concerning snow.

A glance at the picture of the whole mountain shows a number of steep ridge trails feeding into broad valley spaces. In fact, it doesn’t look like much at all. But once you’re in one of the two fast gondolas up the mountain, you begin to see trails everywhere, and between the trails, vast slopes laden with deep, untouched powder snow with well-spaced trees to make them interesting.

Indeed you can ride the trails nearly all day and not go down the same one twice, which is what I used to do until I learned to board in powder. Then I barely touched groomed slopes, unless it was to get to the next glade of untrammeled snow. The management of Nozawa are necessarily lax about maintaining the rules concerning what is course and what is not. The area at the top of the mountain offers a paradise of safe, off-piste forest riding with very deep snow, serviced by a fast quad lift. However, not everywhere is safe. Once, in the depths of winter, I went to Nozawa when the snow was over four meters deep, and half the mountain was closed as a helicopter searched for a lost boarder. He was found, upside-down off-piste, drowned in the powder. Nevertheless, with due caution paid to normal safety, you can have a fantastic time enjoying big mountain boarding and skiing.

When your knees have turned to jelly and you feel you need to bathe in something hotter than snow, the onsen part of Nozawa Onsen really comes to the fore. Dotted around the little town at the bottom of the slopes are no less than thirteen free hot spring baths, many of them of remarkable character and atmosphere. After a good soak, there are several very agreeable places to eat in the town serving both Japanese and Western fare.

Given the sheer size and variety of Nozawa Onsen, the phenomenal quality of the snow that falls there, and the charms of the town below the slopes, I would hazard to say that Nozawa is possibly the very best place to ski or snowboard in Japan. 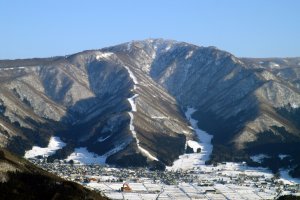 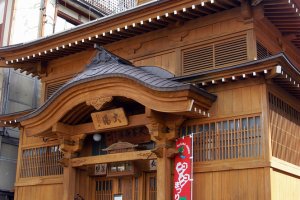 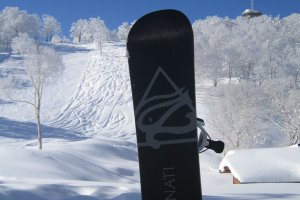 Izumi Kershaw 6 years ago
Agreed. some of the best skiing experience Ive had in Japan is at Nozawa
Reply Show all 0 replies

Rufus Starbuck 7 years ago
The top of Nozawa Onsen is already open for the winter. Snow on the weekend and plenty of people out enjoying it.
Reply Show all 0 replies
3 comments in total