“Japan doesn’t get snow! It’s an island! It’s tropical!” Those were the words from my mouth when I first heard that Japan would host the 1998 Winter Olympic Games. A look at a map and the unfolding of the Olympics taught me better and put Nagano on the list of places where I wanted to snowboard. Twelve years later in 2010, and then every year since then, I was able to make that dream a reality. Japan’s snowboarding experience didn’t disappoint me, but it never quite equaled the great days I’d grown up with in the dry fluffy snow of Colorado. Until I rode at Shigakogen.

The icy road meandered out of the forest and onto a curving bridge in the sky. The v-shaped view down the valley to my left took my breath away more fully than the altitude. The staff at the Prince Hotel Shigakogen received me graciously, making parking and checking in a smooth and easy experience. Many of the staff also spoke great to fluent English. Once I’d torn my eyes from the view offered by my immaculately clean room, I put on my snowboard gear, was shown to my ski and board locker by the staff, and made the short 30 meter walk from the hotel’s entrance to the ski lift.

I took Yakebitaiyama Ski Area’s Number 2 Gondola to the summit for an unobstructed view in contention for my favorite in Japan. The whole of the jagged Northern Japanese Alps towered above the Nagano Valley and ran the length of the western horizon. The slopes of a ski area on the Kurohime Highlands near the boarder with Niigata, the resorts of Hakuba on the slopes of the Alps, Nagano City partially veiled by morning mists, the peak of Mt. Ontake rising above the sea of clouds to the south, and the other slopes and peaks of Shigakogen, all were visible with one turn of the head. Awe commanded all who passed this point along the Panorama Course to stop, stare, and take it all in. There is a course named “Panorama” at almost every ski area I’ve visited, but none are as worthy of the title as Yakebitaiyama’s Panorama Course. The view invites your gaze and invigorates every turn all the way down.

Yakebitaiyama was the stage for the inaugural snowboarding Giant Slalom at the 1998 Olympics. It ran from the top to the bottom of the Number 1 Gondola. Yakebitayama has set up poles and made a mini giant slalom along the topmost section of the run. It’s open to everyone and the layout of the course makes running through the poles accessible to anybody. Knowing that I was quite literally following along the course ridden by the first Olympic snowboarders was really cool.

Besides great views and the Olympics Giant Slalom course, Yakebitaiyama has the only freestyle park in Shigakogen. There are four jib features: 2 flat boxes and 2 flat rails. All of them are ride-on ride-off, making them accessible to all boarders and skiers wanting to learn how to get their jib on. There are also two sets of jumps with two different sized kickers, allowing one to ease into and get confident going off of jumps. The maintenance of Yakebitaiyama’s freestyle park is impeccable. The rails were smooth and free of barbs, the sliding surfaces of the boxes were level and slippery, and the kickers on the jumps produced smooth easy lift offs, allowing for confident launches and safe landings. Want to learn the ropes of freestyle riding? Yakebitaiyama’s freestyle park is the place to start.

I’ve ridden at ski resorts in 4 prefectures during my 6 years in Japan, but none have equaled the quality of snow that I found at Yakebitaiyama. There hadn’t been a large snowfall in advance of my visit, and as I was treated to a pair of the clearest bluebird days I’ve had in Japan, there was no new snow either. Despite this lack of fresh snowfall, the snow on the slopes of Yakebitaiyama was soft, easy and fun to turn in, and forgiving to fall on whenever I wiped out. Yakebitaiyama’s high elevation (1,000 meters at the bottom) keeps the moisture down and temperatures at or below freezing all day, allowing to the snow to remain soft and fluffy even after being skated around by skies and boards. Quality of snow is everything. I can honestly say that the snow at Yakebitaiyama (and probably all of Shigakogen) is the equal of Colorado snow. Want to ride the best snow on Honshu? Make your way to Shigakogen. Happy turns!. 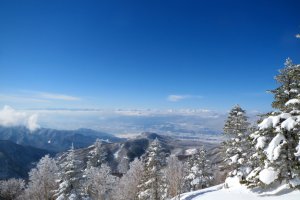 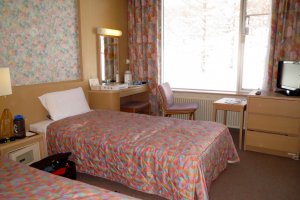 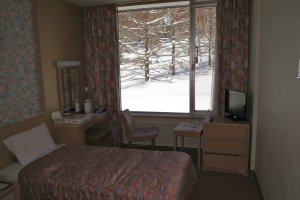 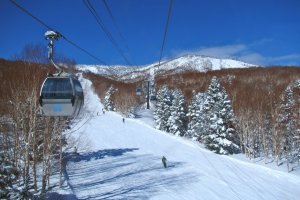 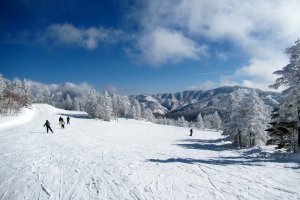 Mandy Bartok 6 years ago
I'm not really into winter sports, but I'd love to soak up those views!
Reply Show all 2 replies

Bryan Baier Author 6 years ago
Mandy, the views in Nagano are amazing anytime of year. Come up in the summertime and have a look. The Komagatake Ropeway in Komagane (closer to Tokyo) takes you up into the Central Alps for views of the Southern Alps and Mt. Fuji!
Reply

Olga 6 years ago
Me too! Last time I saw the snow it was in that area!
Reply
4 comments in total