The Snow Walls of Mt Norikura

Take a bus tour to the top of a snowy world

Mt Norikura is the third highest peak in the Northern Japan Alps at 3026m high and it is a great place to visit if you want to get stunning views of the surrounding peak. During spring you can catch a bus almost to the top of Mt Norikura which allows you to see some snow walls that are still left from winter.

Buses start running around late April where you can get access to Kuraigahara Sanso-Mae where you will need to walk uphill to view the snow walls. After late May the higher bus stop at Daisekkei Katano Koyaguchi is open which takes you up to around 2700m. Once you reach the top you have a few different options of what you can do. For the less energetic you have around 45 mins at the top to slowly wander down to what remains of the snow walls or to wander further up the road to get a view higher up. If you want to go for a longer walk you can walk down to the next bus stop which is around 4kms down the hill. If you run part of the way you might be able to catch the same bus as you caught up otherwise it's another 2 hrs till the next bus which gives you ample time to soak up the surroundings and enjoy the mountain views . You can also do a longer hike and continue even further down the mountain along the road or along a hiking track if the snow has melted. Other people also catch the snow bus to go mountaineering up the snowy slope or to go ski and snowboard touring but these activities are only recommended for people who are prepared and know what they are doing.

We visited in early June which was only a week after the road had opened through to the higher bus stop. This year the height was probably around 5m in sections but I have seen pictures of it being higher in previous years. The view from the road is great as you can see across to all the surrounding peaks and the walk is not too physical as it is all downhill. The snow bus is a great way to get a great view over the alps and to experience snow even when it's nearly summer.

The bus costs 1450 yen one way and 2500 yen return and runs from late April-late June about 3 times per day. Getting to Norikura is possible from Matsumoto and Takayama. From Matsumoto you catch a train on the Matsumoto Dentetsu Line to Shin-Shimashima station which is the last stop. From there you then catch a Alpico bus to Norikura and get off at the Norikura Kogen Kanko Center Mae bus stop. Then you can switch to the Haruyama bus where you get off at the last stop which varies by the time of the year. From Takayama you need to catch a Nohi bus to Hirayu Onsen from where you can transfer to a Norikura bound bus. The road is closed to other vehicles during this time of year so the only way to get to the top is to catch the bus up one of the highest roads in Japan.

After you have finished your trip to the top you can explore more of Norikura Highlands which has some nice walks to different sights including a few waterfalls or you can head to an onsen for a relaxing soak. 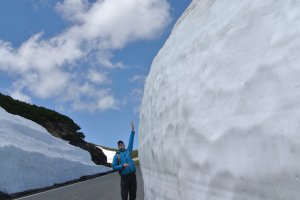 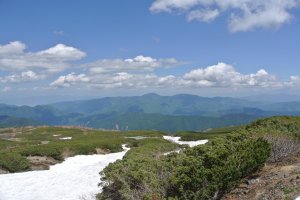 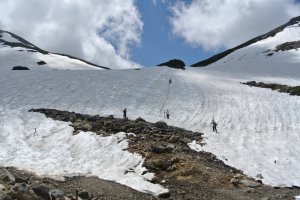 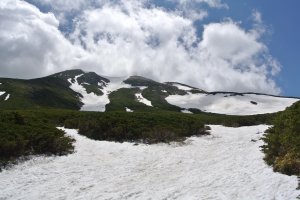 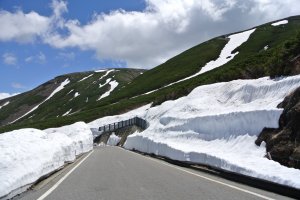 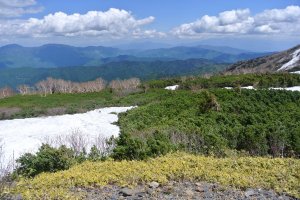 mary low a year ago
Thanks for this informative article! Planning to visit late April/early May. How far is the walk up from Kuraigahara bus stop to where the snow wall gets significantly high, like 10m or more?
Reply Show all 0 replies

Kim 2 years ago
It's rather mind blowing just how much snow some of Japan gets in the winter months!
Reply Show all 0 replies

Andrew C. 4 years ago
need to go there before I leave!
Reply Show all 0 replies

Justin Velgus 4 years ago
Although the weather looks sunny and warm, I imagine it is still a little chilly, no? I notice you wearing a jacket!
Reply Show all 1 replies