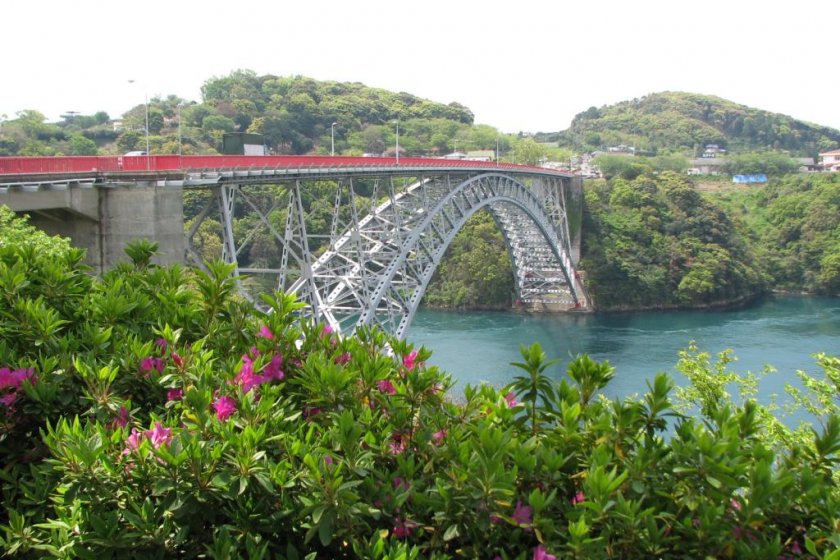 The initial exposure to Japan for many in the baby-boomer generation was through Japanese science-fiction and fantasy movies. The Americanized Godzilla, King of the Monsters! (1956) came the first. The second movie that presented Japan was Rodan (1956).

During my April 2007 vacation to Japan, I made a stop at Sasebo City on the island of Kyushu to pay a visit to the Saikai Bridge near the city that was featured in Rodan. Rodan was produced by Toho Pictures. After checking into my hotel room in Sasebo, I went to the nearby bus depot to take the bus line that terminates at the bridge. The bus depot is across the street from Sasebo's Japan Rail train station.

On this day, the weather was clear and views of the bridge were spectacular.

In the movie, the Saikai Bridge was shown with intercut shots of a miniature version built by the special effects staff of Eiji Tsuburaya. Rodan flies over the bridge at high speed, thereby blowing it down by the backdraft.

The first, or Rodan's Saikai Bridge, spans the Hario Seto Straits, which are noted for their swift sea current and whirlpools. At the time of its completion, it was the longest arch-type bridge in the world. The scene when the waters of the Ohmura Bay flow out through this narrow strait at ebb tide is very dramatic.

Nearby, the three Hario Wireless Towers, which transmitted the coded message that launched the attack on Pearl Harbor and triggered the Pacific War on December 7, 1941, can still be seen. These towers also are seen in Rodan with one of the Rodans flying in the distance.

In the film, people were seen fleeing the bridge and running to buses parked nearby as the monster approached. This area is now tree-lined and landscaped and has sidewalk food vendors. There is still a parking lot at this location, but it does not look as it did back in 1956.

A visit to the Saikai Bridge is a must for Rodan fans. 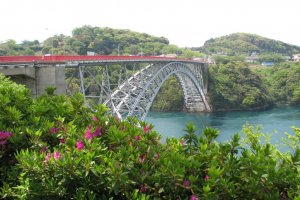 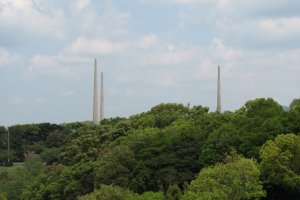 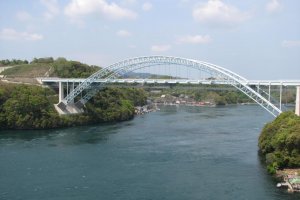 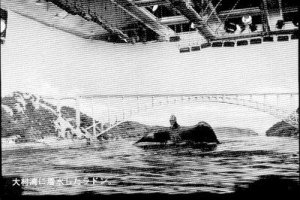 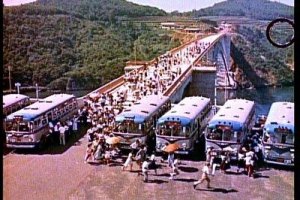