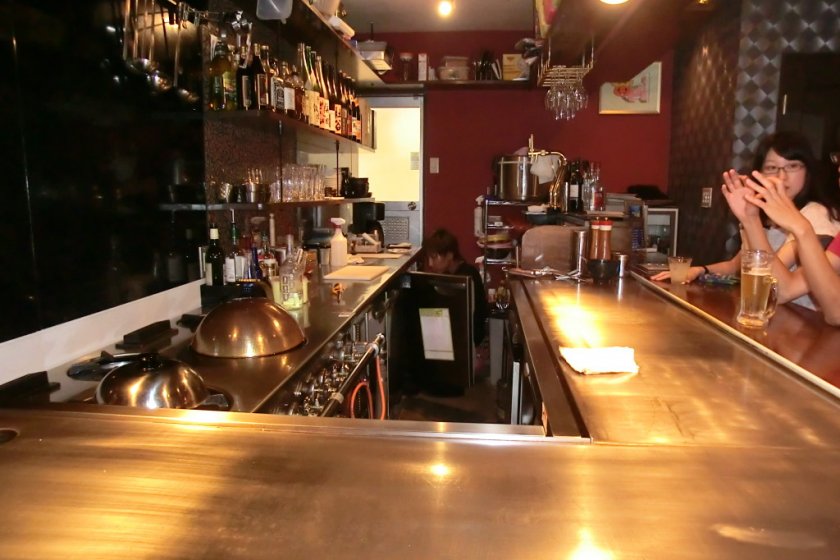 Shinkun’s Place is a small but interesting restaurant that opened in January 2011 and is slowly but surely becoming popular with anyone wanting to see some dramatic cooking.

Owner/chef “Shin-kun” or Shinsuke is just 27, and was keen to open his own restaurant after working several years at restaurants and hotels in Osaka. His specialty is teppanyaki which is grill-cooked food served in front of the customer on a large hotplate. Unusually though Shinsuke or his partner will often perform for customers by tossing cooking utensils, as well as salt and pepper shakers in the air and catching them behind his back.

One enjoyable highlight is the onion mountain, where he stacks onion rings on the grill; the lights are dimmed, then he pours alcohol over them and sets the pile alight. It looks as if the “mountain” is erupting before your own eyes.

The types of meals he serves include: homemade hamburger, diced steak, shrimp, fried potatoes, and filets of fish and much more. His most expensive (and tasty) dish is Wagyu (Japanese steak) cooked to your specification for 2800 yen. This steak, unlike “western” steak is marbled with streaks of succulent fat and creates a marvelous taste when cooked on the grill and the fat melts within the meat.

Customers can choose from a variety of sauces, such as tomato sauce, onion and garlic or demi-glace sauce for their hamburgers. Items can be ordered a-la-carte from the menu or ordered as a course menu, which runs to about 4,000 yen for one person. The course menu is highly recommended. Customers can also choose from an extensive imported wine and beer list. The restaurant also converts into a bar after 10 pm and is open until late but is closed on Sundays. It seats up to about twelve people at one time (six seated at the grill, or six at two small tables) and can be reserved for parties and special occasions. Reservations in English can be made by clicking on the email link. 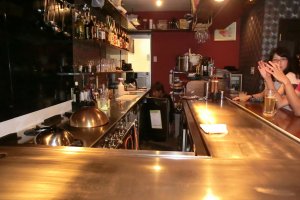 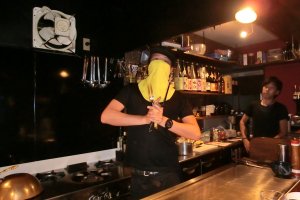 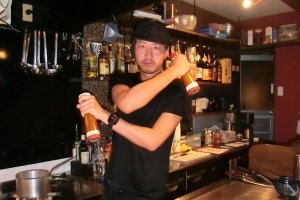 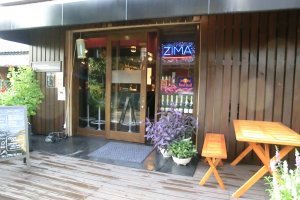 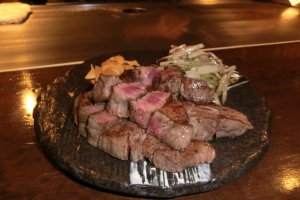 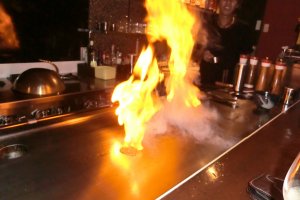