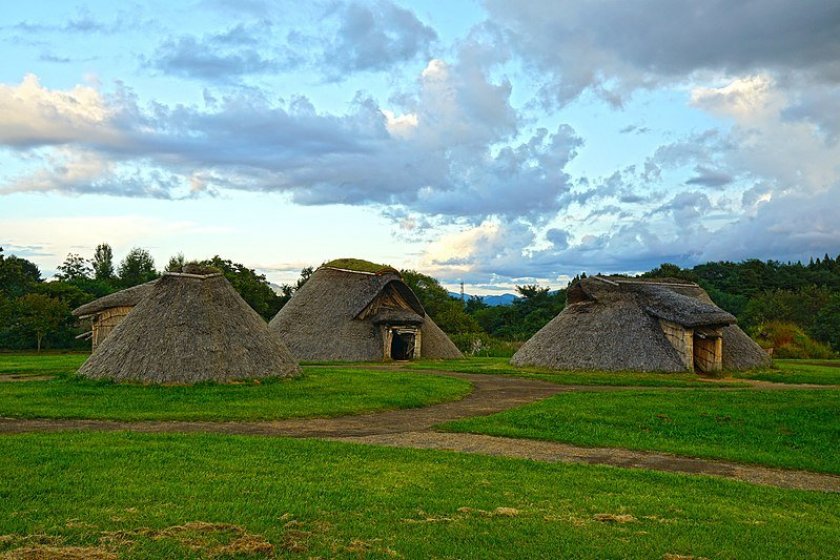 These sites are being added to the UNESCO list in 2021

It’s time to travel back in time more than 5,900 years. Imagine a Japan without skyscrapers, sans the shrines, and instead, visualize the lives of the Jomon-era people of Japan. Seventeen ancient sites spanning four prefectures—Hokkaido, Aomori, Iwate, and Akita—have been added to the UNESCO World Cultural Heritage list as of July 2021. This makes the Jomon sites Japan’s 20th UNESCO listing.

Spanning more than 10,000 years of Japanese history (14,000 to 300 BCE), the Jomon period people were the hunters and gatherers of Japan’s past. One of the defining features of the Jomon period is its pottery. This unique pottery and sherds of remnants were marked by pressing cords into the clay to create patterns, many pieces also exhibit rolled clay coils. This pottery is generally regarded as some of the oldest in the world. The abundance of this pottery implies that the Jomon people lived, at least, semi-sedentary lives.

With 17 sites being added under the umbrella of Jomon-era locations it may be difficult to know where to begin. Some of the most well-known and popular sites are spread across the northern Tohoku prefectures but are worth a visit. A visit to the Tohoku History Museum in Miyagi can also provide a good foundation of Jomon information. Here are some of the most popular places to see:

Enjoy a self-guided or fully guided tour at Sannai Maruyama Village, which is perhaps the most famous Jomon site. Located in Aomori Prefecture, a plethora of artifacts have been excavated since 1992; among these are pieces of pottery, wooden objects, and bone and antler-made items. There are also burial mounds, reconstructed pit dwellings, stone circles, and an on-site museum.

The stone circles of Akita Prefecture create a stirring and beautiful visual against the verdant land. This pair of large stone concentric circles remind modern people of the ingenuity and strength of our ancestors. The circles are surrounded by the remains of Jomon-era life, such as everyday pottery, stone swords, clay figures, and buildings.

Located in Hokkaido, this site is well preserved and is believed to have served as a place of worship and burial. In addition to death and religion, the region is full of signs of the Jomon people’s lives. With shores of shell and bone remains having been excavated. This site offers many hands-on experiences and is a wonderful place to learn more. 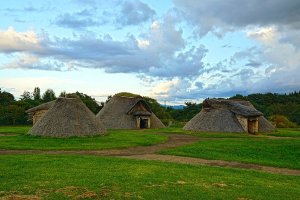 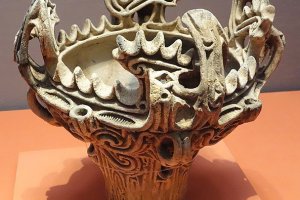 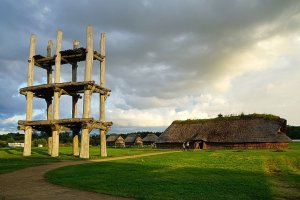 Elena Lisina 4 months ago
I still hope to visit Japan, and Jomon sites are on my primary list! Particularly I'd like to see Doga figures and "flame" pottery - they're really unique!
Reply Show all 0 replies

Elizabeth S 4 months ago
The pottery figures and containers are intriguing. Next time I'm in Iwata Prefecture, I'll seek out Jomon sites.
Reply Show all 0 replies

Kim 4 months ago
Visited Sannai Maruyama a few years ago, it was really interesting!
Reply Show all 0 replies
3 comments in total