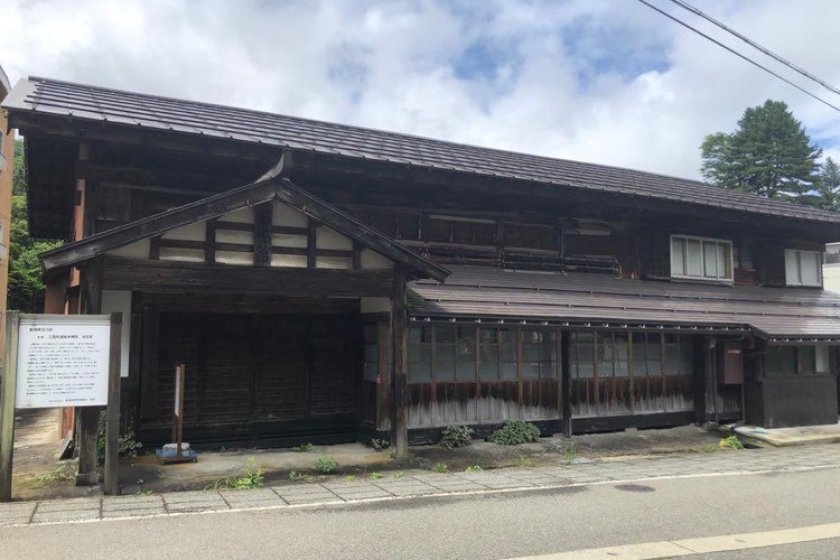 Built almost 400 years ago, Ikedaya was one of the residences of the daimyo's ministers during the old Edo period. This included those Sado Bugyo officials who were responsible for the mining operations on Sado Island. The inn also happens to be the only remaining daimyo inn on what is known as the old Mikuni Trade Road and has been designated as a prefectural cultural site of Niigata since 1954.

There are plenty of details here, including one of the rooms being decorated with an Asahinano swallowtail butterfly on the front gate and Kikuzabashi for the back gate, which is the descendant of Terumasa Taeda, a lord of the Ikeda family who served Nobunaga Oda and Hideyoshi Toyotomi. This room was used for higher-ranking elders and magistrates.

The inn also includes an elevated Shonin style room, a room raised above others in order to protect its important guests from attacks from below. There are also a variety of spears used by samurais serving the daimyo who visited this place and visitors will also find a separate room displaying the names of the visitors it has served. Listed on plaques of wood, their names are displayed all over the wall.

The building was built above the foundation stones to avoid earthquake damage. The stones are still visible to this day. The roof of the building is built from wood brought from Matsunoyama. This wood was hand-carved and processed on the spot and used for the construction process. The roof was made without the use of hammers and nails. Instead, wooden pins were used to press the wood-clad, then stones were used to press those pins.

There are many other items exhibited inside the museum including a daimyo's palanquin, a Japanese Zelkova ranma crosspiece, and sketches depicting the construction of the building and past ways of life as well as dining sets and utensils used in the old days.

Note: There is an entrance fee where, upon paying, a guide will give you a tour of the museum in the Japanese language. Taking pictures inside the inn, however, is prohibited.

The inn is a 10-minute walk from the Mitsumata Chuoguchi bus stop which can be accessed via bus from Echigo Yuzawa Station or a 12-minute car/taxi ride from the same station. 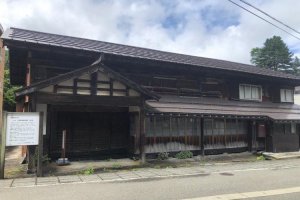 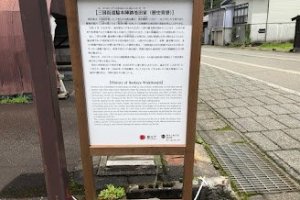 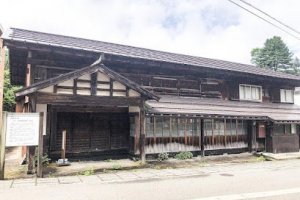 Bonson Lam 4 months ago
It is Ingenious how many traditional Japanese houses and castles are designed to withstand earthquakes, like that in Fukuchiyama
Reply Show all 0 replies

Elizabeth S 4 months ago
A precious reminder of the history there!
Reply Show all 0 replies