The small town of Osafune in Setouchi City, Okayama Prefecture, once enjoyed a heyday from the 12th to the 16th century as the bustling and prolific center of Japan’s sword making industry. It was the workplace of many of Japan’s distinguished sword craftsmen. In those days, the Setouchi-Okayama area was called Bizen, hence the Sword Museum is named as Bizen Osafune.

The Museum, built in 1983, is the only place now where we can see in one collection Osafune’s stellar swords, the reminders of its glory days. Forty of the swords are on permanent view, distributed between two floors. Part of the museum is an adjacent annex that houses the sword making workshops.

In the dimly lit quiet of one room, the swords are individually mounted on ghostly white satin covered pedestals, with a pin prick spotlight highlighting the gleaming sharpness of their blades. In another room, individual swords rest silently around a long table with a single sword at its head, to replicate a samurai meeting.

On view also are shorter, stumpier swords, some spears, daggers, and scabbards. Apparently the daggers could also be given to brides at that time to guard against evil spirits among other things. Most of the sword exhibits, unless worn and faded by time, bear the signature of their sword smiths, and the historical period in which the sword was made.

The most common sword on view is the katana, a slim, long-bladed sword It is probably the most well known Japanese sword thanks to samurai films. These swords are mostly single edged, and gently, almost indiscernibly, curved towards the end, a design attributed to Osafune. Prior to this, swords were double edged and clunky. But Osafune’s single edge and curved end is said to slice through eight men like butter with three short strokes, no discussion.

Many of the swords date back well over 1000 years, but they still retain their killer looks. This is why I think it’s quite easy to romanticize the swords, but it is a lethal romance. Their beauty is derived from the design features that make them weapons. That razor-edge, sleek, sharpness effective for instant slicing and dicing, that alluring, slender shape, easy to swirl and whirl to decimate the opponent. Osafune’s swords, mesmerizing in their perfection, grace, and elegance, are, really, deadly beauties.

The museum workshops have eight sword smithing stations that cover the process of transforming a clump of iron into a masterpiece of aesthetic artistry. Each stage takes up to several weeks or even months, and demands expertise, commitment, intense focus and precision. Even the training to become a mere apprentice could take arduous years. Sadly sword smithing is a dying art.

A direct JR train from Okayama to Osafune runs every 30 minutes, taking about 28 minutes. A map indicates the walk from Osafune Station is only about 2 km. Really? Take a taxi for about 1,000 Yen.

The museum opens from 9am-5pm daily except Monday. If Monday is a National Holiday, it will close on Tuesday. Admission fee is 500 yen. Workshops are free, operating every second Sunday of the month. Best to telephone ahead to double check.

No photography is allowed in the display rooms. 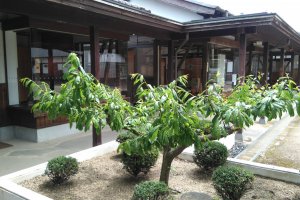 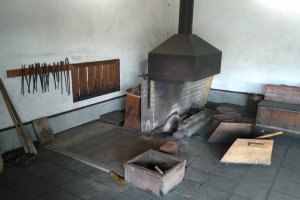 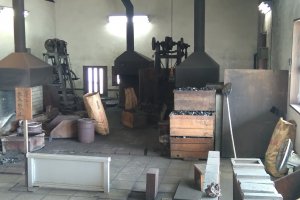 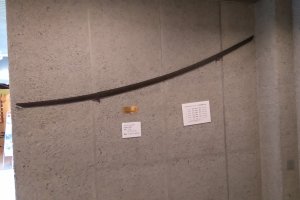 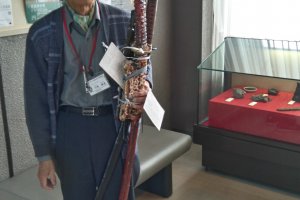 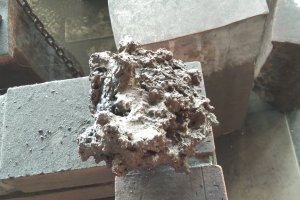 Sleiman Azizi 9 months ago
Deadly beauties pretty much sums it up.
Reply Show all 0 replies

Kim 9 months ago
Always impressed with the diverse range of museums in Japan - this one sounds fascinating!
Reply Show all 0 replies

Elizabeth S 9 months ago
This is a must-see for iado and kenjutsu enthusiasts. Seeing how the swords are forged is amazing.
Reply Show all 0 replies

Sander van Werkhoven 9 months ago
I already had this museum on my list for my cancelled trip this spring, but after reading this, I really want to go!
Reply Show all 2 replies

Arlene Bastion Author 9 months ago
You will!
Cheers!
Reply

Elena Lisina 9 months ago
My trip to that district also cancelled, alas! I love such places a lot, thanks!
Reply
6 comments in total