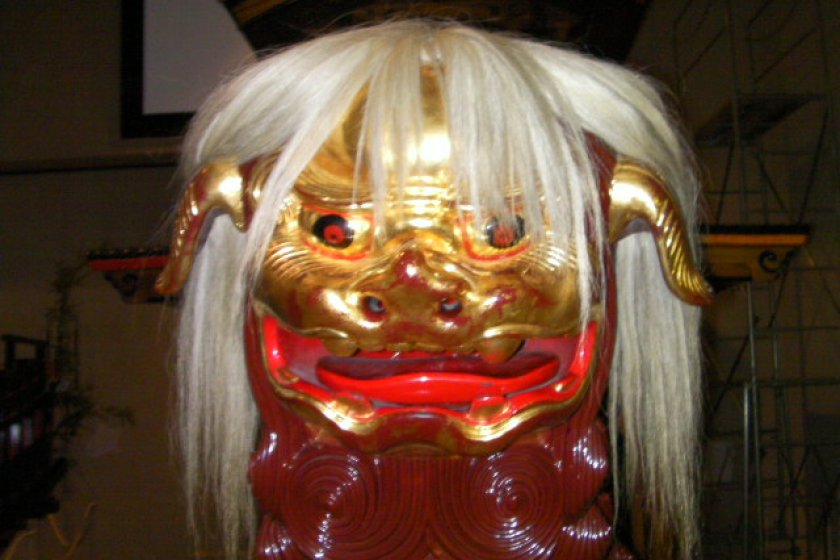 A testament to the importance of the sea

Located in an ivory colored former police station that is right out of a Chaplin movie, the Kaiyu Cultural Museum is a testament to the importance of the sea to Ushimado's history. Just down the road from the ferry station that takes you to the beautiful Mediterranean-like island of Maejima, the museum is divided into two parts.

The Danjiri Exhibition Room hosts two boat-shaped festival carts and a handmade wooden long boat, all of which are used yearly. The boat is actually seaworthy and is taken out by the townspeople to roll over the waves of the inland sea. They are pushed and pulled out of gigantic doors that are so infrequently used they might be mistaken for walls. When viewed from the outside it seems as if the doors were waiting patiently for a giant to come along and open them. After having a look around the museum you can sit down and watch a multi-lingual video that shows the history of the festival and provides a good look at the people of Ushimado, illustrating how both children and adults contribute to its success.

In the walkway leading to the Korean Mission Room there are two life sized mannequins of boy dancers dressed in the regalia that was worn by young visitors from Korea on that epic visit. You are taken back to the Edo period when ambassadors and their retinue from Korea regularly toured Japan. This is a reminder of the neighborhood we are in.

If you look at the map of the journey it is clear that Japan and Korea are locked in a fusion of culture. You can also see mannequins representing the Korean diplomats who were present during that journey. As you move through the mission room it becomes apparent how much Japan and Korea have in common. While Japan shunned most of the world, Korea was allowed to enter and welcomed with opened arms during the Edo era.

From the museum's murals it is easy to imagine the intensity of the cultural display put on by the Korean mission. The impact was so deep that the visit lingers on in Ushimado's festival. Gifts that were given over 150 years ago are on display opening up the past of two great cultures. 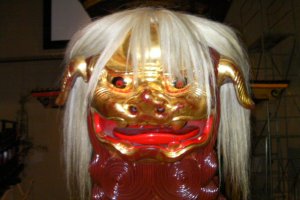 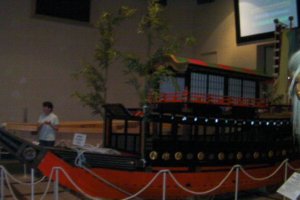 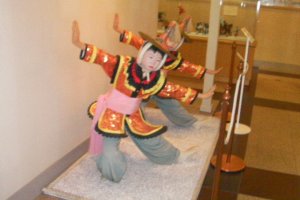