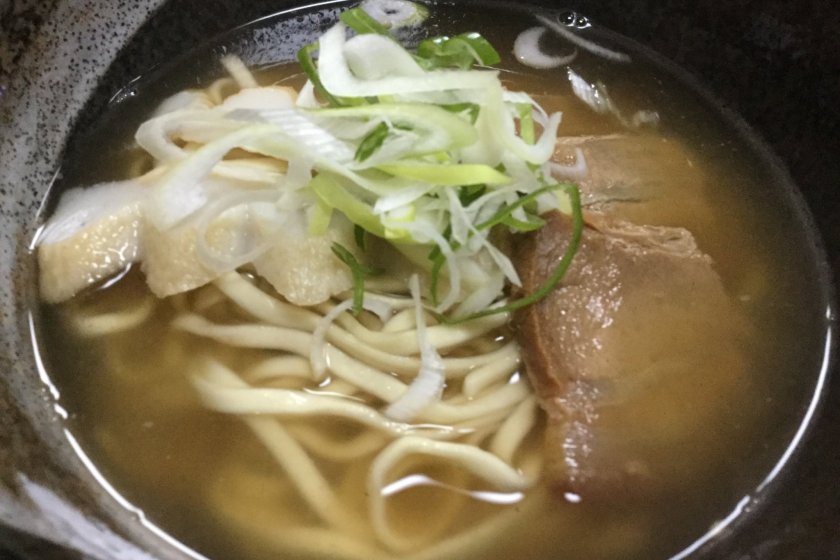 Okinawa soba in a homey atmosphere

What's the connection between Okinawa soba and the lovable blue cat from the future? Nothing except that maybe the proprietor loves Doraemon and that maybe, Doraemon would add Okinawa soba to the list of delicious things to eat along with dorayaki if he knew about it.

My partner discovered Doraemon because it was one of the few restaurants open when most of the establishments along the famous shopping street, Kokusaidori, closed due to the pandemic. The old obaachan running the place was delighted to welcome them, the only customers that night. The soba was so good my partner insisted that I should try it when I finally made it to Okinawa.

From the main shopping street, we turned off into a smaller one. The only marker to Doraemon was the restaurant's name and a panel with a photo menu on it. Up a flight of steps and there it was: a sliding door no different than one to someone's home.

And it does looks like someone's home circa Showa Era. There are table and tatami seating, the busy kitchen right there, and a TV turned on, just like home.

The narrow entrance also hosts the ticket machine where you have to pay for your order first. I conservatively picked the sanmainiku soba. The photo tells me that this consists of three slices of pork belly and kamaboko (fish cake), and doesn't include pig's feet or other more adventurous parts.

Doraemon's loyal patrons frequently order the Doraemon Set. This consists of a bowl of soba topped with soki (spare ribs), sanmainiku, tebichi (boiled pork leg), and kamaboko, and served with a smaller bowel of jushi (tasty rice cooked with small bits of vegetable and meat).

The soba noodles might remind you of udon but are thinner and flatter. The broth is made from pork and bonito. It is deliciously lighter than ramen broth I polished every last bit off.

Doraemon is a great place to stop for a taste of Okinawan comfort food in a homey atmosphere.

Doraemon is about a 5 minute walk from Kenchomae Station of the Yui monorail. Turn off the main shopping street into a smaller one. The restaurant is on the second floor of the building. 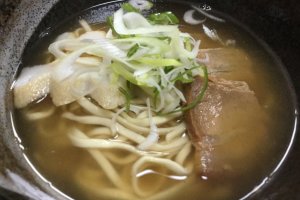 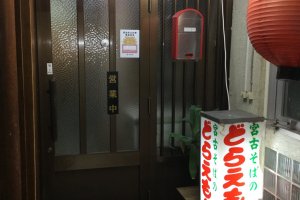 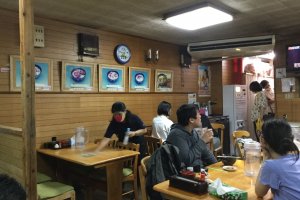 Bonson Lam 3 months ago
Love your opening line, and great to see some places open at this time! Looking forward to other articles on Okinawa in the future!
Reply Show all 3 replies

Sherilyn Siy Author 3 months ago
Thanks Bonson! Yes, Kokusaidori is opening up. Relieved to see that most of the businesses manged to stay open somehow.
Reply

Elizabeth S 3 months ago
That is a relief to read. Tell us more about Kokusai Dori restaurants! Years ago, I had dinner at a sushi restaurant there, and it was spectacular. I mean, the menu looked like an aquarium guide!
Reply
4 comments in total