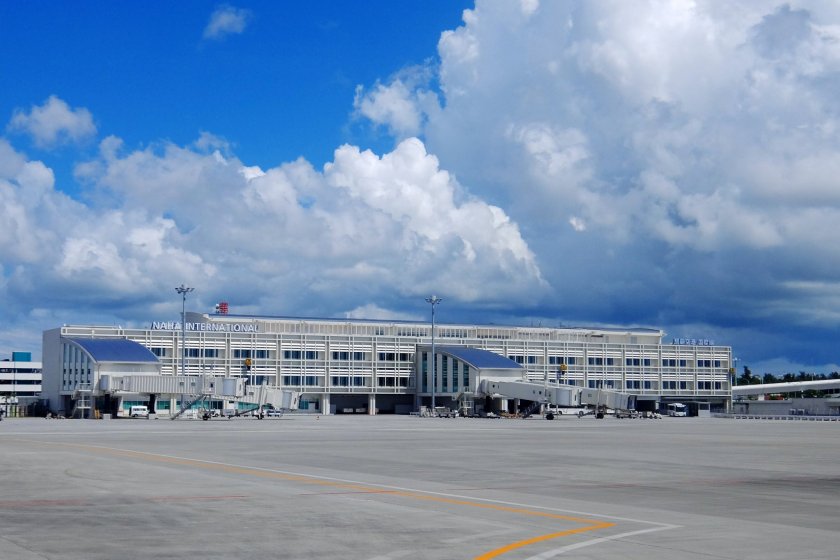 Your connection to a slice of island life

Okinawa is a popular destination for travelers, and because of that, Naha Airport takes the title of Japan's 7th busiest airport. The airport operates domestic routes which cover most corners of Japan, as well as a wide range of international services to destinations including China, Malaysia, Hong Kong, Taiwan, South Korea, and Singapore to name a few.

The airport covers four floors, and there are plenty of options for shopping and dining. You'll find various chain restaurants and cafes including A&W, Subway, McDonalds, Yoshinoya, Tully's Coffee, and Starbucks, as well as Lawson and Family Mart convenience stores. If you'd prefer something more slow-paced, there are a host of other eateries serving up both Japanese and Western-inspired dishes. Many of them sell Okinawan specialties like taco rice, soki soba, and desserts that use beniimo, or purple sweet potato - those are definitely worth checking out as an introduction to the regional cuisine of the prefecture.

The shopping options also have plenty of local flair, such as the Blue Sky store where you can stock up on awamori, (an Okinawan liquor), chinsuko (a type of cookie/biscuit similar to shortbread), and more. The Okinawa World store is worth a visit if you want to grab yourself a Kariyushi shirt - they're similar to Aloha shirts from Hawaii, and they were first produced in the prefecture in the 1970s. In Okinawa they're worn for any occasion, from relaxed casual events to more dressy ones.

For those who are seeking information on things to see or do in the prefecture, there is a visitors information center located on the first floor. Car rental counters are also available on the first floor if you plan to self-drive on your island adventures. On our visit we rented through Times Rent-a-Car, who offered a shuttle service from the airport to their premises which is about five minutes away.

Okinawa's Naha Airport is located approximately 10 minutes by car from central Naha, depending on trafffic conditions. Parking is available at the airport for over 2400 vehicles.

For those who are traveling via public transport, there is a designated stop for the airport on the Yui Monorail. Travel time from Shuri Station to Naha Airport Station is just under 30 minutes. 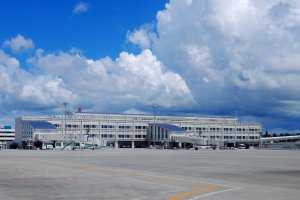 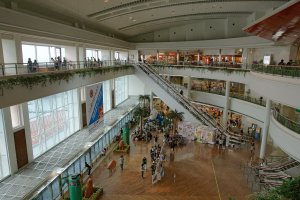 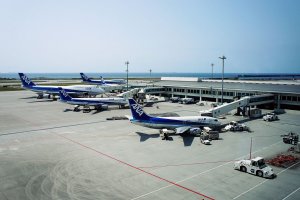 And I love the Yui Monorail! Really quick from the airport to the centre.
Reply Show all 3 replies

Kim Author 4 months ago
Oh, you're good! The list I have has Haneda in top spot followed by Narita, KIX, Fukuoka, Sapporo (CTS), Osaka Itami, and then Naha. Nagoya was 8th, so you were incredibly close!
Reply

Bonson Lam 4 months ago
I can understand why Nagoya could have been in the top six, it has a much bigger population than Naha. However it is much easier to travel from Nagoya to Tokyo/ Osaka/ Hiroshima by train than plane, hence it is lower in ranking. Naha on the other hand has no bullet train and is far from Honshu, making it a bigger airport (plus all the inbound holiday makers which Nagoya has less of)
Reply