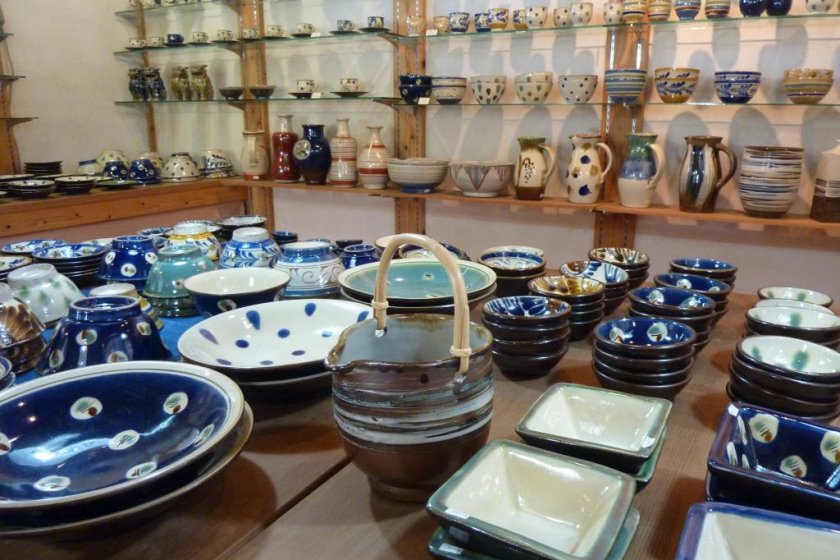 A potter’s paradise in a subtropical setting

A shop at Yomitan Pottery Village

Okinawa is known for its Tsuboya pottery, a type of unglazed pottery that became all the rage on the island in the 16th and 17th centuries when three Korean potters were encouraged to plant roots on Okinawa and teach the locals their age-old techniques. Most of the apprentice potters settled in and built studios near the Tsuboya neighborhood of Naha City, an area still associated with pottery today. By the middle of the 20th century, however, city residents grew tired of the billowing smoke from the old-fashioned kilns, and potters began to look for an alternative location further afield.

They found their solution on the island’s western shores, and the past few decades have witnessed the growth of a potters’ enclave amidst the scrubby sub-tropical brush of the Yomitan Peninsula. A single-lane paved road connects the string of welcoming studios and shops known as Yachimun no Sato, where around forty-five potters showcase their wares and demonstrate techniques in workshops. The nearby sea provides obvious inspiration and fish seem to be the most common motif adorning the colorful creations. There are also a considerable number of stoic ceramic shisa, Okinawa’s famous lion dogs, guarding the stores (and, for the right price, your home).

In the middle of the village, an old-style noborigama (climbing) kiln graces a small incline. The red-tiled structure is a communal kiln, shared by many of Yachimun no Sato’s artisans. Several times a year, it’s fired up to heat a batch of joyachi, glazed pieces that comprise the majority of the village’s income. There are also a number of private kilns scattered around the area, but be respectful of the roped-off sections. Most are off-limits to casual visitors.

The village is fairly well-signed on the Yomitan Peninsula – both Routes 6 and 12 have lanes leading to the village. There are several free parking lots on site – just pick one and make your loop of the village from there on foot. Crowds are heavier, but it’s worth making the trip during the annual winter pottery sale, usually held the third weekend of December. The village is generally open year-round, but a number of the shops close on Tuesdays. 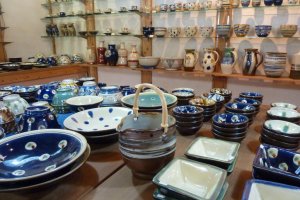 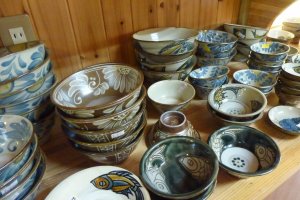 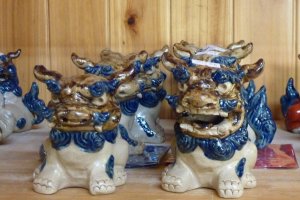 Bonson Lam 5 years ago
This looks like an amazing place! Is there somewhere in Okinawa where tourists can get an hands on experience in a pottery class?
Reply Show all 2 replies

Mandy Bartok Author 5 years ago
I don't personally remember any place in Yomitan where you could do a hands-on pottery experience but perhaps they have one now, or else the Tsuboya pottery village in Naha might have something. At Ryukyu Mura and some other places, you can form and paint your own shisa out of clay but that's a bit different.
Reply

Bonson Lam 5 years ago
I have been to Ryukyu Mura and didn't know. Thanks for the great idea!
Reply
3 comments in total