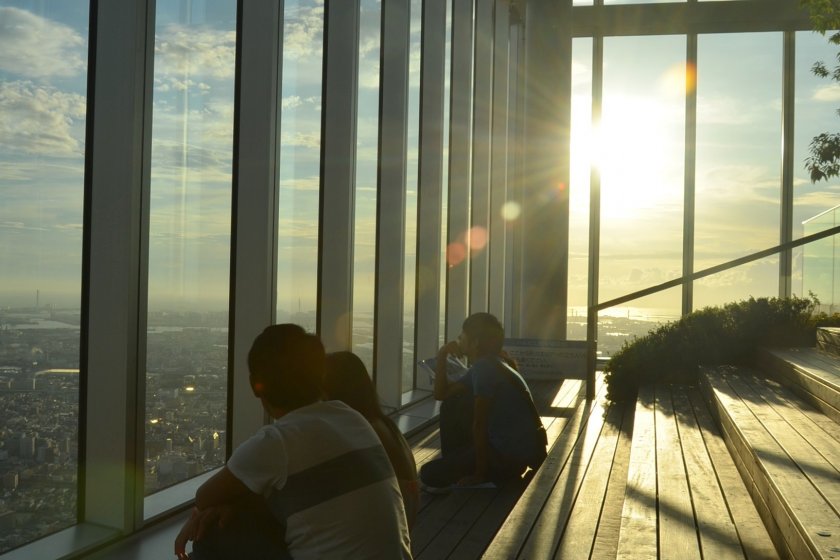 If a picture indeed speaks a thousand words, the magnificent views at Abeno Harukas must be worth millions! Standing at a height of 300 meters, Abeno Harukas is Osaka’s latest leading landmark. It is also Japan’s tallest building as of now.

Based on an old Japanese expression, “Harukas” means “to brighten or to clear up”. This name was aptly chosen for the towering glass building that offers sweeping views of Osaka Plain from its observatory at its top floor.

Nestled within the vibrant towns of Abeno and Tennoji, Abeno Harukas is a mixed-use development that comprises the departmental store, offices, hotel, observatory, museum and even the subway! In fact, it houses the Kintetsu Ōsaka-Abenobashi Station at its basement.

Officially opened in March 2014, I have been looking forward to visit this architecture gem after seeing its pictures on Instagram. And I finally got an opportunity to do so! Natural light shines upon the glassy exterior to create a futuristic atmosphere, as I stood admiring its exterior from the bridge across the road.

At the building, there are helpful signboards as well as service staff directing patrons between the ticket counter (at level two) and elevator to the observatory. Everything was very systematic and I barely have to queue.

After getting the ticket, one shall be ushered into the elevator towards the 16th storey, which also houses the Abeno Harukas Art Museum. From there, we were transferred to another elevator that took us to the 60th storey.

I was rendered speechless.

Apparently, I was not the only one. Upon stepping out of the elevators, it seems that every lift load of people would have the same reaction. There was a hush in the air, as people stared admiringly at the breathtaking views ahead.

All that separates one from Osaka city is a glass wall. Artfully designed, this environment-friendly building also features open spaces that welcome natural light and air. I was stunned by the beauty and it took me a while to come out of my reverie.

With its simple layout and innovative design, one can easily identify the different directions. Similar to other observatories, there are ‘landmark guide’ that help one to identify popular landmarks. The only difference in this case must be the magnificent view, which I cannot stop raving about (do pardon me!).

Visiting during the late afternoon has several perks. Besides the relatively smaller crowd, one can also look forward to a spectacular sunset view over Osaka Bay (if weather permits). At the same time, you do not need to wait too long for the beautiful light show that shall be projected onto the deck of the Sky Garden (an open-air outdoor plaza on 58th storey) during nightfall. Note that re-admission is not permitted.

Did I mention that the night scenery is just as awesome? As the sun made its descent, buildings start to light up and the city beneath looked like it has been littered with a million stars.

Prior to leaving, don’t forget to visit the souvenir store for some Abeno Haruka’s specialised merchandise that comprises food, toys and stationary etc. If you are hungry, you may drop by the café at the Sky Garden or head on down to the wide choices of restaurants within and around the building.

There is something magical about Abeno Harukas. Visit it to find out for yourself.

Find out more about Abeno Harukas. 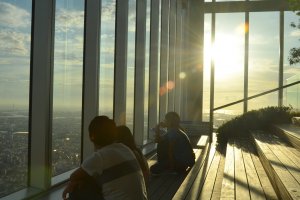 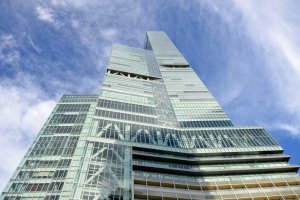 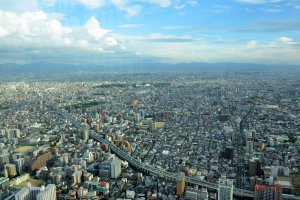 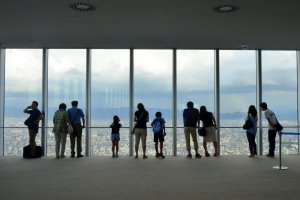 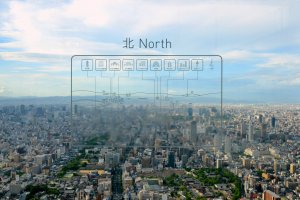 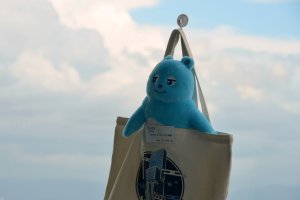 Karen Zheng Author 6 years ago
Hey Daniel, I just left China to return to SG. The level of restriction to websites is ... phew! anyway, good luck and hope you have fun in Japan when you make your way there. ;)
Reply Show all 0 replies

JapanTravel Guest 6 years ago
Hey Karen, I am from the UK, living near London. I am going to China in October to teach and work for an English newspaper, I am hoping to intern for Japan travel next September if I get accepted :) Either way one day I will be in Japan :)
Reply Show all 1 replies

Geoff Day 6 years ago
Always appreciate your comments Daniel, hope we can bring you in next year!
Reply

Karen Zheng Author 6 years ago
Thank you, Daniel! Where are you from? Abeno Harukas 300 is the best observation deck that I have visited in Japan, definitely worth a visit! :)
Reply Show all 0 replies

Great article even better pictures! I did something similar in China, Guangzhou in the TV tower but because of pollution you can't get a view like that. The sky looks so clear up there and those night pictures are amazing! This is something I am definitely going to do when I come to Japan! I don't know when that will be but it will happen one day!!
Reply Show all 0 replies
5 comments in total