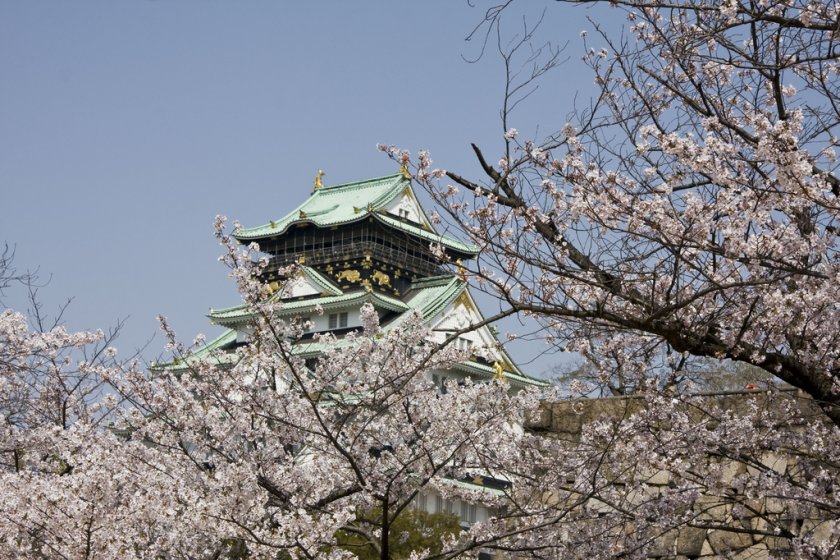 Osaka Castle's peaceful park is a prime spot for sakura

Osaka Castle is a favourite spot for cherry blossom photography.

Not all Osakans pack up and head for Kyoto when it's cherry blossom time - the north end of the city has a number of fantastic spots for sakura viewing without having to fight too hard for ground space.

Near the top of the list for many is Osaka Castle Park (Osakajo-koen), the expansive park near Kyobashi where one can enjoy the juxtaposition of blooming cherry blossoms alongside the famous castle. Of course, it doesn’t hurt that the park has over 4,300 cherry trees on its grounds, which are illuminated at night for a week during the peak of the season. It also wouldn’t be Osaka if the park wasn’t teeming with food vendors during the height of hanami. If you haven’t brought enough of your own, you can pick up most of the mainstay festival foods at the stalls here.

Taiko drummers are also a popular sight in the park. As visitors to the castle already know, you have to do a bit of walking to get where you want to be, especially when the main thoroughfare from Osakajokoen Station is not among the areas for prime viewing, and can be pretty crowded, to boot.

Try walking around the perimeter of the castle to see your options - many people head directly for Nishinomaru Garden, better accessed from Tenmabashi subway station. If you don’t mind paying the 350 yen entry fee, this area is a beautiful spot especially at night, and has 600 trees of its own. In some other areas, the trees can be a little sparse, but keep exploring the many divergent paths on the grounds until you find an area you like. Unlike some of the other popular cherry blossom parks (and some people take their cherry blossoms very seriously, camping out the night before a company party!), the size of Osakajo-Koen means that you have a good chance of finding a nice spot no matter what time of day you arrive.

For night viewing, arrive early - the prime spots in Nishinomaru will probably be best had before sunset, and as the illuminations are only for a limited time, this area is quite popular. Don’t spend too much time stressing out over the venue, though - after all, most people hold hanami parties to relax and have a good time!

When I was young, I dreamed of going overseas and having a great adventure. By the time I was in university studying Japanese, I knew that place would be Japan. After three years teaching and learning Kansai-ben in the one and only Osaka, I returned to Canada. Lately I've enjoyed blogging and writing stories about my second home, so that others can share the places I knew and loved - I'll definitely go back there someday soon. 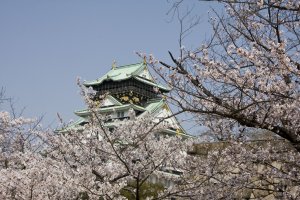