Bunraku is the name for “puppets theater” in Japan. Originally called Ningyō-jōruri, this type of theater refers to a combination of puppetry, music and storytelling.

The success of Bunraku is hidden behind the efforts of a well synchronized team that trains for years before they can actually perform on stage: The puppeteers, the gidayū narrator and the shamisen player. The puppets themselves are done up in great detail and have an excellent mechanism supporting their bodies. They are perfect imitations of “little humans”. However, we need to remember that they are still marionettes operated by men. It’s the combination of the skilled operator and the mechanism of the puppet that gives the illusion that the puppet is “alive”. What is important to remember is that in the West, plays created for puppets usually are written to entertain children but in Japan this form of art has reached a level of excellence, and is aimed at adults.

Another interesting aspect of Bunraku can be found in the language and texts that the plays use. As most of the repertoire was written in the 18th century, it is not surprising that the language used has little or no resemblance to the modern Japanese that is spoken in Japan today. Although in recent years there have been efforts to use modern Japanese, it has been noted that this violates the necessary distance between the theater/non-real world and the real world that we live in. Moreover, there is an exaggeration when it comes to the human expressions of sorrow. In order to keep a balance between realism and non-realism both the narrator and the shamisen player and of course the puppeteers need to exaggerate in their reactions. Furthermore, this characteristic of Bunraku prepares the audience to accept more easily scenes that would be extremely harsh and scary in reality. For instance, the scene Terakoya in Sugawara Denju Tenarai Kagami when Matsuōmaru examines the head of his son Kotarō. If that scene was represented in real life, the audience would be undoubtedly terrified at seeing a real head!

All the facts mentioned above in combination with the very well trained and skilled three puppeteers that need to act as one for the puppet to “move” harmoniously is what gives to the audience the feeling of a magnificent theatrical performance.

The museum has “Earphone-Guides” for ¥700 with an exact translation in English so that non-Japanese speakers can follow and enjoy the play (refundable deposit: ¥1,000). You can buy single act tickets for the reasonable price of ¥1,000. At the museum’s ground floor there is a free exhibition about Bunraku and there you can find brochures with a lot of important information. Bento, a Japanese lunch box, is sold next to the theater entrance. There's also a reading room and and audio-visual room with related material.

Japanese performing arts are very beautiful, unique, and part of the country’s rich culture and heritage. You should definitely go and see a performance of either Bunraku or Kabuki or Noh (classical Japanese drama/theater).

The National Museum of Bunruku in Osaka is 5 minutes away from the Nippombashi train station served by the Osaka Municipal Subway, the Sakaisuji Line, the Sennichimae Line and the Kintetsu Namba Line (from the Kintetsu Nippombashi Station). 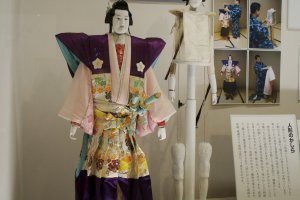 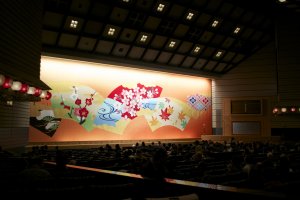 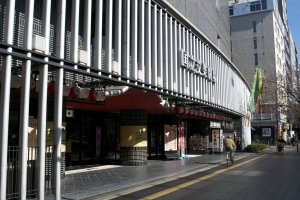 Elena Lisina 5 years ago
I'd like to watch Bunraku performance some day!
Reply Show all 0 replies

Elena Lisina 5 years ago
Do three actors operate one puppet at Bunraku?
Reply Show all 0 replies

Selena Hoy 6 years ago
Ooh, this is really cool. Love this kind of spot, thanks for putting it on my radar. Bunraku!
Reply Show all 0 replies
3 comments in total