Japanese theater has a long and rich history, but the idea of visiting a theatrical performance in a foreign country can feel intimidating. Fearing they might not be able to follow the story on stage because of the language and cultural barrier, potential theatergoers might choose not to risk disappointment and miss out on a great opportunity to make memories and experience one of Japan's great arts – especially since many theaters are prepared to accommodate international patrons and make the performance accessible to them.

This guide aims to be an introduction to the different forms of Japanese theater and assist with the decision which might be the most fitting experience for you.

Dating back to the 14th century, Noh is the oldest theater form that is still performed today and part of the UNESCO Intangible Cultural Heritage. Unlike its younger sibling, kabuki, Noh was never entertainment for the masses, but originally only catered to the higher classes. Shogun Ashikaga Yoshimitsu was the first of many prominent Noh fans and loyal patrons. During the Tokugawa era (1603-1868), Noh maintained its role of entertaining the elite. Over the centuries, the language and style of storytelling in Noh plays have become extremely codified, a tradition which continues to this day.

Traditionally, Noh plays are very long. One program included five different plays, with comedic kyogen intermissions in between. While today's performances tend to be shorter (after all, today's audiences don't consist of feudal lords with an entourage of retainers and servants to take care of business while their masters enjoy the day out at the theater), the performances themselves haven't changed significantly. Noh is a slow, almost ceremonial experience where emotions are conveyed through highly stylized gestures.

This codification is further emphasized by the performers wearing masks, one of the key features of Noh theater. These masks, which can represent women, children, old people or ghosts, can "change" their expression by the slight tilting of the actors' heads. Performers have been exclusively male, and while it is theoretically possible for women to act in a Noh play today, the tradition is strong with this ancient theater form.

Noh plays are often based on traditional tales, including supernatural elements. The protagonist (shite) and his counterpart (waki) are accompanied by a chorus (jiutai) of 6-8 people and a group of instrumentalists (hayashi) in the traditional attire of kimono and hakama, playing flutes and drums.

As there are no curtains in a Noh theater and lights are usually kept on during the performance, the audience sees the actors enter and exit the stage over a bridge (hashigakari). While there are no sets, the elaborately dressed actors make use of stylized props such as fans.

Theater enthusiasts can experience Noh at the National Noh Theater and Suigian in Tokyo, the Ohtsuki Noh Theater in Osaka, or, with a little bit of luck and determination, at one of the beautiful outdoor stages at temples or shrines.

When we visited the Ohtsuki Noh Theater near Osaka Castle in 2013, there was no English audio guide available, but the theater provided extensive information about the art of Noh and the play itself in form of an English pamphlet.

Just like Noh, kabuki is part of the UNESCO Intangible Cultural Heritage of Humanity. Funnily enough, what is the best-known form of Japanese theater today grew out of opposition to the "stiffness" of Noh, wanting to "shock" the audience with more modern, racy stories. If Noh was high art in Tokugawa Japan, kabuki marks the birth of popular culture. People from all classes mixed in the theater. Naturally, the shogunate was not a fan.

While a few female troupes exist in Japan today, kabuki is still very much characterized by male actors playing all the parts. The actors specializing in female roles are called onnagata, and they are very much the stars of a kabuki performance. Dressed in elaborate and flashy costumes, kabuki actors do not wear masks, but a characteristic white makeup with color-coded details (red for heroes, blue for villains).

Even though kabuki was considered much more modern than Noh in Tokugawa Japan, the kabuki we see today has become more and more stylized. To establish their characters, the actors hold bold, exaggerated poses called mie, which – if done impressively – are met by the audience shouting the name of the actor's house.

Today, we consider kabuki to be high art, but it has always been known for its impressive use of special effects, including revolving stages, trap doors, lifts and other mechanisms for surprising entrances and sudden transformations. Containing all the ingredients for a modern summer blockbuster movie, kabuki tells an array of different stories, from historical (the 47 ronin) to domestic ones. Traditionally, kabuki has shared many of its stories with bunraku, as both theater forms heavily influenced one another. Over time, many bunraku plays have been adapted for kabuki, and vice versa.

International guests can enjoy a kabuki performance at the Kabuki-za Theater in Ginza, Tokyo, which uses an incredibly convenient subtitle captioning system instead of audio guides.

For kabuki fans who prefer a more traditional setting, the Kanamaru-za or Konpira Grand Theater in Kotohira holds performances in Japan's oldest remaining kabuki theater for one month a year, usually in springtime. The rest of the year, the theater is open to the public (backstage area included), making for a wonderful experience for theater enthusiasts.

Last but not least, there is bunraku, Japan's traditional puppet theater. Also known as ningyo joruri, the first bunraku performance was held in Osaka in 1684.

Bunraku does not share a lot of similarities with western puppet theater. The puppets, which can be up to 1.5 meters tall, are moved by three puppeteers who have to be in perfect harmony to breathe life into the character. The head puppeteer moves the right arm and the head, a second puppeteer moves the left hand, and another one is responsible for the legs and feet. All puppeteers are operating on stage, clearly visible for the audience. To not distract from the play, the puppeteers moving the left hand and feet are dressed in black, wearing hoods. Only the head puppeteer will be unhooded, respecting the years of training preceding the achievement of this honored position.

The sophisticated heads of the puppets are made out of wood, and some of them can transform if a story's supernatural setting so requires.

To the side of the stage are the chanter (tayu) and the shamisen player, both of which are integral to the experience. There is only one tayu in each play, and it is his responsibility to bring the puppets to life. Giving each character their own voice in a usually very exaggerated way to increase the emotional impact, his job is extremely challenging and exhausting.

Bunraku, which shares several stories with kabuki, is known for its lovers' suicide plays and is not meant to be a theater form to educate children, as one might suspect at the mention of puppets. While kabuki offers a stage for individual actors to shine, bunraku is more faithful to the original scripts and considered an author's theater.

The National Bunraku Theater in Osaka has an English earphone guide to help international visitors follow the plot and inform them about important symbolic meanings and musical tropes to increase enjoyment and appreciation.

For international fans of bunraku interested in learning more about this unique art, the Tonda Puppet Troupe in Shiga Prefecture organizes international exchange programs for students. 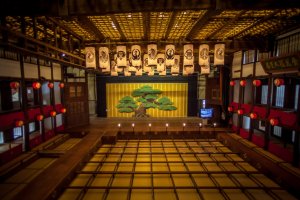 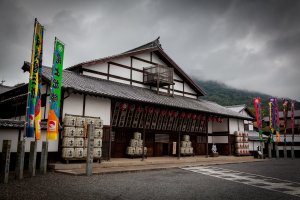 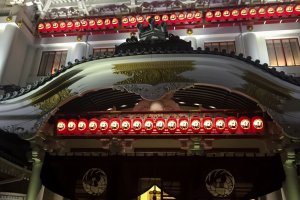 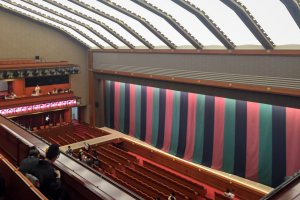 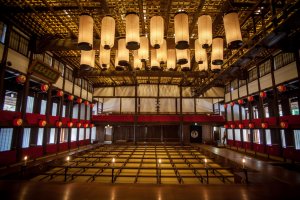 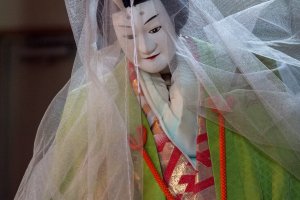