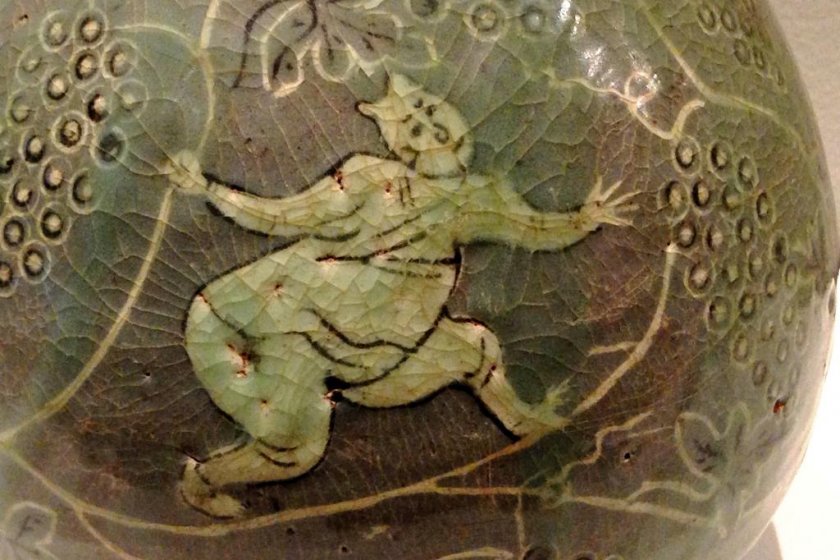 A treasure trove to a Millennia of china

Where would you go to see the best ceramics collection in Asia? Would you go to Taipei, Seoul, Bizen, or Beijing? Actually, it is all here in an understated purpose built museum in the heart of Osaka. The Museum of Oriental Ceramics, Osaka is a treasure trove from two millennia of chinaware, from Persia, Vietnam, China, Korea and Japan. Spending a few hours here gives some clues as to why traders from around the world came to this part of the world to find these sought after pieces of art as well as home wares, art that is useful as well as beautiful.

Some of my favorite ceramics come from the Korean collection. In the golden age between the eighth and twelfth centuries, traders and envoys would come to Korea to admire their Celadon pottery, which technologically was most advanced in its time.

The melon shaped Celadon tea pot in particular is as playful as it is beautiful. It reminds me of the giant red pumpkin by Yayoi Kusuma on Art Island in Naoshima, on the famed outdoor gallery. At the same time, it celebrates the beauty of nature and of bountiful harvests in its slightly embellished shape. Devoid of garish colors or decorations, the teapot is elegant in its jade green hue. Amazingly there is no jade used in the making of the teapot, and so the hallmark of many Celadon pieces was their “radiance of jade and clarity of water”. Celadon was particularly sought after a thousand years ago by the Persians, as they thought that Celadon would break or change color should poisoned food be served on them. It was like these ceramics took on celestial qualities.

The almost childlike, slightly off centered drawings in the Buncheongware collection have a charm all of its own, with some of them taking on a cave painting like quality. On the other hand, some of the designs have a contemporary resonance, reminiscent of the slightly abstract Marimekko like floral designs, using broad brush strokes and featuring big round leaves and botanic motifs. Speaking of Finnish designs, the museum also hosts visiting exhibitions of ceramics from around the world, such as England and Scandinavia.

Osaka, the original merchant city of Japan with a long history of international trade, is a natural home for this museum. Founded in 1982, its original collection of Ataka and Chinese ceramics has been expanded, and now covers several thousand pieces. From China, the Han, Song, and Ming Dynasties are covered, while Korea is represented with art works from the Silla, Goreyo and Joseon Dynasties. Japanese ceramics from the Nara to Edo periods are showcased, and samples from the entire collection are rotated every few months.

Even if you are not a museum or a ceramics person, you may be pleasantly surprised. It would take you between 30 minutes to 2 hours to make your own discovery, and there is a pleasant café and museum shop. At 500 yen, it is a reasonable price to pay for such a well thought out collection from around the world in one place. I would definitely put this museum on the “to do” list, especially for a rainy day.

It is covered by the Osaka unlimited 2 day pass, which is 2700 yen for selected attractions, subway and buses. It does not cover the separate Keihan train network that serves Naniwabashi Station; however it is just 400 meters or a five minute walk from Yodoyobashi Subway station, in the pleasant museum mile and Victorian civic district by the river. 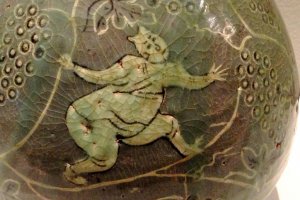 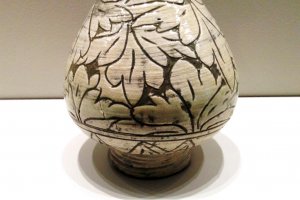