A visit to the birthplace of Japanese porcelain

Have you ever heard about the birthplace of ceramics in Japan? I had a chance to visit old Hizen Province, including Arita, Imari, and the surrounding area, rich in porcelain tradition, and hear some of this amazing story. After touring the nearby pottery villages of Mikawachi and Hasami on my exploration of the area surrounding Arita, I then visited a special quarry at Mt. Izumi, or Izumiyama. It’s known as Hakujigaoka Park (map) and can be found a short walk from Kami-Arita Station.

This quarry has been an officially designated place of national cultural heritage since 1980. It’s where the Korean potter Ri Sambei (also known as Kanage Sambei and Yi Sam-Pyeong) discovered kaolin, rock rich in clay minerals used to make porcelain, in 1616. Although other earthenware products date back many centuries before this in Japan, and the Japanese imported porcelain for centuries from mainland Asia, this is the time and place where porcelain was first made in Japan. On the left side of the entrance to the quarry, you can see a wall known as the Memorial for the First Potters. It was built using remnants of old kilns to commemorate the achievement of distinguished craftsmen who dedicated themselves to the development of porcelain in Arita.

After the quarry and wandering around the town of Arita, stopping for lunch at the Arita Gallery, I then visited the Shingama-Seika kiln. Located a five-minute taxi ride from Arita Station, this ceramics factory was founded in the early 19th century under the direction of the Nabeshima clan, the local rulers. You can tour the grounds and see the giant climbing kiln on the hillside dating from 1830, as well as a small climbing kiln, the latter of which is still in use. The company developed a brand called Seika in 1976, making porcelain with cobalt blue designs and white underglaze. The factory produces diverse tableware products. You can participate in a pottery workshop here and visit their exhibition hall.

Near Arita lies the town of Imari, which has served as the port for Arita products to be shipped throughout Japan and around the world. Imari, however, also has a rich history of porcelain production. At the southern edge of the town you’ll find the village of Okawachiyama. Known as the “Village of Secret Kilns,” Okawachiyama has a proud history of more than 300 years of porcelain making.

Traditionally, there were three different kinds of colorful porcelain on the blue or white backgrounds. Iro-Nabeshima has multicolored overglaze enamel, Nabeshima-Sometsuke is named for sometsuke, or cobalt-blue paint, and Nabeshima-Seiji is derived from celadon (a green color). These Imari-ware products are made with different procedures, required to produce the desired design. After pieces of clay are shaped by hand or mold and dried in order to evaporate the remaining water, the products are fired. Then they are decorated, glazed and fired again, sometimes multiple times and at different temperatures, depending on the complexity of the designs.

One of the most famous companies in Imari is Hataman (map). See the photos to get a glimpse of their beautiful products. 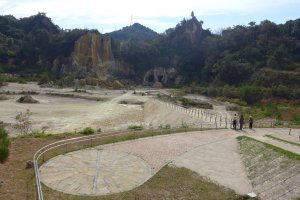 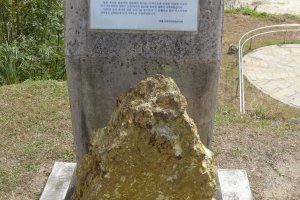 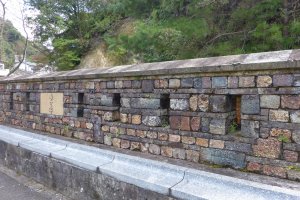 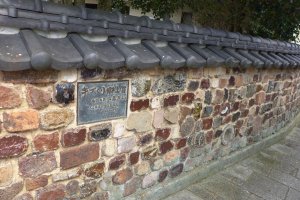 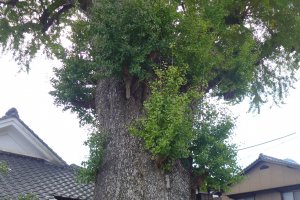 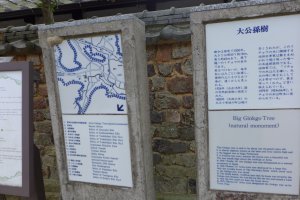 Kim 3 years ago
I visited Arita recently and loved it but I didn't get a chance to visit this place! Hopefully that's all the more reason for me to return - it's a charming town!
Reply Show all 0 replies

Neal Dang Author 6 years ago
Thanks for your compliment Shiroi san. Its technique originated from Korea and was developed by a German chemist, so I guess it remained the European style. :)
Reply

Elena Lisina 6 years ago
Yes, that blue color reminds Dutch style first of all! I'd like to visit that place in Japan. I like arts and crafts, myself I'm a doll artist.
Reply

Neal Dang Author 6 years ago
It's worth visiting, the birthplace of ceramics in Japan.
Reply

Elena Lisina 6 years ago
Yes, I've put it in my plan for the next visit! Thank you! : )
Reply
6 comments in total