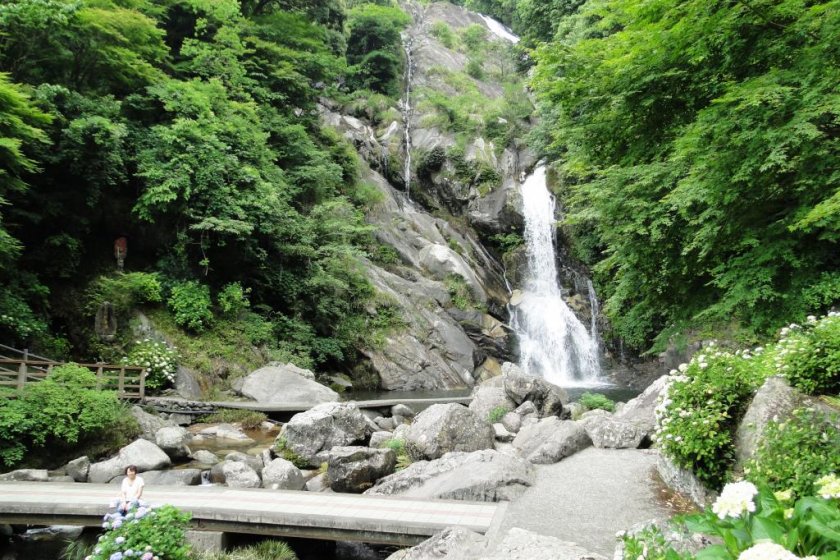 A short hike through the hydrangea in rural Saga

Saga is one of those prefectures where it pays to have a car. Sure, the train can get you fairly easily around the pottery towns of Karatsu, Imari and Arita, but then you'd miss out on Saga's rural side. And with an abundance of waterfalls in the northern part of the prefecture, you certainly don't want to miss out.

Since my time is Saga was limited, I chose to visit just one waterfall - the Mikaeri Waterfall located in Ouchi Town to the south of Karatsu. As waterfalls go, it's impressive enough - a cascade that falls over 20 meters from the cliff above, earning it a place among the 100 best waterfalls in Japan. The rocks at the base of the chute are easy to scramble over, allowing for a close-up photo op - and there's a parking lot just around the corner, making for easy access and cutting out any hiking.

Cut out the exercise, however, and you'd miss out on half the beauty of the sight. If you choose instead to park at the lot half a kilometer before the cascade (well marked in Japanese as Mikaeri Parking Area), you can take the trail that runs along the riverbank. Occasionally overgrown in some places and with a fair number of steps (at least 200 or so), it's more than just a simple stroll. Expect to walk for about twenty minutes before catching sight of the waterfall. In June and July, however, those bushes crowding the dirt path burst forth in blooms of blue, purple and white as the area's hydrangea come into season. In some places, the banks are so crowded with hydrangea that it looks a bit like a pointillism painting, all blue dots on a green background with a ribbon of water cutting through the scene. The hydrangea thin out a bit near the top, but there are still a few bushes close enough to the falls to make for the perfect picture setting.

A hydrangea festival is held just down the road from the waterfall from the second weekend in June until the end of the month. There, too, a path bursting with hydrangea runs along the river, with even more colors of petals on offer. The festival will have food on offer but if you happen to arrive out of season, a small restaurant next to the lower parking lot serves up set lunches and dinners and simple coffee.

Mikaeri Waterfall is well signed from Route 203 (just off the Taku exit of the Nagasaki Expressway). All signs are in both English and Japanese. If you get lost or confused, the 7-11 in Ouchi Town can point you in the right direction.

Find out more about Mikaeri Falls. 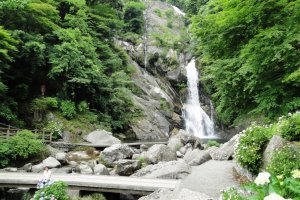 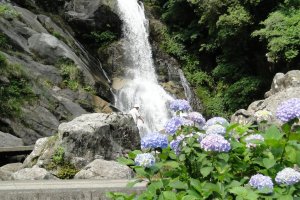 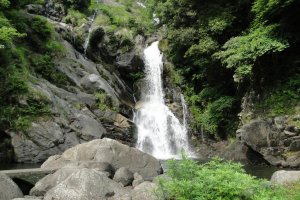 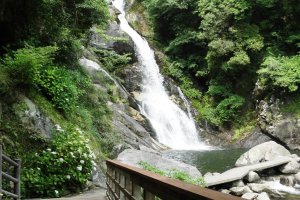 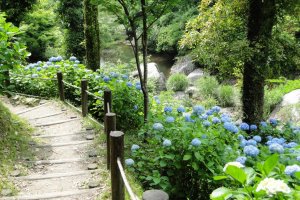 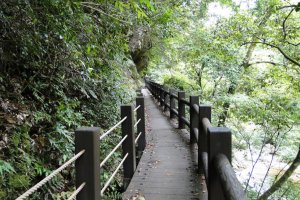 Mandy Bartok Author 7 years ago
Yvonne, the Saga RP might be better qualified than me to answer this, but you might consider taking the train to Karatsu and working with the tourist office there to charter a taxi for a tour of the area. There are two other waterfalls that aren't too far from Miakeri - Kannon Waterfall and Kiyomizu Waterfall. I didn't get to Karatsu itself so it's possible that the TO does run a bus tour as well.
Reply Show all 0 replies

Yvonne Delapey Johansson 7 years ago
Hi, LOve to visit . Are there any bus tours of these areas. (for the non self driven)?

Mandy Bartok Author 7 years ago
I'm glad you had the chance to get there, Tristan. The Kannon waterfall is also not too far away from Karatsu. Worth a return trip to the area, for sure!
Reply Show all 0 replies

Tristan Scholze 7 years ago
I visited there today. It was quite good, even in the rain. The Ajisai (Hydrangea) festival runs through the month of June--there are fun and beautiful things to do even in the middle of the rainy season!
Reply Show all 0 replies
6 comments in total