Size doesn’t matter in Saga City. Indeed, this is what’s super about this eponymously named capital of Kyushu’s smallest prefecture. Bundled up neatly within its relatively small space of 431.4 square km are visitable areas ideal for rambling and absorbing the rhythms of Japanese life and routines.

Some of these are an amazing shrine, lazy tree-lined streets, uncommercialized Japanese style shops, a wide ,open-spaced park and a historic university area.

There’s no missing Saga Shrine. It is surrounded by an ancient mossy moat which is part of the ruins of the nearby Saga Castle. It makes a pretty picture overhung by large leafy trees and dappled with lucky red and golden koi flipping through the water.

A widespread complex of eight sub-shrines, it is thus nicknamed “Eight Shrine Visit.” Each shrine sports an individual character to highlight the deity in attendance. A visit to every one will see all your wishes granted. Also in attendance, like guardians of the shrine, are massive trees sprawled around, gnarled with age and dignity. Almost all of Saga is graced by their counterparts. No surprise since Saga Prefecture is 68% forests.

There’s an unusual military dimension to the Shrine indicated by the two large cannons at the entrance. Saga was actively involved in the development of sophisticated weaponry and artillery during the Meiji Restoration. Saga Shrine is where the two pivotal players, feudal lords of the Nabeshima family clan of Saga, are buried and honoured as deities. At the start of every New Year, a Saga made cannon is fired eight times to bring in the New Year, and commemorate Saga’s key role in Japan’s modernization.

Scattered around the Shrine’s grounds are a few ceramic pedestals and lanterns made of Saga’s famous blue and white porcelain. A porcelain torii gate leads to a small, light green, rotunda type building, which turned out to be a washroom with a porcelain wash basin! The prefecture is the birthplace of pottery and ceramics in Japan, but just a single tea cup can set you back 20,000 yen!

In the city itself, Saga’s large forest park is great for sitting and watching life go by. Ditto for the university area's tree-enclosed enclaves, and luxuriant tree lined avenues.

A few wooden buildings around the University, built in 1949, display the same beige or light green exteriors also spotted about town.

These buildings are signs of Saga's western influence during Japan's modernization, when Saga was the first contact point between Japan and the west.

Saga to me is a compact capsule of Japan, a place where you can tap, even if superficially and temporarily, the pulse of Japanese life minus tourist clutter. This comes in handy when you’re grounded somewhere, and you remember a town like Saga ,and you get that old Japan feeling.

I stayed at the Hotel Route Inn Ekimae, a hop from Saga Station. I did encounter an interesting looking hotel, a classical mansion, Grande Hagakure, about 10 mins from the station. Next time. 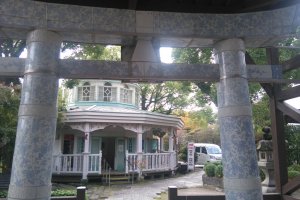 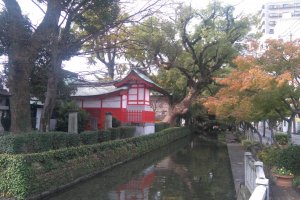 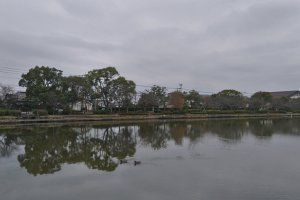 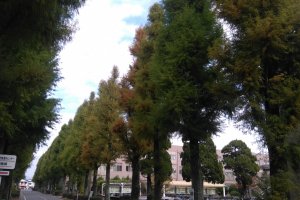 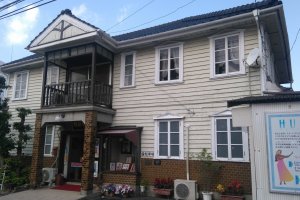 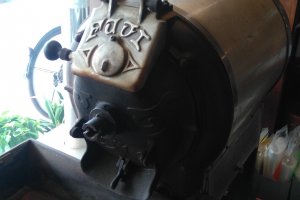 Bonson Lam a year ago
I love the contrast between the colonial style round building and the tori in the first photo.
Reply Show all 0 replies

Elizabeth S a year ago
What's that round blue building in the background of the ceramic tori?
Reply Show all 1 replies

Arlene Bastion Author a year ago
I walked around but there did not appear to be any doors except one, which opened up into a washroom.
Reply

Kim a year ago
Love the torii arch! I saw one like that in Arita, but didn't realize there were more in the Prefecture.
Reply Show all 0 replies

Elena Lisina a year ago
Trees are amazing in Japan!
Reply Show all 3 replies

Arlene Bastion Author a year ago
I love them!
Reply

Elena Lisina a year ago
Me too, Arlene! As you, I love to travel alone, prefer not popular touristic places and modest but good hotels. Japan is safe and comfortable for such trips, isn't it?
Reply

Arlene Bastion Author a year ago
I have always found it so. Long may it be!
Be safe, take care!