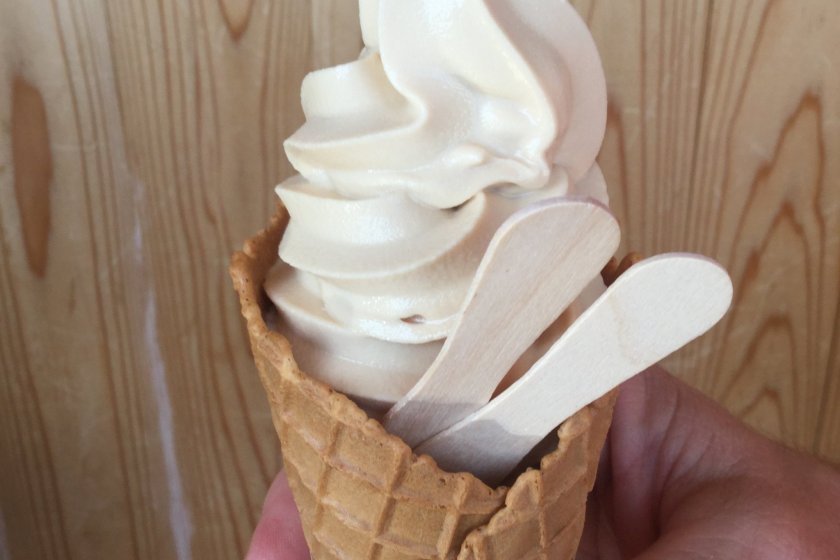 I read this article about the Saitama Soy Sauce Kingdom three years ago (I know it was three years ago because of a comment I made on the article) and said, "Hey, that's just in my neighborhood. I should go there." Yes, I actually listed this in my bucket list of things I want to do in Japan but it was one of those things you mentally flag but don't really take steps to actually do. Then yesterday, my husband and I were thinking of something new to do or try and he brought up what we called "the Soy Sauce museum" (which really isn't accurate because there's a "soy sauce museum" by Kikkoman in Chiba, but people here in the neighborhood also casually call it that).

So we went, not expecting much because it was located in the middle of nowhere. The place was a little difficult to find. My husband forgot his iPhone and we thought we could get by with our neighbor's directions ("head towards the dead end and turn right"), which was generally correct but not entirely accurate -- we love our neighbor! We stopped at a convenience store and luckily, a very nice delivery woman for Coop told me to look for a blue sign along the road that said "生しょうゆ" (it was a small sign you could easily miss), turn left there, then turn right at a graveyard. The building was nondescript, except for a huge wood vat on the landing of the second floor staircase viewable from the parking lot.

The aroma of soy beans being fermented wafts all the way to to the parking lot. We went first to the ground floor shop and instantly found two items we would like to buy, even without trying anything yet -- yuzu udon and yuzu soy sauce but held back and decided to try something at the second floor cafe first. We were impressed that there was a lot of English infomation and explanations available. The second floor is where we were blown away. There are huge viewing windows looking down into the area where the soy beans are being fermented in large wood vats. There are flaps you can open to release the smell from the vats. There was an ongoing demonstration of how the soy beans are weighted down to slowly"squeeze" out the soy sauce and then filtered.

Then we tried the soy sauce soft cream. You can taste the soy sauce but it wasn't overwhelming -- more like a deeply flavored "salt caramel". It was delightfully refreshing.

We went back down to the store to buy the yuzu udon and yuzu soy sauce. I decided to get a point card because I knew I would be coming back and bringing everyone who visited us here. At the cashier, there were free samples of soy sauce candy. They were so good I mentally added that to my shopping list the next time we come back. And you can be sure we will!

The nearest station is Komagawa Station (JR). However, the Soy Sauce Kingdom is still a 30 minute walk along vast fields which could feel like forever. You can take a taxi from Komagawa Station. Most people travel by car and parking spaces are available. 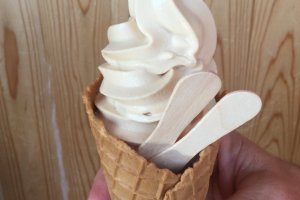 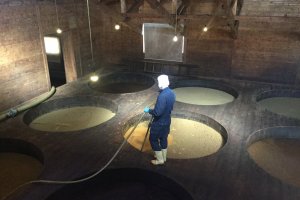 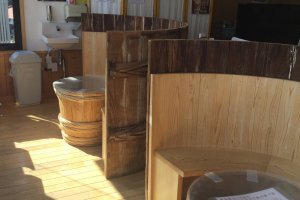 Kim 2 years ago
I feel like I would have been skeptical of soy sauce ice cream until you likened it to a salted caramel flavor. Now, you've got me curious - it sounds tempting!
Reply Show all 0 replies

Elizabeth S 2 years ago
Ah! Another source of one of the five basic seasonings of Japanese cuisine. Soy sauce, shoyu, has many variants , and this is one.

Shouyu soft cream is wonderfully malty, and sweet and salty at the same time. Wherever you enjoy it, at Soy Sauce Kingdom or Kikkoman Factory Museum, it’s a wonderful treat!
Reply Show all 0 replies

Sleiman Azizi 2 years ago
A hint of soy, right? That's all one needs. Imagine if the ice cream was heavily flavoured...
Reply Show all 0 replies
3 comments in total