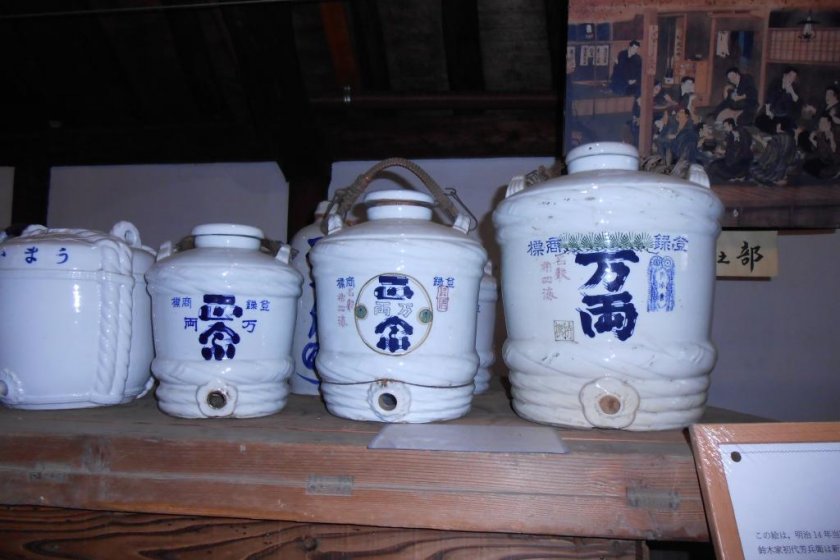 Sake bottles in the museum

Japanese sake is an indispensable drink in Japanese life, in particular at traditional Japanese festivals or formal gatherings.

Saitama Prefecture is famous for its sake breweries and there are around 35 breweries in that area. The reason for Saitama being a stronghold for sake breweries lies in its great water resources. Arakawa River, together with the tributary stream Iruma River is one of the most important resources, having its source at Mount Kobushi and flowing all the way down to Tokyo Bay. The widest section of the river is a stunning 2.5 kilometers and the widest in Japan. Other famous sake producing areas are Nada in Hyogo Prefecture, Fushimi in Kyoto and Niigata.

Last April I went to the Suzuki Shuzo Brewery in Iwatsuki, where I bought some very nice sake and discovered that they have a great museum as well. At the time I went the brewery was silent. As freshly harvest rice is used to produce sake, the production period, which usually lasts from December to March, was already over. However, the museum and the shop are open all year round.

When new sake is produced, you can often see a ball-shaped object made of Japanese cedar tree leaves hanging in front of the brewery. Traditionally it is seen as a lucky charm for a good sake production term and to inform people about the start of the new term. However, nowadays you might see the ball of cedar leaves at any time of the year.

I bought a bottle of ginjoushu, a type of sake fermented at low temperature, using highly polished white rice. It’s high quality sake, the taste is light and aromatic. I also bought some so-called sake-kasu, which are the lees, the solids remaining after the sake production. It can be used to make pickles or a cooking paste to add some flavor to a certain dish. Last but not least it is also the main ingredient of amazake, another traditional, rather sweet and low alcohol Japanese drink.

The brewery’s museum permanently exhibits a variety of historical materials that have been used by this particular brewery to make sake since its establishment in 1871, along with a number of traditional brewing tools. There are cedar barrels, earthenware pots, sake bottles, bowls and mortar for grinding sesame seeds. You will also find the owner’s collection of traditional dolls and ukiyoe (Japanese woodblock prints). Iwatsuki is actually very famous for its production of Japanese dolls and you will find a couple of doll museums and quite a lot of shops here. 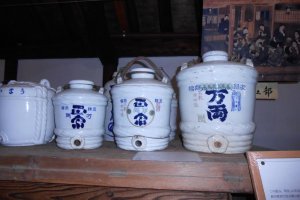 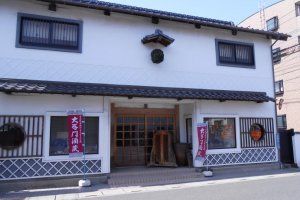 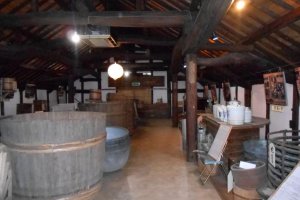 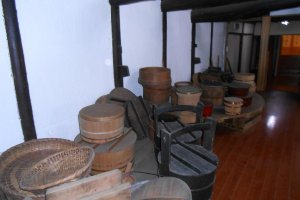 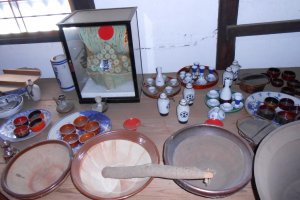 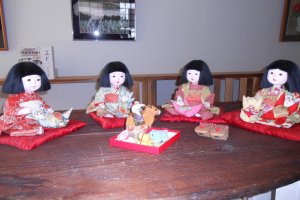