As I walked by the south part of Fukaya station, I found a tranquil shrine. This shrine, Takinomiya Jinja, was covered in colorful foliage. You will be welcomed by a beautiful bridge crossing a serene moat. After passing through the gate (torii), you need to clean your hands and rinse your mouth at the purification font (Chōzuya). After that, continue your journey by walking on the sandō (approach path) to the Honden, or main hall. Before entering the hall, you will welcomed by Komainu, or Lion Dogs, as the guardians of the shrine. They stand in the front of the stone stairs to the haiden, which is the hall of worship that stands in front of the main hall.

Even though the city was technically founded on January 1st, 1955, this city's history goes some way back. During the Edo period, Fukaya city was an inn-town on the Nakasendo, one of two routes that connect Tokyo and Kyoto. This influenced the city's development. While the city built Fukaya castle, they also built the city's holy guard which is now called Takinomiya Jinja. This charming shrine is located in the city center and became the biggest Shinto shrine in Fukaya city.

Takinomiya Jinja in Fukaya is known as the place to pray for family, career success, store openings and other fortune wishes.

Takinomiya Jinja has many annual events. From the January 1st, you can attend the new years celebration and pray for the happiness of the coming new age. February will be the celebration to welcome the spring. One of the most interesting events is held on April 15th: hanami, or cherry blossom viewing. There's a beautiful red bridge just in front of the shrine that covered by sakura trees.

Regarding directions to Takinomiya Jinja, just head to the south side of JR Fukaya station, where you will see the moat and bridge entrance. JR Fukaya station is two stops from JR Kumagaya station on the JR Takasaki Line. While I was in Fukaya city, I stayed in Hotel Route Inn Ekimae, which is just one minute walk from the station.

Trying to make the world home. 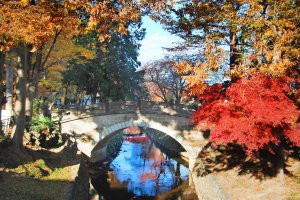 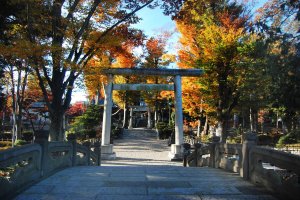 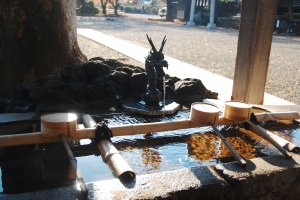 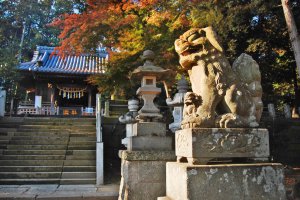 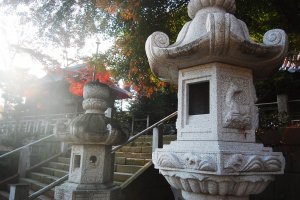 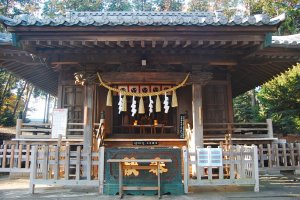 Asyraf Ramadhan 6 years ago
Sounds like it really is a nice temple..
Reply Show all 1 replies

Febry Fawzi Author 4 years ago
Hey Raf! it was quite and peaceful temple. Also really close to station, so worth to check.
Reply
2 comments in total