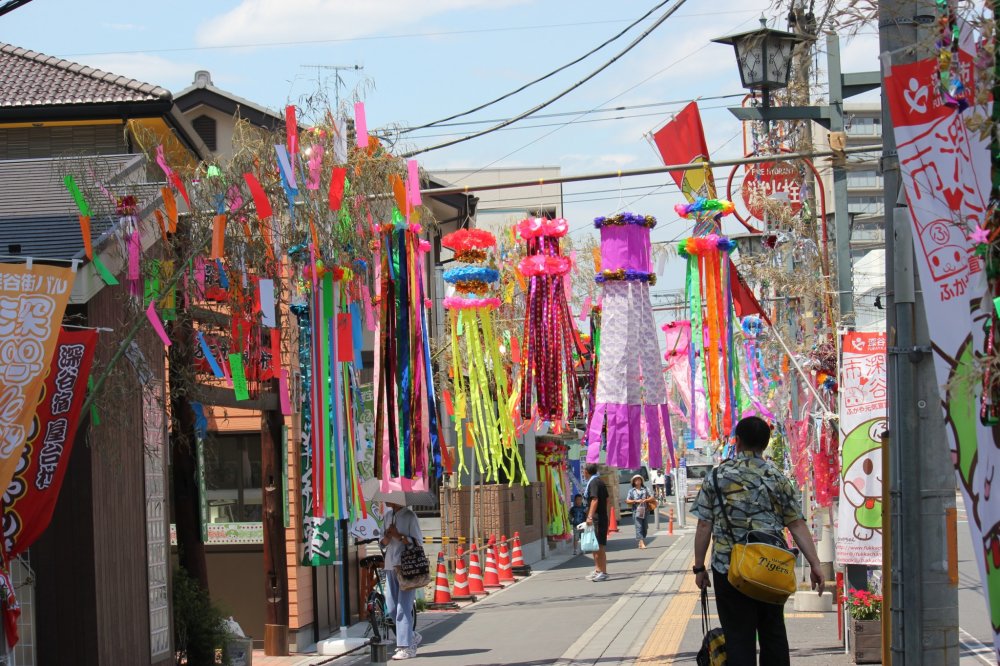 Only during the Tanabata Matsuri is the area decorated with all these big ribbons. 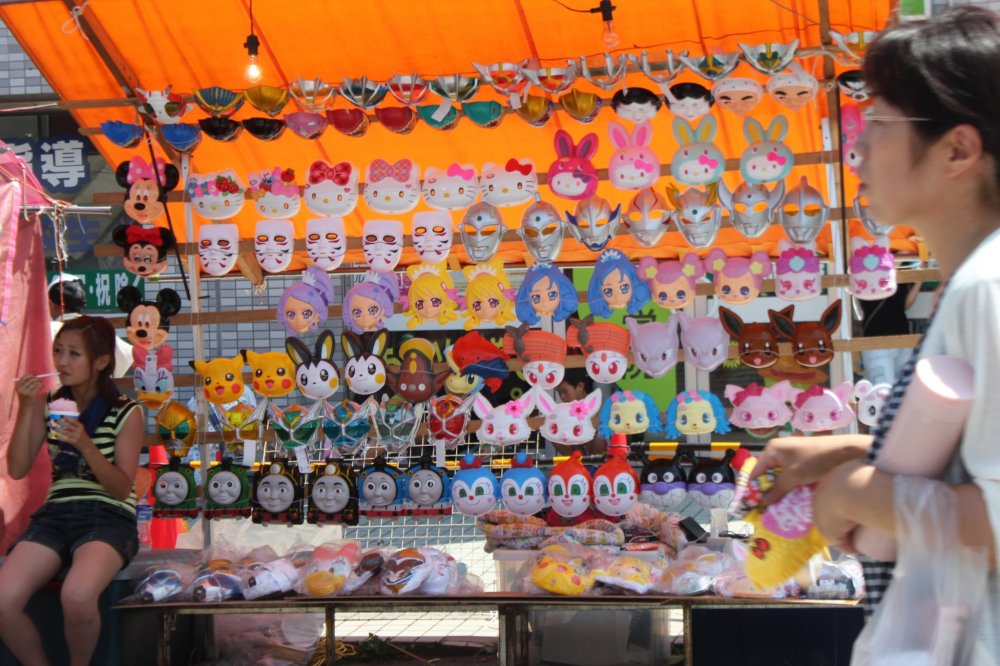 Most children like these masks, called "omen" in Japanese. 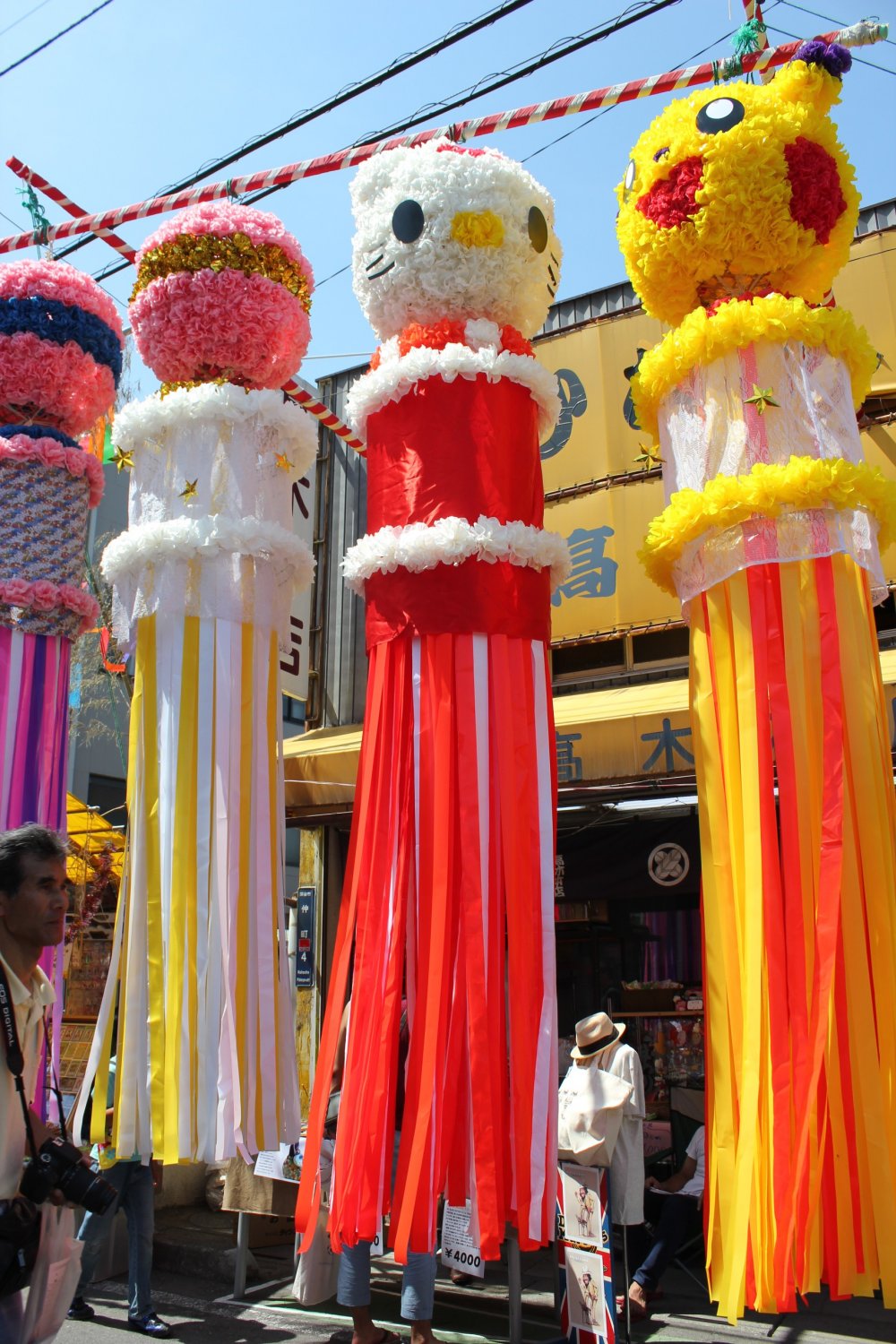 Spot your favorite characters like Hello Kitty, Pikachu and more. 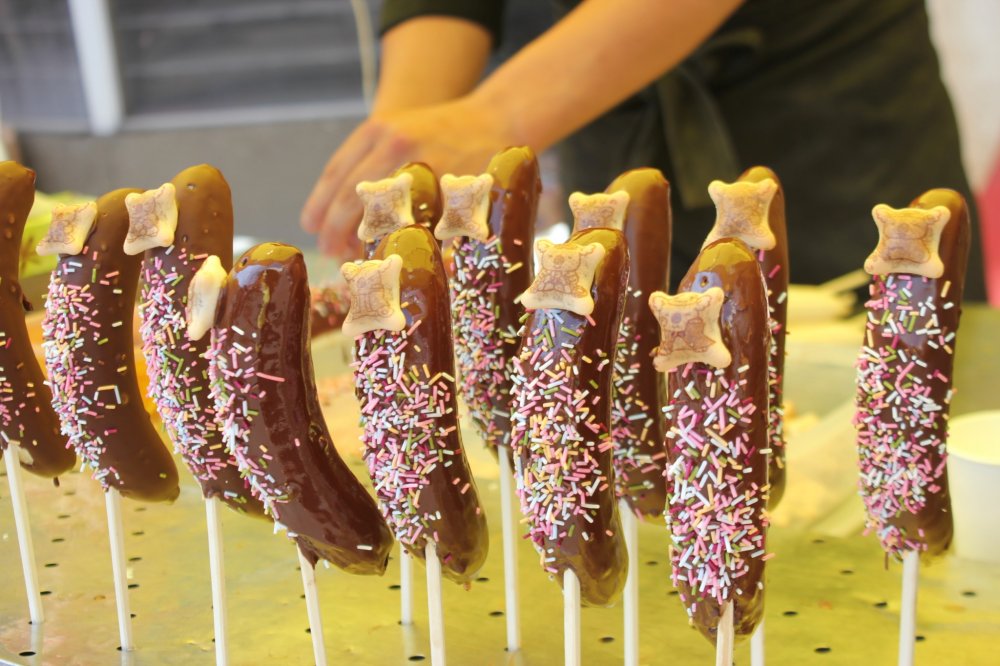 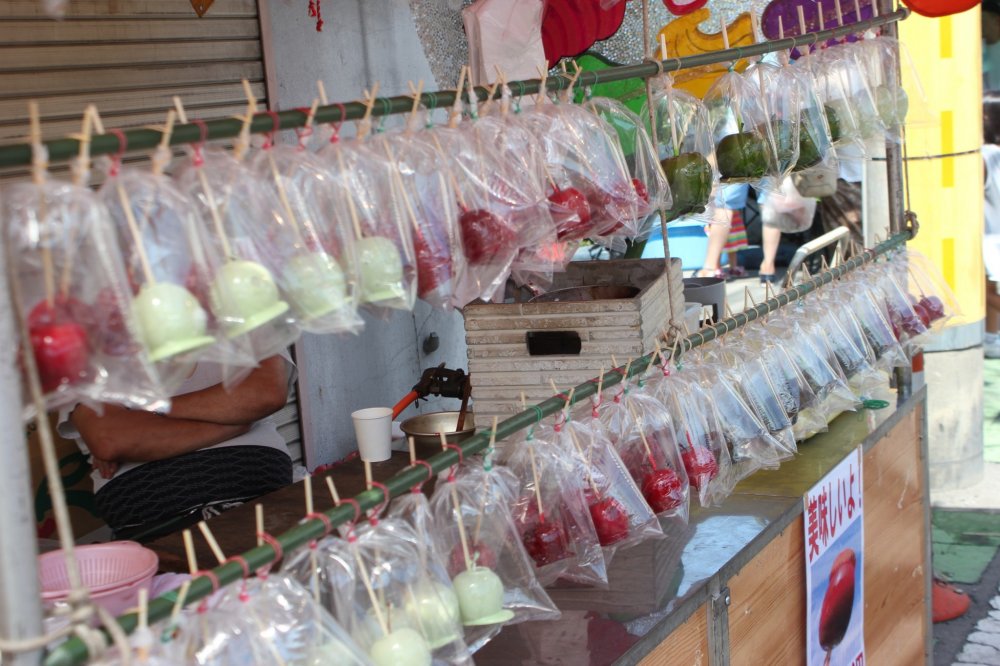 "Ringoame" are apples covered with sugar. 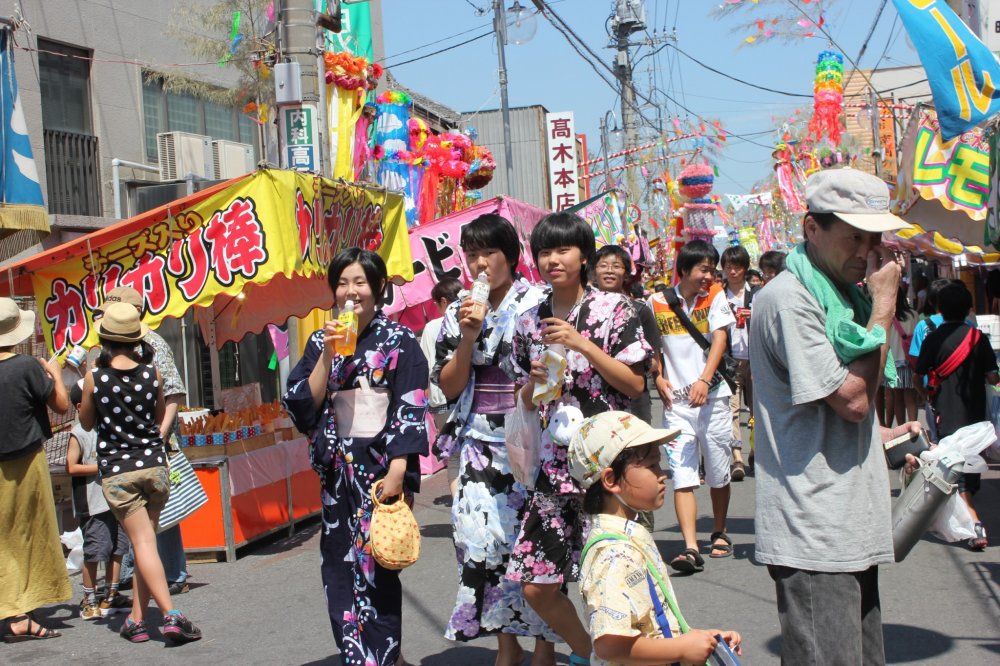 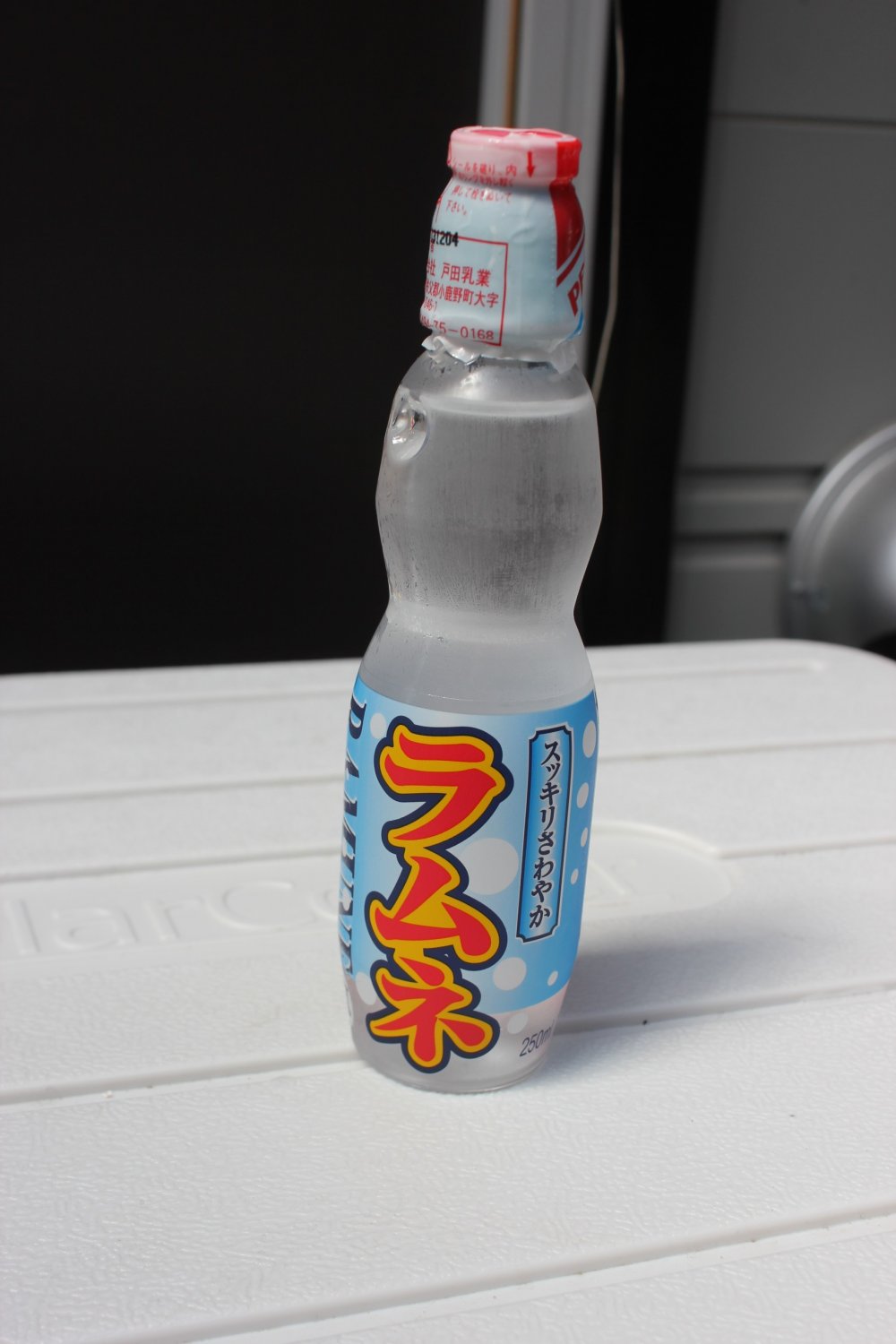 "Ramune" ~ a popular drink for kids 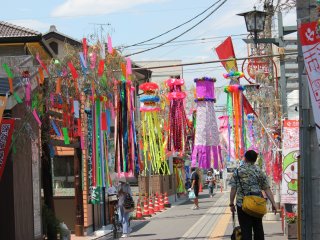 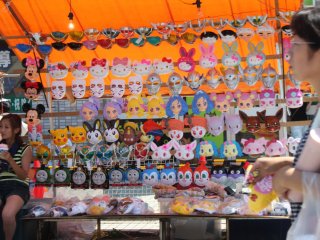 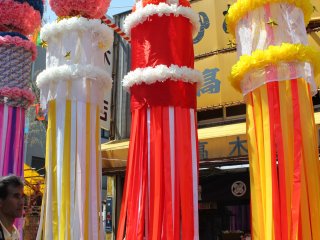 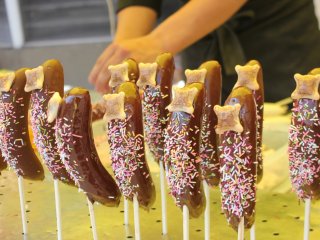 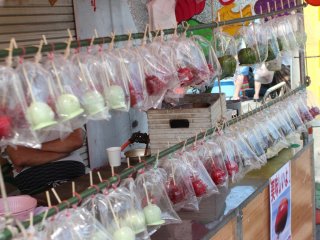 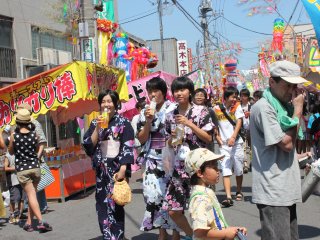 Fukaya City is a local center in the northern part of Saitama with around 100,000 inhabitants. Its Tanabata Festival, also known as the Fukaya Tanabata Matsuri, originated during the Edo Era. Called the Star Festival in English, this is now the most biggest festival in Fukaya, attracting many tourists from Tokyo and surrounding areas.

To get to Fukaya, take the Takasaki Line from Ueno Station or Shonan Shinjuku Line from Yokohama​.