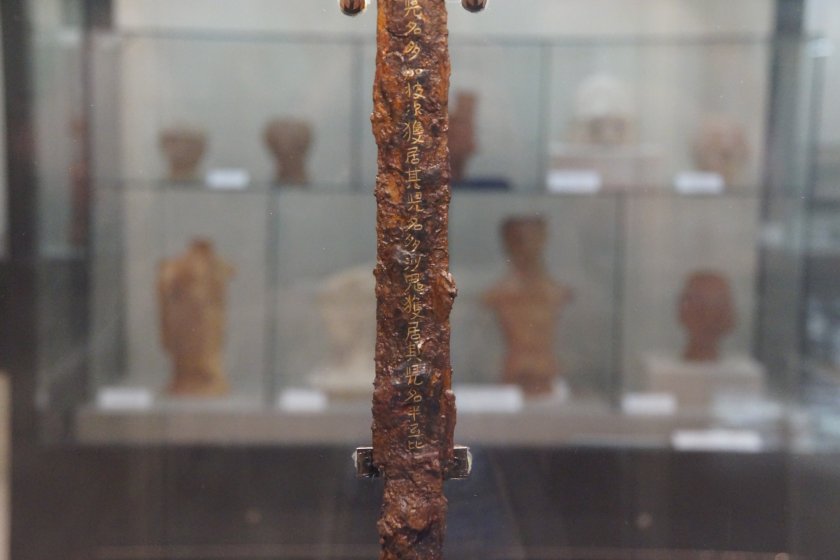 The Sword of Swords (and Swordsmen)

A national treasure and more in northern Saitama

The Inariyama Sword, a national treasure of Japan with haniwa visible in the background

Sakitama Kofun Park lies north of Tokyo in Gyoda, Saitama. The park consists of several kofuns, or large-scale burial mounds, and the vast open spaces surrounding them. Most of the tombs in the park were built around the fifth or six century, some recently restored, and are equipped with roped staircases for climbing. A short (seriously, very short) walk up offers panoramic views of the surrounding city, glimpses of nearby Oshi Castle, and an abundance of fresh open air—a rarity in the Greater Tokyo Area.

After circling the kofun cluster, make your way to the Saitama Prefectural Museum of the Sakitama Ancient Burial Mounds*. Conveniently located within the park, the museum’s exhibit hall is even built into the side of the Shōgunyama Kofun, allowing visitors to see a reconstructed interior chamber.

The main building sits across the park and houses a few national treasures of Japan. Perhaps the most striking is an inscribed sword called the Inariyama Sword. Appearing almost fragile in its protective case, it is rust-colored and brittle, yet adorned with beautiful gold-inlaid kanji. A magnificent sight, it is a relic from another world. The delicate lettering details the ancestry of the original wielder. In true Infinity Blade-like fashion, the names map a succession of sword-bearers from the same bloodline. Along the blade and across time, their names are written in history.

The museum also provides general information on the Kofun period with extensive maps of kofuns from across Japan. However, most information is in Japanese. Here’s what you need to know: sandwiched between the Yayoi and Asuka periods, the Kofun period roughly spanned the third to sixth centuries. Named after the massive spherical and key-shaped tombs it was marked by, the era is remembered by what it built and what it left behind. These tumulus structures were built to immortalize the dignitaries of the time and often contain belongings of the deceased.

Artifacts often include miniature clay sculptures called haniwa. These range in shape from horses to soldiers to temples and were intended as surrogates to serve the deceased in the next life. Other recovered artifacts include magatama (comma-shaped jewels), and ornate bronze mirrors—all of which can be found inside the museum.

After your fill of the Kofun period, remember Oshi Castle and the Muromachi period is only a short distance away and a worthy attraction in itself. With friendly samurai cosplayers known to greet visitors at the gate, and lookout views of its own, Oshi Castle makes for the ideal spot to embrace your inner shogun. But remember to swing by the gift shop before you leave the Kofun Park. Visitors can purchase a DIY magatama kit or Inariyama Sword-shaped pencil, both for less than the price of a gyudon bowl (and a small gyudon bowl at that).

*Don’t let the names confuse you: Saitama is the prefecture and Sakitama is the park, and the name Saitama originates from Sakitama.

Take JR Takasaki to Fukiage Station. Then take Asahi bus for Gyoda Shako via Sama, and alight at Sangyodoro. The park is a 15 minute walk from the stop. But be warned, infrequent buses could make walking, taxi, rental bike, or travel by car preferable. By car, take Tohuku Expressway to Hanyu Interchange. The park is 20 minutes away.

In love with travel and storytelling, I want my life to follow these twin paths and their endless twists and turns. A Saitama-based writer, teacher, and photographer, I am addicted to kaiten sushi (personal best: 25 plates in 12 hours) and a budding kendama enthusiast. Thoroughly outmatched by the Japanese train system, I am always in need of new ways to occupy my time after boarding the wrong trains. Eager to promote Saitama as well as Japan as a whole, feel free to contact me with any ideas, questions, or suggestions! Cheers! よろしくお願いします !  ***This bio was written while taking the wrong JR train.*** 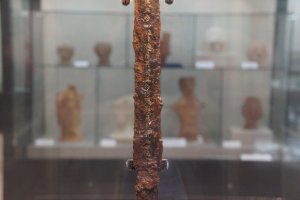 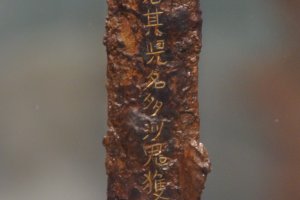 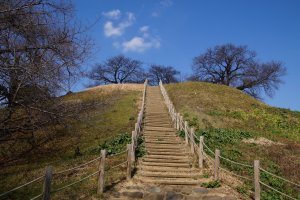 Justin Velgus 3 weeks ago
This looks really cool!! I love my samurai, my stone age Jomon, and even my WWII stories, but I find the Kofun tombs and their history very fascinating!
Reply Show all 0 replies
2 comments in total