To mark the 1,300th anniversary of history and cultural ties between ancient Korea and Japan, an annual traditional Korean mounted archery contest is held in Koma village, near Hidaka City in Saitama Prefecture.

From 37 B.C. to 668 A.D., there was a large kingdom called Koguryo (or Goguryeo) in the northern part of Korea. Unfortunately, Koguryo was defeated by a Silla-Tang (ancient part of China and southern part of Korea) military alliance and many refugees fled to Japan. They were relocated by the Japanese ruler of that time to Koma county and appointed Jakko, a Koguryo imperial family member, to become the leader. Together with 1,799 fellow immigrants, they developed wilderness into agricultural land and built infrastructure such as roads. When Jakko died, he was buried at Shoden-in Temple and was enshrined as a god at Koma Shrine. Many Koreans and descendants still visit the shrine.

As Koma approaches their grand 1,300th anniversary next year in 2016, the local community is coming up with more programs such as this traditional Korean mounted archery contest. It used to be held at Koma Shrine but they moved to Kinchakuda this year as the area is much bigger.

The event is held every year for 2-3 days over one of the weekends at the end of November, with the first day being the opening day filled with stage performances and a brief demonstration. The second or third day is when the actual contest starts and it is split in a morning and an afternoon session with contestants from Japan and Korea. The rule is to complete a 200m track within 20 seconds and shoot down 5 targets along the way. The target, which is a wooden board with a tiger drawing, will decrease in size as the level of difficulty during the contest increases.

Besides stage performances all day, there are plenty of food stalls selling both Korean and Japanese food, as well as some stalls doing PR for tours to Korea.

Getting there from Tokyo

Take the Seibu Line from Ikebukuro to Koma Station (approx. 1 hr) and then walk to Kinchakuda for about 15minutes. 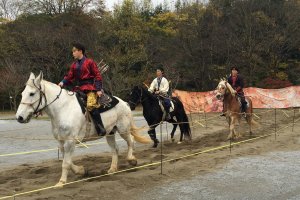 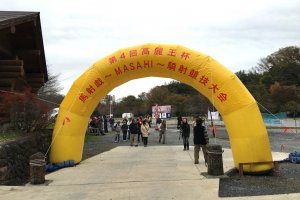 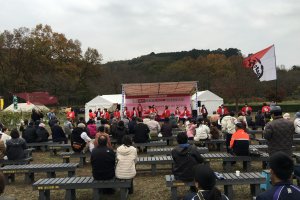 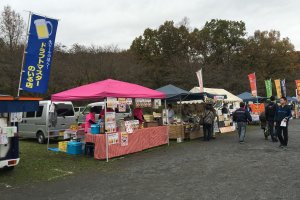 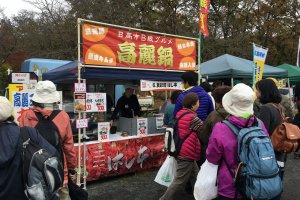 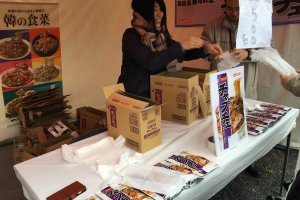 Victoria Vlisides 4 years ago
Excellent article. I am really interested in seeing this!
Reply Show all 1 replies