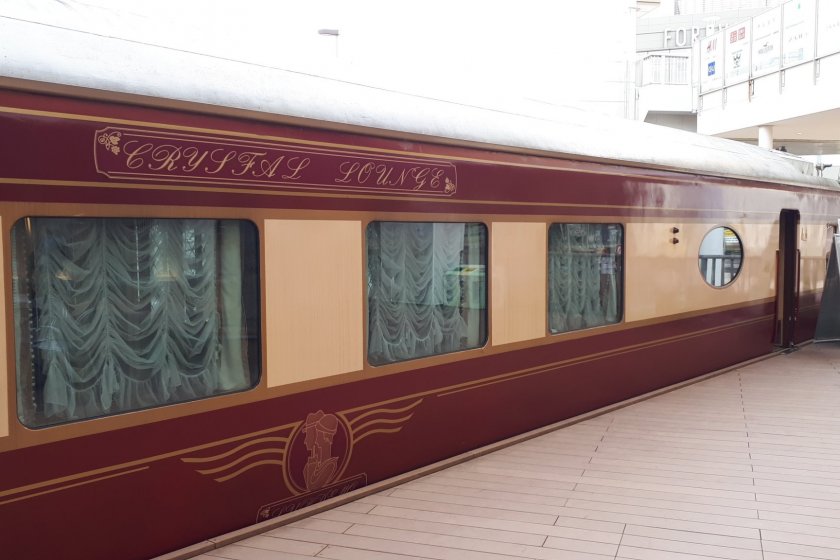 A bit of stylish history in Shin Misato

The lounge car from outside

Japan has a thing for trains and if you spend any reasonable amount of time in the country, you soon learn to appreciate that 'thing'. In Japan, trains work, they can be relied upon and the people who work with them take their vocations seriously.

It therefore came as no surprise to come across two decommissioned luxury lounge and dining carriages on the ground floor of LaLaport Shin Misato shopping centre way out in Saitama prefecture. The two carriages are part of three JR East Railway company luxury cars that were in operation for two decades from the late 1980s.

Part of an overnight sleeping service that once ran between Ueno in Tokyo and Sapporo, Hokkaido, the carriages included a dining car, a lounge car and a sleeping car. When they were decommissioned in early 2008, the sleeping car ended up in Koto Ward in Tokyo as part of a French restaurant while the dining and lounge carriages were sent to sit out their days in Shin Misato.

Of the two carriages in Shin Misato, only the lounge carriage is open to the public. Its once luxury design and fittings serving as a comfortable relaxation and dining space for those visiting the LaLaport shopping centre, the interior features plenty of seating as well as a toilet, drinks bar and piano. The latter three, though closed, add that little bit of style and sophistication that was once the hallmark of such carriages. The dining carriage, sitting proudly on the other side of the shopping centre, was closed at the time of our visit.

A nice tribute to Japan's luxury train history, the two carriages make for a lovely little side trip when shopping in Shin Misato and for train aficionados, are an exciting peek into the world of luxury travel. 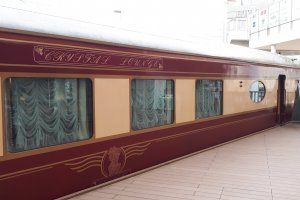 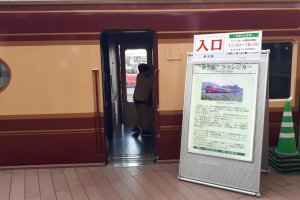 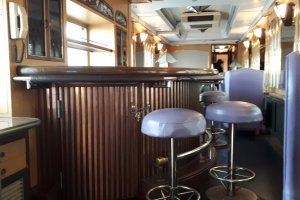 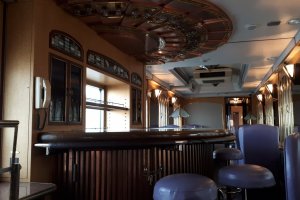 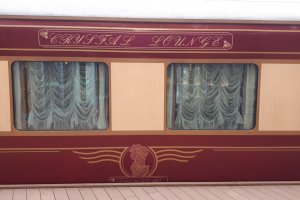 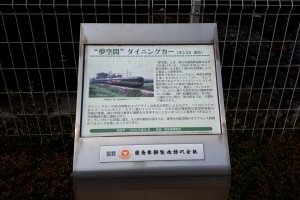 Elizabeth S 9 months ago
Awesome place for photos, pretending to be a passenger!
Reply Show all 1 replies

Kim 9 months ago
So charming!
Reply Show all 1 replies

Sleiman Azizi Author 9 months ago
Oh, it is. And then the kids get inside!
Reply

Elena Lisina 9 months ago
Looks like the '19th century luxury! :) We have trains that ride for 6 days, for instance from Moscow to Vladivostok, also with places for sleep and restaurants, but with simpler design. My longest train ride lasted 3 days & nights - to the Black Sea.
Reply Show all 3 replies

Sleiman Azizi Author 9 months ago
Oh wow.... that is so appealing.
Reply

Elena Lisina 9 months ago
No! Very tiresome to stay 3 days & nights in small place, and shaking all the way! :D
Reply