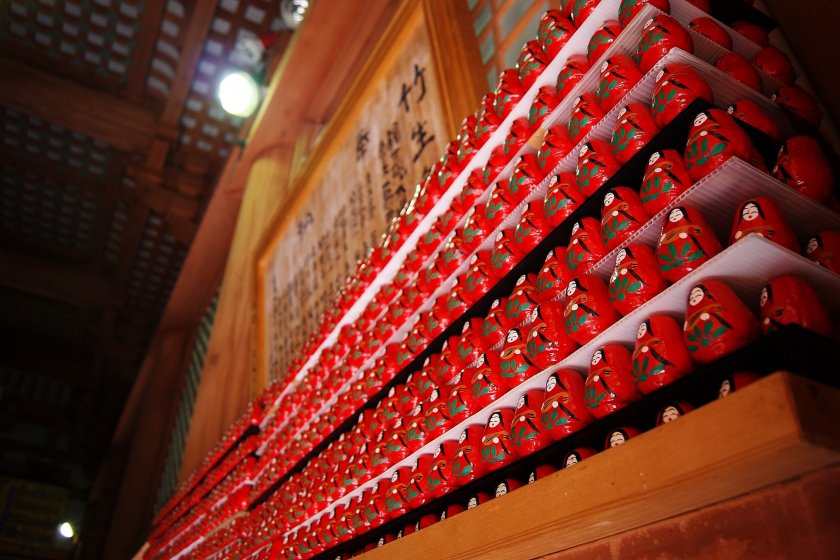 Lake Biwa is a gargantuan expanse of water in central Shiga prefecture. Cycling the circumference is a popular challenge for sports enthusiasts, and day-trippers love to paddle and splash in its clear waters whilst squinting into the distance across the mirror-like surface, searching for the opposite shoreline. Reminiscent of North America's Great Lakes, on hazy days the water seems to stretch out endlessly like an ocean. If you want to feel truly lost at sea you can visit Chikubu Island, a pinprick on a map of Japan, but a veritable treasure trove of temples.

With a coastline of 2 km and a surface area of 0.14 km² Chikubu may sound too small to bother with, but there you would be wrong. This diminutive rock is covered with beautiful trees, Japanese maples, sakura (cherry blossom) and peach trees being the most dramatic. The temples hidden among the trees are equally delightful. Hogon-ji (part of the 33 temple Kannon pilgrimage), a Buddhist Shingon temple, and Tsukubusuma, a Shinto shrine also known as Chikubujima shrine, are both well-tended and attractive structures which have been rebuilt several times following fires.

The bright colours of Hogon-ji's three-tiered pagoda make for a dramatic contrast with the greenery of its surroundings. Its location on the island is particularly important as it was once a home of the goddess Benzaiten, the temple now being one of her three great temples. A wooden corridor from the temple leads to Tsukubusuma shrine, below which is a little sporting action...

Perched on the rocks below Tsukubusuma is an unassuming stone torii gate. Whilst not vivid in colour, this gate has another attraction: plate throwing. Yes, for ¥300 you can buy two small clay plates to test your discus skills and earn yourself some luck. Write your name on the first plate and your wish on the second, then step onto the balcony and take aim. Don't let the thousands of plates littering the rocks below deter you, or even those which have slipped into the lake's watery depths. Your plates are sure to sail through the arch with ease, bringing you health, wealth and happiness - so what if it takes you a few/a dozen goes!

Chikubu makes for a delightful afternoon trip from Nagahama, the half-hour ferry journey a pleasant break from cycling. As a tiny islet, it has few conveniences, but the four or so shop-restaurant owners are very friendly and serve up hearty bowls of noodles and refreshing ice-creams to enjoy on the quayside after an hour admiring the island's places of worship and beautiful lake views.

"The world is a book, and those who don't travel only read one page." Augustine of Hippo Originally from the perennially rainy north of England, I like eating out, travelling and clichéd quotes - Japan is a very big chapter in my world book. 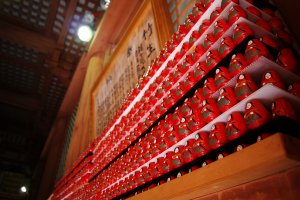 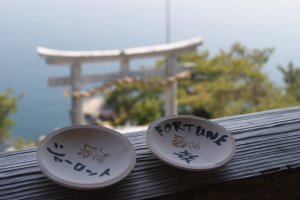 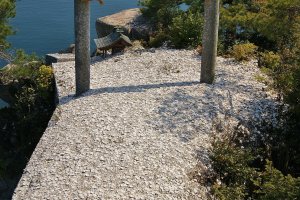 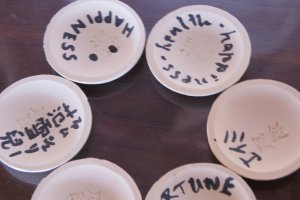 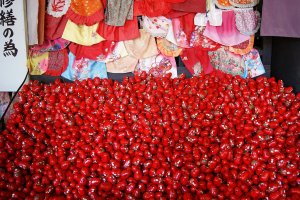 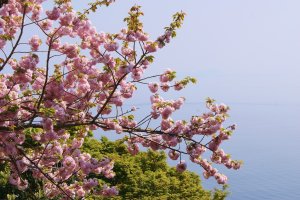 Kim 2 years ago
Plenty to do from the looks of it!
Reply Show all 0 replies