A trail along a river with seven beautiful waterfalls

The east coast of Izu peninsula is rich with amazing natural sites and, while the trip along it is definitely worth travelling, the inland sites are just as good. Among the many sites, Kawazu Nanadaru Park is absolutely a must-see. If you are travelling by train get off at the little town of Kawazu and get the bus right outside of the station. You won't regret it.

The road that leads to the site runs through what is a perfect example of rural Japan: little houses, rice fields, old ladies walking along the quiet streets, all surrounded by mountains covered in thick forest of pines, cedars and bamboo. Right before arriving at the site you will find yourself facing something that I've personally seen only in Japan: a massive double loop suspension bridge built to gain more than fifty meters elevation in a very small area, it is certainly a great example of engineering but it also defaces the awesome natural landscape.

The trail starts from the Mizudare(水垂) bus stop and runs down into the forest descending toward the river, the more you walk the louder the sound of the first waterfall becomes but, once you get to the stream, make sure you don't miss the Saruta Depth: located just a three-minutes walk upriver, it's not one of the seven waterfalls but it's a really nice spot, even more so if you leave the wooden path and just walk around along the stream and the surrounding forest. Here and all along the way down, the sunlight filtered by the thick forest and the moss growing everywhere create a really beautiful and intense "green" atmosphere.

Back to the main trail the first waterfall you will face is called Kama-daru, a 22-meter-high drop surrounded by black rocks covered in bright shiny green plants and moss, the kind of place that easily evokes images like a monk meditating under the cold waterfall, a Shinto practice known as Misogiharae (禊祓) in which the person purifies his soul by washing their entire body.

The path goes on with various wooden stairs and short suspension bridges and continues following the river crossing from one side to the other; near the Hebi-daru fall note the black hexagonal rock formations that reveal the volcanic origin of the majority of the Izu peninsula.

Getting closer to the end of the trail the narrow valley starts to widen, making room to the Shokei-daru waterfall where there is a bronze statue representing a couple and entitled ‘Odoriko and me’. The piece is inspired by the book called ‘The Dancing Girl of Izu’ of Nobel Prize winner Kawabata Yasunari that takes place exactly in this region.

The next two waterfalls, ‘Kani-daru’ and ‘Deai-daru’ are quite small, but the first has a particularly nice contrast between the deep blue water and the pure white foam while the second is made from two different rivers converging into one. There is actually a last fall called ‘Oo-daru’, approximately 30 meters high, but unfortunately it’s not currently accessible because it is part of the Amagiso Onsen Hotel. You can access the spa for the day, it's not cheap but the rotemburo (open air bath) right on the river with the view of the fall is awesome!

Tip 1: If you can, try to go visit the park in the afternoon on a weekday when there will likely be fewer people around and the light from the sun setting will create the best atmosphere to enjoy the walk in the forest.

Tip 2: Once back to Kawazu, if you want to relax after the walk but you don't want to pay for the expensive Amagiso Onsen, you can hop on a train to the next station Imaihama-kaigan. Here you can soak in the small Imaihama onsen located directly on the rocks along the coast. With an awesome view of the ocean and the waves crashing right below the bath the experience is great!

If you are coming by car you can park near the Mizudare bus stop (水垂 バス), walk the trail down and then take a bus back to the parking lot. If you are using public transportation you can get a bus from Kawazu Station to the same bus stop (Mizudare) and then take a bus back from the stop right in front of the Amagiso Onsen hotel. You can easily check the timetable directly on Google Maps. 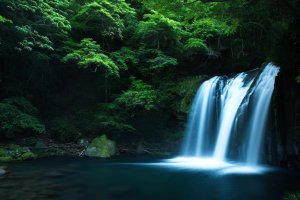 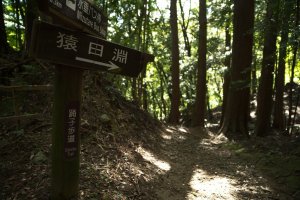 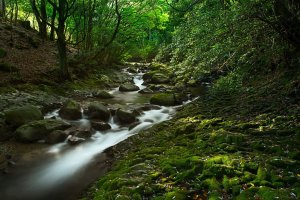 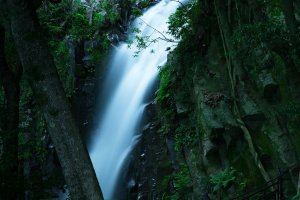 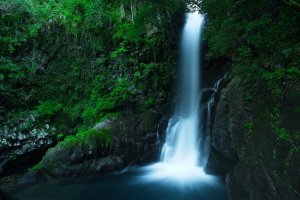 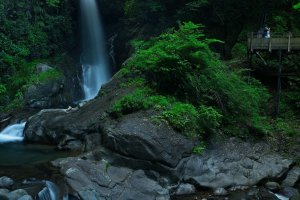 Kim 4 years ago
Absolutely breathtaking - your photography is wonderful!
Reply Show all 2 replies

Sandro Bernardinello Author 4 years ago
You are too kind! Thank you very much Kim! ^_^

Bonson Lam 4 years ago
It is true, your cover photo is mind blowingly good, the colour of the waterfall is a beautiful contrast.
Reply
3 comments in total