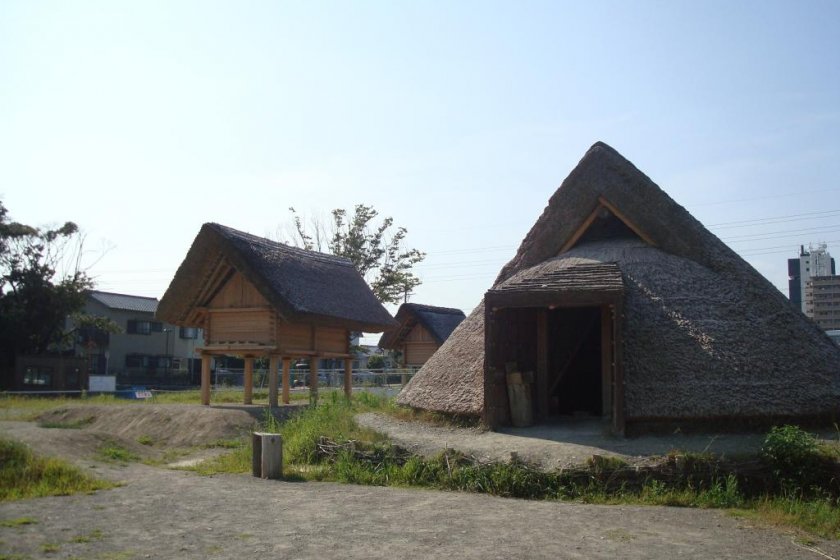 A pit-house and storehouse at the Toro village

When the subject of Japanese history crops up, everyone thinks of the romanticized Sengoku era; of samurai, or geiko, or ninja. Some will think as far back as the Take of the Heike or Tale of Genji eras. Go further. In Shizuoka, the site of a Yayoi-era (300 BC to 300AD) village was discovered in 1943.

During an attempt to construct an ammunition factory to fuel the WWII war effort, artifacts of the 1st Century village were discovered. Further exploration (after the war), revealed a wealth of well-preserved artifacts, building foundations, and evidence of extensive rice paddies and even irrigation methods.

The site (including twelve houses, two raised buildings, and probably more that have yet to be discovered( serves as a public park where anyone can wander and learn about the history of the area.

There are demonstrations by volunteers of ye-olde fire-making methods. I got to try my hand at that, which got even more embarrassing as a sudden group of onlookers formed and I wasn’t having any success.

There are two reconstructed pit-houses and with their thatched outsides weathering naturally in the elements, giving them a more aged look. The ‘pit’ in ‘pit-house’ comes not from a drop in elevation when you enter (the floor is ground-level), but the fire pit in the center of the home. Visitors are welcome to go in the houses and see the structures from the inside. The door is low, but it`s a bit more spacious inside.

The reconstructed buildings have obviously been made with love and care. Instead of straight, clean cuts like you see in a lot of re-constructions, you can see the dimples where they have been chipped away at to get to correct form and feel of the era.

The above-ground buildings are theorized to be grain storehouses for the rice crop. One has been reconstructed for visitors to experience.

A few statues of Yayoi people and some signs explaining the site are dotted around the area. There are signs in English, too, so take some time to check them out!

A nearby museum holds small artifacts and further explanation about the Yayoi people and their culture. 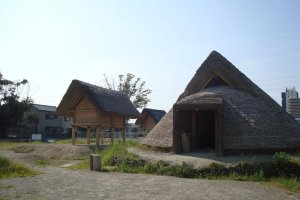 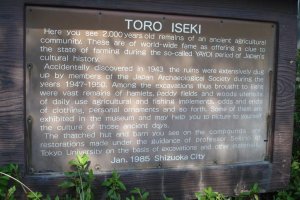 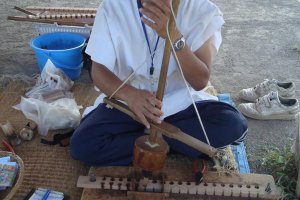 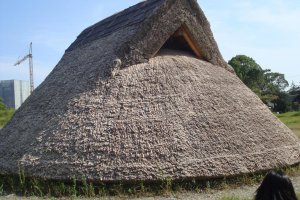 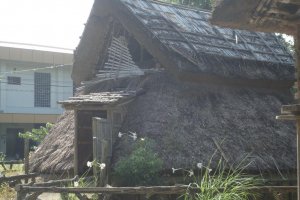 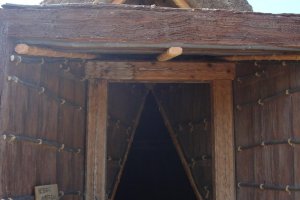