Thanks to its proximity to Tokyo, Nikko already enjoys a well-deserved reputation as a tourist destination although it may be fair to say that most don’t stray much further within the national park than the shrines of Nikko Futarasan and Nikko Tōshō-gū, and Rinnō-ji temple. However, it is worth remembering that it is due to the very nature of the area that it became such an important historic and cultural locale, and it is this character which is placed to the fore in the national park beyond the town of Nikko.

In going beyond the well-trodden path you are joining good company, as the Japanese Imperial Family themselves continue to make Nikko National Park their chosen holiday home. As it happens, this is a route that has only been made available to the public relatively recently as of 2008, where a part of the Nasu Imperial Villa was given as a gift to the nation from the Imperial Family so as to share the remarkably beautiful nature of the area with the general public. Now called Nasu Heisei-no- mori Forest, the forest and visitor centre is your gateway to the heart of Nikko where in the rich dense colours of the foliage and gently rolling hills you are reminded of why Nikko became such a destination for Japanese people across the centuries, and why it continues to be the place to appreciate the aesthetics of the seasons as they roll by.

Nikko was also not only the destination of choice for the elite of Japan. With the advent of the Meiji-era, visitors from abroad could explore the country for the first time, and it is telling that many of the earliest non-Japanese tourists joined their hosts in making Nikko their resort. Furthermore, many ambassadors for European nations also made Nikko their country residence, citing the remarkable scenery and cool climate as their reason, and for any visitor to the British Embassy Villa Memorial Park and Italian Embassy Villa Memorial Park the appeal of the location on Lake Chuzenji is immediately apparent.

Both former embassy villas are currently open to the public, the Italian largely kept in its original form and the Former British Embassy recently renovated in 2016 to a very high standard throughout, and with commanding views out of the peaceful lake with a scone from the tea-rooms close at hand you can clearly imagine for yourself what it must have been like for that first generation of foreign tourists to Japan, relatively speaking, not too long ago. To complete the experience there are power-assisted bicycles on offer at the Nikko Natural Science Museum close by so you can comfortable explore both the villas and the lakeside at your own pace.

For a more active experience of Lake Chuzenji, there are various boating and water sports options on offer including canoeing and the new addition of SUP paddle boarding which offers a suitably leisurely way of interacting with the high mountain lake, itself at the foot of the gentle form of Mount Nantai. With boathouses and a number of benched areas there is serious picnic potential, or perhaps an obento lunchbox be more appropriate, given that when looking out over the waters it is hard to imagine a more Japanese sight.

Heading north from the lake you will come to the Senjogahara marshlands, which offer a relaxing walk across a wooden-boarded route over the marsh itself before giving way into a hiking route for the more adventurous. Roughly translated, the marshlands are named “the field of battle” thanks to the legend of the warring mountain gods from the two opposing mountains making it their battleground. In the red mud and silt that sits just beneath the surface of the marsh, and in the occasional running streams that cut through the land the similarity to blood is rather uncanny, as is the faint smell of rust that you get when smelling the silt of the riverbed closely that allude to the true origin of the phenomenon, the rich iron deposits in the mountains of the area.

Heading further to the north-easternmost tip of the Nikko National Park takes you to Mount Nasu, which again reveals a different side to the Nikko area you might not expect. Easily scaled with the Nasu ropeway, the ascent takes you from the richly coloured scenery associated with Nikko through to the rustic moors of the mountain itself. For the hiker the route to the summit is an easy one and takes you further and further from the Nikko of popular memory to a far cooler palette of slate grey and browns, rewarding you with a commanding view south over the national park that guides the eye from rich green mountains to the onsen towns partially obscured with carefree rising steam, all the way to the rocky and frequently snowy peaks of Mount Nasu.

On the subject of onsen hot springs, as you would expect you are spoiled for choice in the Nikko area, particularly in Shiobara in the centre of the national park where you can enjoy a number of traditional and contemporary natural hot spring experiences including the Yupponosato, a new addition to the area which is a foot spa with a difference where you can actually tour the route over gently raised stones designed with reflexology in mind. It just goes to show that even though the natural waters are largely unchanged since antiquity and said to be enjoyed for over 1200 years, people are always inventing new ways to enjoy this gift from nature.

When you visit Nikko National Park you are part of this lineage that has seen the Japanese people, and since the advent of Meiji, international visitors too shape nature’s own resort to match the time. Certain ways of enjoying the natural features of the landscape call to us regardless of the generation, and so too are there always new discoveries to be made, so you can look forward to finding your own. 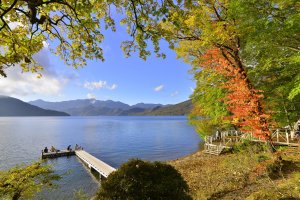 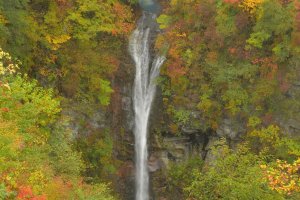 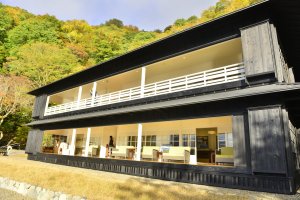 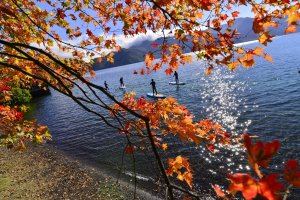 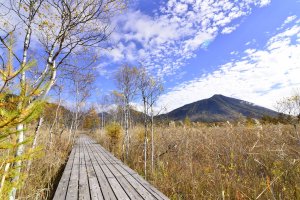 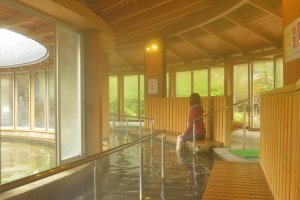