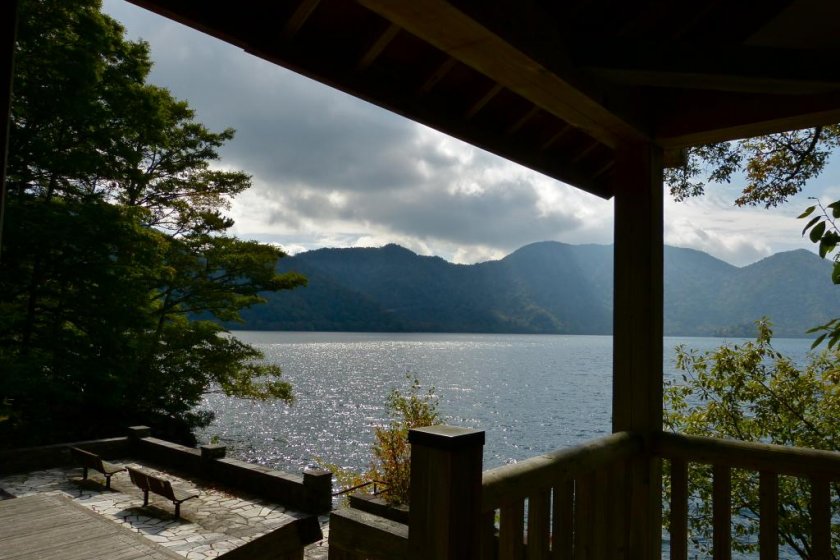 Good for taking a break or having a picnic lunch

“A trout is a moment of beauty known only to those who seek it.” –Arnold Gingrich

“Fishing is the chance to wash one’s soul with pure air. It brings meekness and inspiration, reduces our egoism, soothes our troubles and shames our wickedness. It is discipline in the quality of men–for all men are equal before fish.” –Herbert Hoover

Nishi-rokuban Park (西六番園地) is the place where the clubhouse of the Tokyo Angling and Country Club (TACC) used to stand. The club was established in 1925 by its members; diplomats, royalty, and representatives of industry and government. The members had meetings in the clubhouse, and enjoyed dance parties and activities such as trout fishing and golf together. The clubhouse commanded a great view of Chuzenji Lake and was also easily accessible from central Nikko. The first person to find this great location and build a summerhouse here was not a club member. He was an elderly Scottish gentleman, who loved fishing in the lake, Thomas Blake Glover.

T. B. Glover, who came from Fraserburgh in Scotland, is well known as the first owner of the famous Glover’s residence in Nagasaki. Although Madame Butterfly (a novel written by John Luther Long and an opera based on the novel by Puccini) is fiction, it is said that Long based some parts of the Madame Butterfly character on Glover’s wife Tsuru. Young Glover succeeded hugely in his business (he had a branch office in Yokohama) but only nine years later lost everything. Despite that, he played an important role in the Meiji Restoration, having a strong influence on young patriots who contributed to the development of Japan. Later in life, Glover was less active than in his younger days, but still worked as an advisor to Mitsubishi, and as a secretary for the Rokumeikan Pavilion in Tokyo (where almost all foreign policies were decided). Starting around 1890 (when the railway from Tokyo was extended to Nikko), Glover often visited Chuzenji Lake for fishing. Perhaps he finally got a chance to relax on the quiet lake. And perhaps, there, he was reminded of his younger days, when he enjoyed fishing with his brothers in his hometown in Scotland.

In February of 1902, Glover imported 25,000 Brook Trout eggs from Colorado, USA. Glover and the local fishermen’s cooperative association, released them into the Yukawa River (the upper river of Chuzenji Lake) after the eggs had hatched.

But on September 28 of that year, an enormous typhoon hit Nikko and killed all the fish. In 1904, Glover imported the trout eggs again. And this time, his plan succeeded. Glover also brought British style fly-fishing to Japan for the first time. That is why even today fishermen call Nikko the sacred place of fly-fishing in Japan.

Nowadays, we can enjoy fishing in Chuzenji Lake during official periods only. Angling from the lakeside is permitted from May 1 to June 30, and from boats, July 1 to August 31. If you would like to fish, you first need to buy a ticket. And be sure to follow the rule of ‘catch and release’. Fishing tickets are available at Ohshima Shoten (inside Coffee Shop ‘Spoon’) and Echigo-ya. These websites and information are all in Japanese, so you will need a Japanese person to assist you.

At midnight on August 17, 1940, TACC burnt down. The cause of the fire was said to be due to the overheating of a large condenser, which somebody forgot to switch off after a dance party that night. The history of the posh TACC had come to an abrupt end.

When you get off the bus at Ohsaki and walk back for one minute, you’ll see a high chimney in a clearing on the right in front of the lake. The building does not exist anymore, but the ruin pushes us to imagine those old, glorious times. Beautifully dressed-up ladies and gentlemen gathered around it to dance, talk, and drink. Many of them had their own summerhouses along the lakeside, and they came and went by small boats or expensive yachts. You can see the ruins of the pier in the park, as well.

If you are the type of person who likes to picnic, this park would be a great place to have lunch. A cozy walking trail along the lake, parallel to the traffic road (Route 120), connects Shobu-ga-hama beach to Chuzenji-onsen. Enjoy a nice walk for an hour, and take a break here. 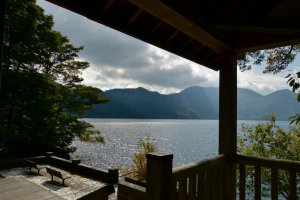 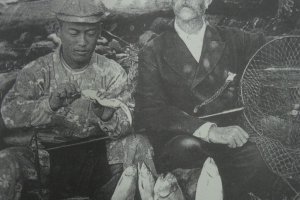 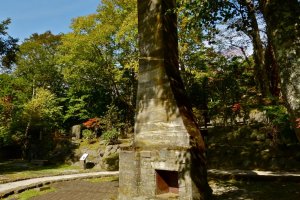 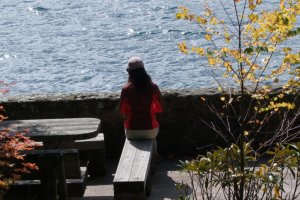 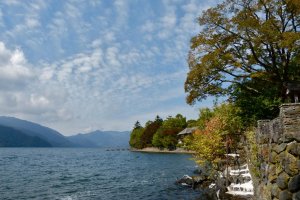 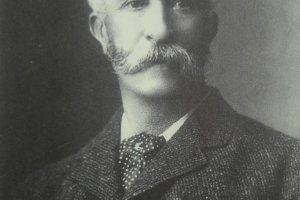