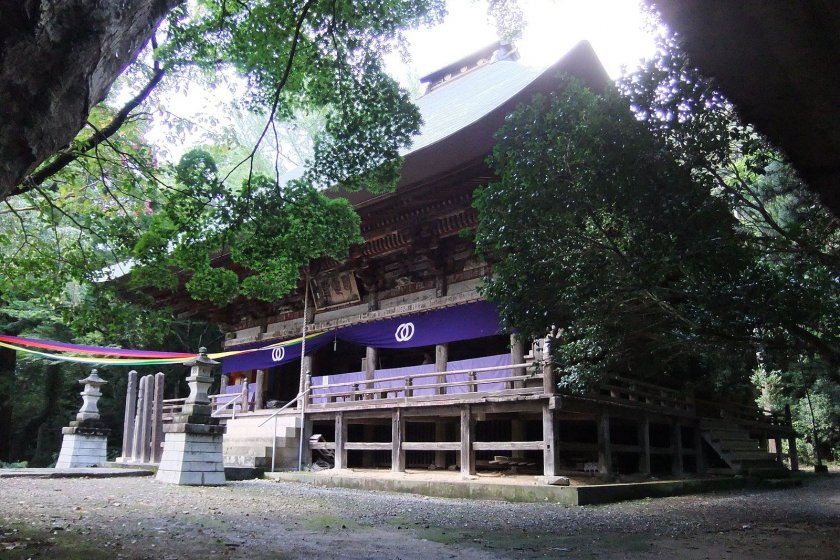 Home to the laughing God of Hell and healing

Mashiko-machi, the Tochigi Prefecture town renowned for its rustic mashikoyaki pottery, is celebrated with an annual festival. Any time of year, a walk along the main street reveals traditional and creative works of potters at dozens of workshops, showrooms, and cafes. Beyond the pottery heritage, Mashiko also has a historical treasure, Saimyoji Temple, with antique structures and statuary and a legacy of healing.

Saimyoji, also known as Fumonin, was founded about 1300 years ago making it one of the oldest temples in eastern Japan. The original halls were lost in fires, but the structures are nevertheless ancient and impressive antiques. At the bottom of the mountain, visitors are greeted by two fearsome-looking Nio statues housed in the Tang Dynasty style Sakuramon gate. The gate, a nationally important cultural property built in 1492, has delicate carvings and a thatched roof.

The main hall, a national cultural property contemporary with Kamakura’s temples, is home to many classic Buddhist figures including images of the merciful aspect of the Buddha, the 11 faced Kannon, and the Horsehead Kannon. The lustrous black lacquered woodwork and elaborate tapestries make for a peaceful place to reflect, pray, and appreciate the treasured statuary.

Next to the hall, the pagoda is a graceful mix of Japanese and Chinese architectural styles, another nationally important cultural property dating from 1538. Each of the distinct stories with different rafters and eaves harmoniously blends the two idioms.

The Enmado, a small thatched-roof building with delicate woodwork next to these two buildings has a startling surprise inside. Enma, the King of Hell, and his companions are caught roaring with laughter. They’re not meant to mock or frighten. Enma laughs in the face of suffering, as an outlet for the tormented.

The temple’s architecture and statuary are historical treasures, but there is also a recent history of healing at the temple. The late chief priest was urged by his father not to immediately follow in his footsteps. Instead, his father told him to first pursue a career in something he had a passion for, and only later don priests' robes.

As a young man, his interest in science led to him becoming a cancer researcher and clinician. Later, he studied Buddhism and took on the role of the chief priest of Saimyoji. He and his wife, also a doctor, presided over Saimyoji and created a clinic and long-term care homes. Today, his wife carries on the legacy of healing bodies and spirits as head of both the temple and the medical institutions.

Saimyoji is a 50 minute walk or 10 minute drive from Mashiko Station on the Moka Railway Line. 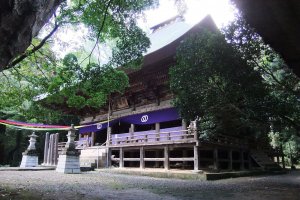 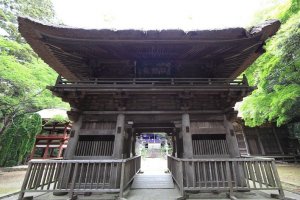 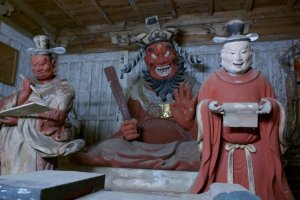 Lynda Hogan a year ago
Very interesting statues and the temple as a whole is very intriguing.
Reply Show all 1 replies

Elizabeth S Author a year ago
The town has a fascinating history and I got to visit it with someone who has ties to the temple, the clinics, and the local families. There are so many stories there.
Reply

Kim a year ago
The laughing God of Hell is... terrifying!
Reply Show all 1 replies

Elizabeth S Author a year ago
I was surprised when I saw him for the first time. Usually, Jizo statues have serene and smiling faces and Enma has a furious expression.
Reply
4 comments in total