A Visit to Kabukiza

Though I had visited Japan many times, I thought that watching a kabuki play would be hard to do and even harder to understand. However, inspired by an article here at Japan Travel about Kabukiza, a kabuki theatre in Ginza, Tokyo, I decided to visit and watch a show.

My visit to Kabukiza occurred on a Saturday morning. The first act started at 1100 am with one-act tickets on sale from 1030 am. I arrived a little prior to 1000 am. The Kabukiza theatre is located right by the Higashi Ginza subway station. It is quite easy to find. I also found a long line at the left of the entrance with some English signs- this was the line for the one-act tickets.

Standing in line, the staff warned us that only standing places were left but since the act lasted only 55 minutes, I decided to continue. As the line was outside and it was hot, staff set up a cooling fan so standing in line wasn't a problem. At exactly 1030 am, the line started moving and 15 minutes later I bought my one-act performance ticket for ￥1000. The staff then took a group of us directly to the 4th floor by elevator. Translations of the performance were offered but I didn’t take one as I thought it would be difficult to watch the play and read the text at the same time though many others did take one. I found a good spot by the side and spent a few moments examining the theatre. Initially, I thought that the stage was too far away, but it turned out ot be fine.

The play was titled ‘Takatoki’ and after reading about it, the action on stage was fairly easy to understand. I enjoyed the costumes and props and having worked in theatre, I could tell that everything was done with a great sense of professionalism. You can see it in every detail - the positions of actors, each aspect of the stage and the scenery working with them, the tempo of dialogue and so on. I was surprised to see young children among the actors acting very professionally. Later, I met a very happy couple in the elevator who told me that their granddaughter had performed!

I really enjoyed my experience with kabuki and on the way back to the station I found a nice small shrine and a market where I bought some kabuki-themed presents and cards. 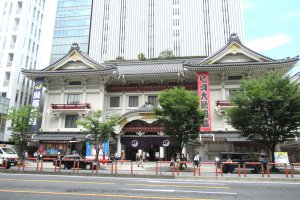 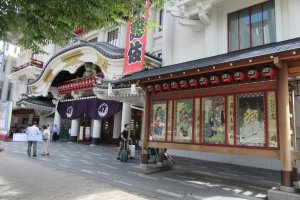 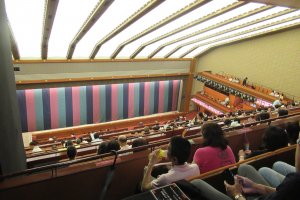 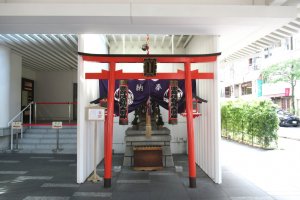 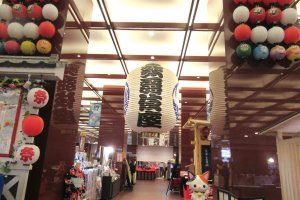 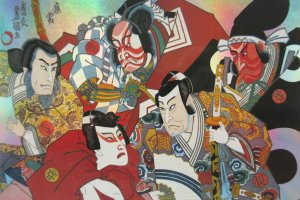 Kim a year ago
What a special experience! I would love to also attend one day!
Reply Show all 1 replies

Elena Lisina Author a year ago
Yes, you definitely should! I especially like the girl and the dance of a lady and then goblins with loud stamping!
Reply

Elizabeth S a year ago
I think I'll take the plunge and see one act of kabuki next time I'm in Tokyo. I bet a lot of people start with one-act tickets, and then get hooked!
Reply Show all 1 replies

Elena Lisina Author a year ago
I'd like to watch again! It's very bright and unusual theatre, like live history by its preserved form. I'd like to watch the play about Yoshitsune. But, to get a seat you should come much ahead, maybe 1,5 hours ahead and then you can sit in a line rather than stand - there are special seats under a tent! We came late and luckily could get in.
Reply
4 comments in total