A multi-purpose arts and culture center in Shibuya

Tokyo is home to a myriad of destinations focused on arts and culture, including Shibuya's Bunkamura, which literally translates to "culture village". The multi-purpose venue was opened back in 1989 and spans over several floors, where you'll find a gallery, museum, theater, performance hall, and cinemas.

Bunkamura's logo is made up of several colored shapes, each of which corresponds to a section of the venue.

The blue rhombus corresponds to the cinema floor, which is home to two movie theaters - quite simply named Le Cinema 1 and Le Cinema 2. Both are equipped with the latest in digital projecion technology, and showcase a range of films from different genres.

The red square corresponds to Orchard Hall, which is a world-class performance hall that seats over 2000 people. It's used for concerts, opera, and ballet, and was designed with acoustics in mind.

The green circle corresponds to Theatre Cocoon, a venue designed for events like contemporary dance and musical drama. Seating almost 750 people, the theater's layout is intended to maximize the intimacy between the performers and the audience members.

Lastly, the yellow triangle corresponds to The Museum, which typically hosts between four to six exhibitions each year. They focus on specific themes including Western art from the 19th and 20th centuries, photography, masterpieces from international museums, and the works of female artists.

If you're looking for what's on at the Bunkamura throughout the year, visit the calendar section on their official website for a comprehensive list.

Bunkamura is located around 6 minutes on foot from Shibuya Station, which is served by the JR Saikyo, Yamanote, and Shonan-Shinjuku lines, the Tokyo Metro Ginza, Hanzomon, and Fukutoshin lines, and the privately operated Keio Inokashira Line, Tokyu Den-en-toshi line, and Tokyu Toyoko line.

For those who opt to drive, parking is available on the B2 floor of the building. 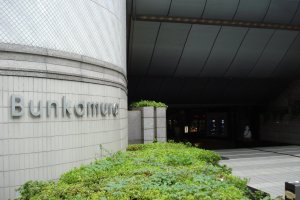 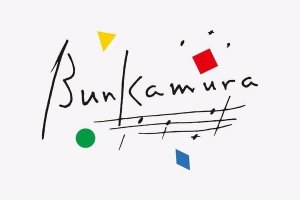 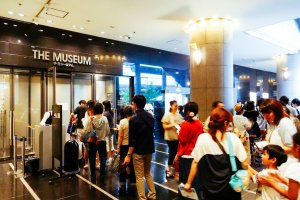 Justin Velgus 3 weeks ago
These smaller locations with a specific niche like the arts, are important to share for tourists. Travelers will stay longer and there will be repeaters. After the must-sees and must-eats, they will seek out their interests. It is great to share this information in a concise way, in English!
Reply Show all 1 replies

Kim Author 3 weeks ago
Thank you! You're always so kind and encouraging, I really appreciate it! 🥰
Reply

Sleiman Azizi a month ago
Nice write up!
Reply Show all 1 replies

Kim Author a month ago
🥰🥰🥰
Reply
6 comments in total