Early May
Venue: Yoyogi Park When: Early May 2023

The Cambodia Festival is a fun way to learn about and celebrate the beauty and intricacies of Cambodian, or Khmer, culture.

The festival is held in Tokyo's Yoyogi Park, and is part of the summer-long series of international festivals held there. Compared to some of the other mega-festivals, the Cambodia Festival is quite small, and isn't an automatic, annual fixture on the Yoyogi Park schedule. In past years, Cambodian offerings appeared at the ASEAN Festival, which featured a wide variety of Southeast Asian countries. However, it seems that the Cambodian community wanted to step up their game and introduce an event all their own to celebrate the 60th anniversary of the 1955 Friendship Treaty between Cambodia and Japan.

The stars of the show were the professional dance troupe that performed traditional dances one after another. Brought in from Cambodia, the dancers performed solo and as a group, with carefully measured poses and movements in the Khmer classical style. Wearing brightly colored and gold costumes, the troupe performed dances that in the past were reserved for the entertainment of royalty and for religious purposes.

Among the Cambodian food available was amok, a staple of Khmer cuisine. Amok is a kind of sweet, coconut-based curry with fish and vegetables, served with rice. It tasted fantastic, and was quite authentic based on the amok I tried in Cambodia. There were also other various curries, and a rice dish similar to risotto. For dessert there was sang khia, or pumpkin custard, that was sweet and delicious.

For the shopping-minded, there were plenty of handicrafts and products available. One that particularly caught my eye was a spool of deep golden-colored silk that the attendant explained to me was not dyed but is colored that way naturally.

Cambodian pride was on display at the Cambodia Festival, making for a fun and lively atmosphere. I hope the festival expands in the future.

The Cambodia Festival is held in the event square near the permanent stage in Tokyo’s Yoyogi Park, near the NHK building. It is about a 5 minute walk from Harajuku Station (JR Yamanote Line) or Meijijingumae Station (Chiyoda Line), and a 10 minute walk from Yoyogi-hachiman Station (Odakyu Line). 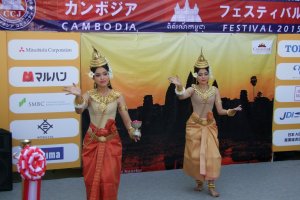 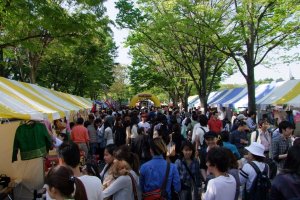 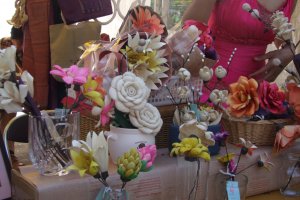 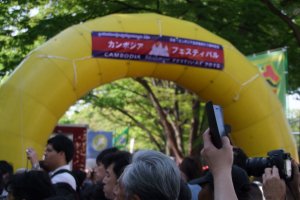 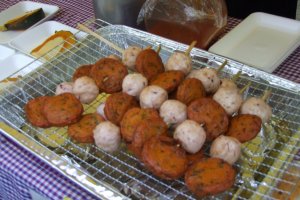 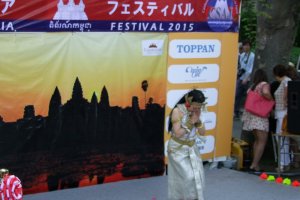