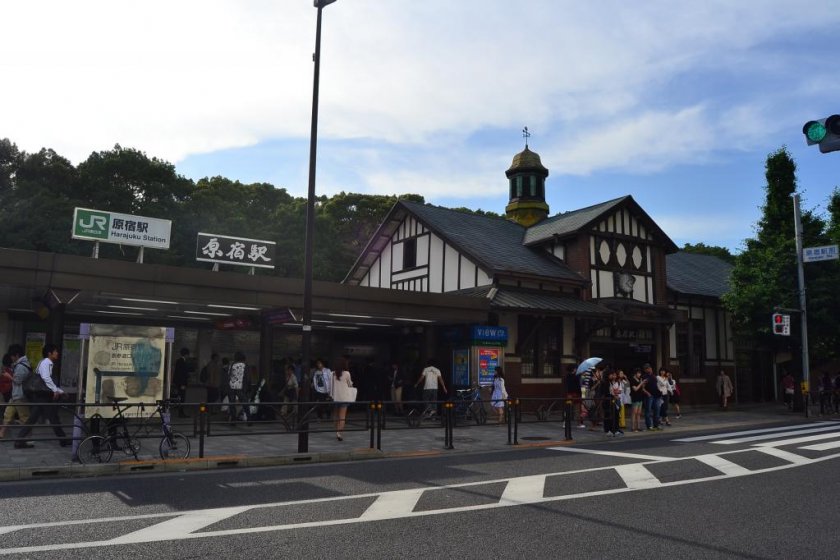 Flanked by two big districts in Tokyo, Shibuya and Shinjuku, Harajuku Station is the gateway for those who want to experience Japan’s latest pop culture while soaking up the unique atmosphere of the area. Here visitors will almost certainly run into the many teenagers that daringly wear unique clothes and attire, while enjoying browsing some of the hundreds of outdoor shopping malls that are dispersed throughout the three main streets.

Harajuku Station was built in 1906 in European style. Although this station opens out onto several sites of interest, it is not as big as other major stations like Shibuya or Shinjuku. There is only one railway line that passes through this station, the Yamanote Line, operated by the East Japan Railway Company. Nevertheless, Harajuku station is situated close to another station that is operated by Tokyo Metro, Meiji-jingumae Station on the Chiyoda Line.

Visitors who arrive at Harajuku Station will arrive at the main gate to Takeshita Dori (Takeshita Street) immediately. Takeshita Street is the main place for teenagers to gather and hang out, looking for other unique clothes while eating crepes in their hands. Rows of boutiques, merchandise and action figure stores, funny purikura (photo booths), and several crepe booths compete for space in this area. There are also stores that sell photos and posters of Japanese artists such as AKB48, Arashi, and others.

At the end of Takeshita Street, there is Meiji-dori or Cat Street which is not only perpendicular to Takeshita Street, but also to the famous Omote-Sando Street. Many people say that Omote-Sando is Tokyo’s Champs-Elysees where visitors can find lines of boutiques from the world’s most famous designers.

Tired of shopping? Let’s go behind Harajuku Station to take a breath of fresh air in two large gardens. The first one, Yoyogi Park, is very famous and was once the home of American soldiers after World War II. Nowadays, many people come to Yoyogi Park to enjoy a picnic in fine weather while protected by the cool shade of the trees.

After Yoyogi Park, visitors can make their way to a Shinto shrine that was built in memory of Emperor Meiji. Meiji-Jingu, the largest shinto shrine in Tokyo, was completed and established in 1920. The trees that abound in the woodland surrounding Meiji-jingu were donated from all around Japan and overseas. If you are lucky enough, you may be in time to observe one of the many Shinto wedding ceremonies that are held in this area.

If you want to shop, or are simply looking to refresh yourself in a green space, look no further than Harajuku station and its pleasant surroundings. 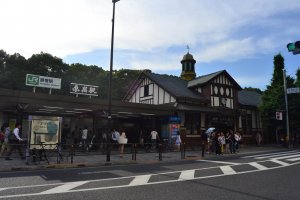 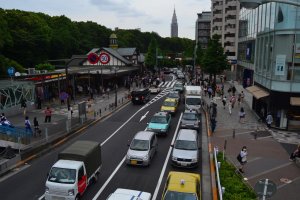 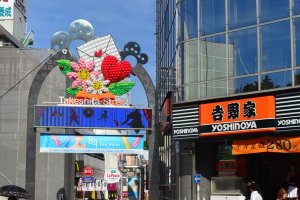 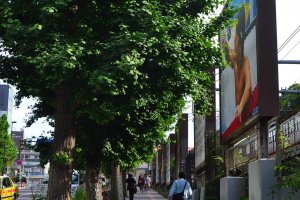 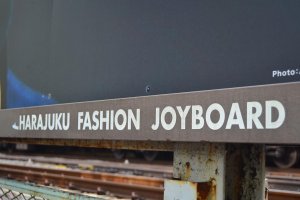 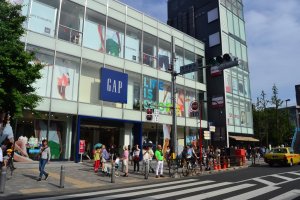