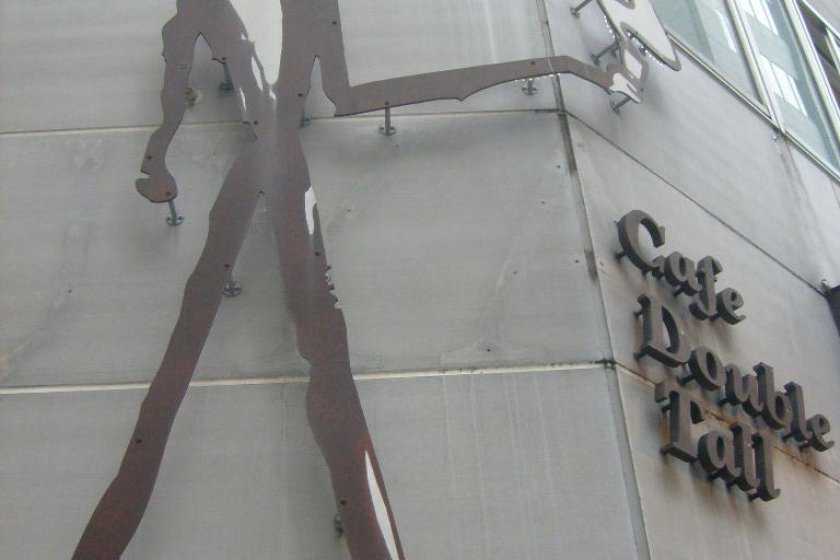 A peaceful place for a coffee in Shibuya

This guy really is Double Tall

If you're in Shibuya and looking for a break from the crowds and the shops, it can sometimes be difficult to find a good place to sit down over a coffee. Of course there are the chains, but they're often packed and noisy, so what you need is somewhere else close to the station that has a calm and characterful atmosphere. Somewhere like Double Tall.

Just down the road from the Hikarie tower near the station's south exit, you'll find Double Tall on a quiet little side street, literally just a stone's throw from Meiji-Dori. It really is a good location, close to the station but insulated from the bustle, but with enough passing traffic to make it a fun place to sit people-watching from the window or terrace.

By way of drinks, as well as your standards, something you'll find here that's not so common is the "TXpresso". This is made by using a special gadget which allows them to pull a 'shot' of tea from the espresso machine, pouring a latte as if it's espresso-based. You can get it both iced and hot and in a range of varieties including americano, caramel mocha, honey and chai.

The café is also known for its latte art, images drawn with milk on the surface of your cup. They really are little works of art, and if I drank coffee or tea myself, mine would probably go cold because I'd just sit gazing at it. When the inaugural Latte Art competition was held in Tokyo in 2008, it was a barista from Double Tall who won.

It isn't all coffee and tea, though. They also do food, with good value lunches and desserts, and there's a decent range of alcoholic beverages and soft drinks on offer, including a very refreshing campari mojito.

A good time to come here is for the free "New Material Night" run by Tokyo Comedy Store on the first and third Tuesday of every month. This is where you can get to hear new jokes being tested out by the city's stand-up comedy performers, beginners and old hands alike. Though the comedy is all in English, you'll often see Japanese performers trying their hands, and there's a lot of fun to be had from the wide wide range of styles on display. And if you're thinking of trying stand-up yourself, then this is a good place to start. 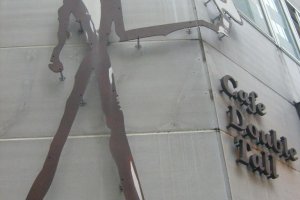 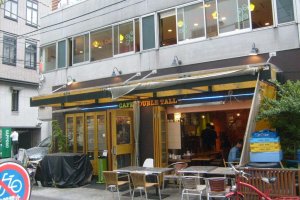 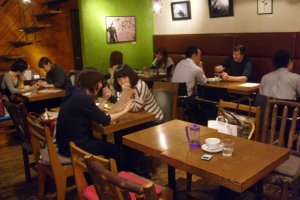