One of Tokyo's best summer festivals

Summer means festival season in Japan. Every area, from major downtown hubs to quiet rural villages, does it up in grand style. Yet despite all the competitors, the Ebisu Bon Odori Festival manages to remain special.

The party rolls on for two days over a weekend in late July, and takes places in front of Ebisu Station (the JR Station's West Exit and the Metro Station's Exit #1 are the nearest) in Tokyo's Shibuya Ward. The festival puts on a great show, with a string of festivities lined up. This year's festival featured one of the most amazing taiko drum performances I've ever seen seen during the afternoon. At night, the focus is on the yagura, the large, raised, circular stage set up for such festivals. Musicians are up on the peak, and dancers making their way around the circle perform the traditional steps of the Bon Odori done by generations and generations before them. The crowd gets in on it too: yukata (summer kimono)-clad dancers grab their fans and circle the stage in perfect unison, following the folks on stage. Anyone can join in. In addition to traditional festival songs and dances that go on everywhere, there are several that are special to Ebisu (such as the Ebisu Ondo).

The Ebisu Bon Odori Festival also scores high marks in my favorite part of summer festivals: the food. Grills line the streets, and the smells of yakisoba, corn on the cob, and a hundred other summertime delights fill the area.

The Bon Odori is a traditional folk dance meant to welcome the spirits of the dead. It is performed at festivals held during Obon (hence the name "Bon Odori," meaning "Obon Dance"). Obon is a Buddhist holiday held over 3 days in the summer, when people visit the graves of their ancestors. The holiday is celebrated differently in different parts of Japan, and even occurs on different days.

It's difficult to explain what makes the Ebisu Bon Odori Festival special. Its elements can be seen in hundreds of other festivals around the area, but it has a unique feeling. Perhaps it's the glow from the thousands of pink lanterns. Or perhaps it's the transformation of Ebisu from its usual "trendy but not exactly warm and fuzzy" vive to a time when everyone comes together and feels like a community. Whatever it is, it makes for a great night. I know I'll be there again. 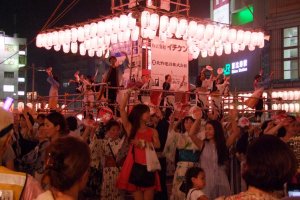 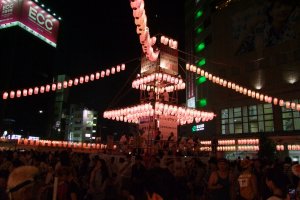 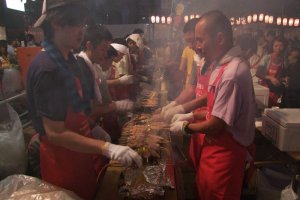 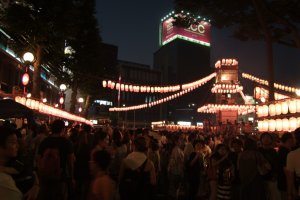 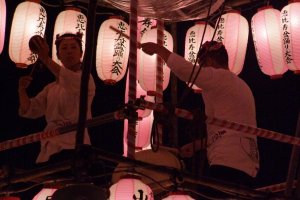 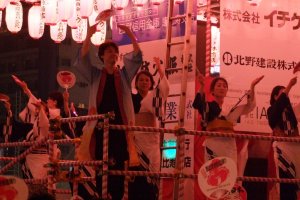 Elena Lisina 3 years ago
Is it possible to watch when it's so crowded?
Reply Show all 0 replies

Nicole Bauer 7 years ago
I just LOVE the summer festivals! Haven't been to this one yet, so thanks for sharing. Very nice pictures!
Reply Show all 0 replies
4 comments in total