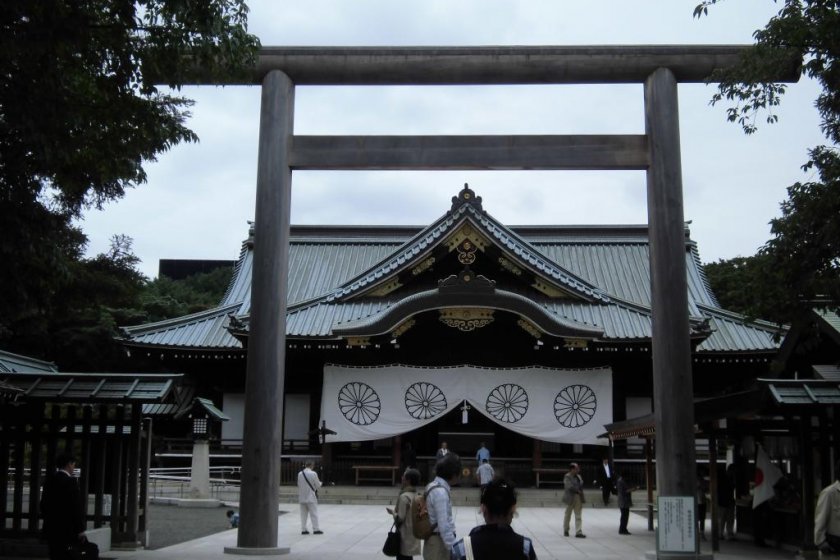 Tokyo is home to hundreds of shrines, many are grand and certainly all are steeped in Japan’s religious and historical traditions. However, even among this wealth of historical monuments, Yasukuni Shrine’s function since its founding in 1869 as a place to commemorate the country’s war-dead has made it extremely controversial.

Ironically, considering the shrine’s associations with war, the moment you enter through the majestic torii (shinto gate) the environs of Yasukuni quickly replaces metropolitan hubbub with a palpable sense of serenity. A tree-lined avenue proceeding from the torii takes you past a statue (Japan’s first Western style statue, erected in 1893) of Omura Masujiro, who founded the modern Japanese Army, through another looming torii and into the shrine grounds proper, marked with that most Japanese of symbols: cherry blossoms. In Japan, the cherry blossoms’ ephemeral beauty (best seen for a short period at the beginning of April) is viewed as a symbol of impermanence, an appreciation of which is a buddhist virtue. This idea was cultivated into a doctrine of fearlessness in the face of battle by samurai and later used to rouse the spirits of Japanese soldiers during war and as such provides a rich aroma of symbolism, as well as decoration, to the area.

A walk through a third, smaller, torii brings you to the main hall and the main shrine, where more the spirits, kami, of approximately 2.5 million dead soldiers and civilians, who lost their lives during military conflicts from the Boshin War (which brought about the Meiji Restoration) up to World War II, are enshrined. The controversy around Yasukuni Shrine comes from the enshrinement in 1959 of a thousand class-B and C war criminals from World War II and the subsequent enshrinement, in 1978, of fourteen class-A war criminals. Furthermore, despite calls from the international community for the "removal" of some war criminals, the shrine's priesthood maintain that, owing to the shrine’s tradition of enshrining all kami within a single seat, "removal" is impossible.

In addition to this controversial site, the grounds also house a war museum, (the Yushukan) which stores over 100,000 artefacts including paintings, art, armor, and weaponry. Near the museum, a number of statues commemorating the lesser acknowledged contributions to war of women and animals can be found as well as a Noh theatre, a sumo ring, and an exquisite garden which was created early in the Meiji era and where a profound serenity can be experienced.

Festivals are held throughout the year and twice every year—in spring and autumn—major rituals are conducted. I haven’t attended these but imagine the atmosphere being one of lightly electrified conviviality which, however agreeable it sounds, is some distance from the sedate atmosphere I experienced on my two visits and while I will certainly make an effort to attend one, I am happy that I experienced the ripe stillness the shrine is capable of evoking first. Fitting it is then, that Emperor Meiji chose the name "Yasukuni" as it means "preserving the peace of the nation", which could be seen to exist because of (not in spite of) the shrine’s fundamental association with war and reminds us to consider the value of the peace we prize so highly.

I am originally from Birmingham England and have always sought places over the horizon. I first moved to London from my home town where I studied Literature and my interest in Asia first bloomed through exposure to Hong Kong, Thai, and Japanese cinema. I spent a year in China prior to the Olympics teaching English and then returned to London in 2008 where my interest in Asia focused on Japan for what I saw as its vibrant and creative culture as expressed through cinema, literature, music, and art. I am currently living in Tokyo. 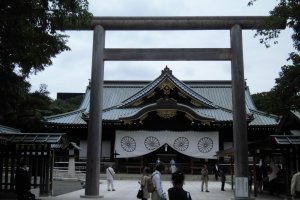 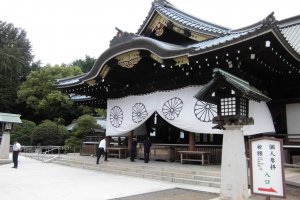 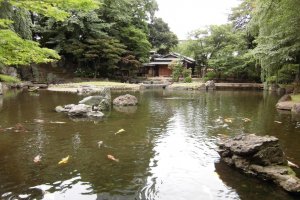