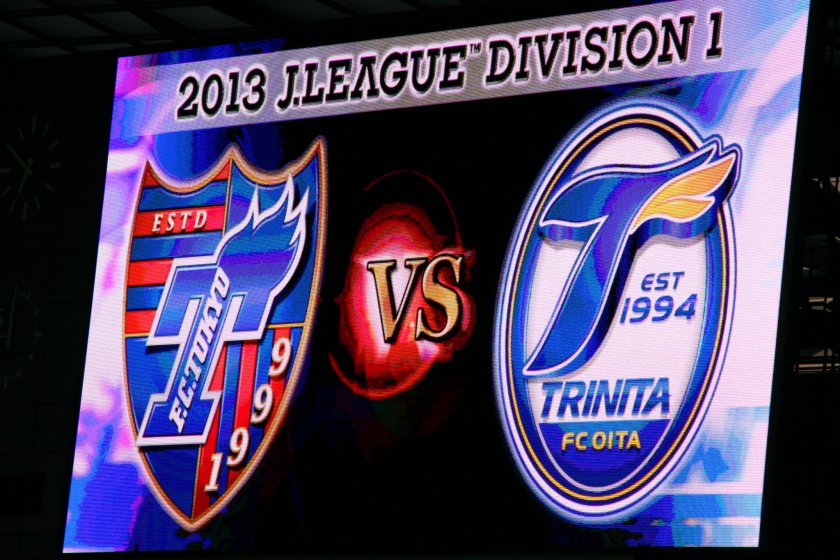 J.League soccer in the capital at Ajinomoto Stadium

It’s no longer the case that Japanese soccer players are signed by foreign teams for the sole reason of selling football shirts and TV broadcasting rights back in Japan. Hidetoshi Nakata broke a lot of ground for players in the 2000s, playing in Italy’s Serie A and England’s Premier League. Following on, players such as Shunsuke Nakamura (ex-Celtic), Yuto Nagatomo (Inter Milan), Keisuke Honda (CSKA Moscow) and Shinji Kagawa (Manchester United) have all shown they have the quality to stake first team places overseas.

So if you like soccer, where better to get acquainted with J.League than at Tokyo’s Ajinomoto Stadium in Chofu, home of F.C. Tokyo? J.League is comprised of two divisions, J1 and J2, and F.C. Tokyo plays in the top tier.

F.C. Tokyo supplied four players to the Japan national squad that went on to win the 2013 EAFF East Asian Cup (beating South Korea 2-1). One player to watch out for is goalkeeper Shuichi Gonda, who played in the competition, replacing regular, long-term ‘keeper Eiji Kawashima.

The J.League season runs from March to December. There are eighteen clubs in J1 and the bottom three clubs get relegated at the end of the season.

Many of F.C. Tokyo’s games are scheduled in the evening, at around 7:30pm, which means you don’t even have to interrupt your day very much in order to attend. If you have family, why not bring them along too? Matches in the J.League don’t have the intimidating atmosphere and tribalism that can be common in other leagues. Sure, the fans can get pretty noisy and excited, but it’s not uncommon to see kids as young as four and five attending games with their parents. There are plenty of female spectators too.

Ajinomoto stadium can be accessed easily via Tobitakyu station on the Keio Line. Alternatively, the Odakyu Bus Company lays on special non-stop express buses on match days from a variety of train stations, such as Kichijoji, Mitaka, Musashi Sakai and Komae.

F.C. Tokyo’s website is available in English and has a full fixture list and a profile of each player. If you’ve ever paid Premier League ticket prices then you might be surprised at how inexpensive it is to watch F.C. Tokyo. I paid just 1,600 yen for an unnumbered seat near the top of the lower tier along the corner flag (purchased through all main convenience stores or online). Sure, you’re not watching the likes of Rooney, Bale or Van Persie, but soccer is a beautiful game wherever it’s played, so why not head out west a little and take in a game? 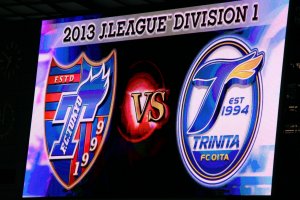 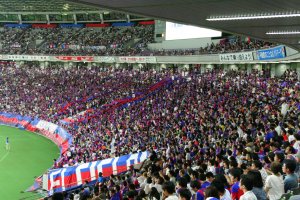 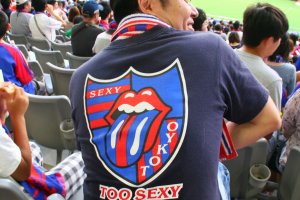 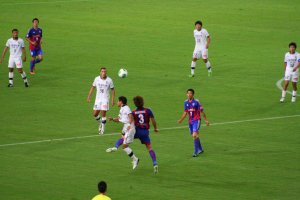 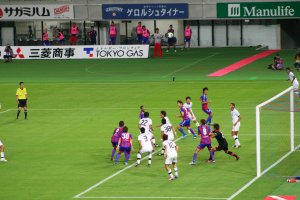 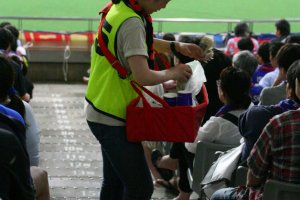