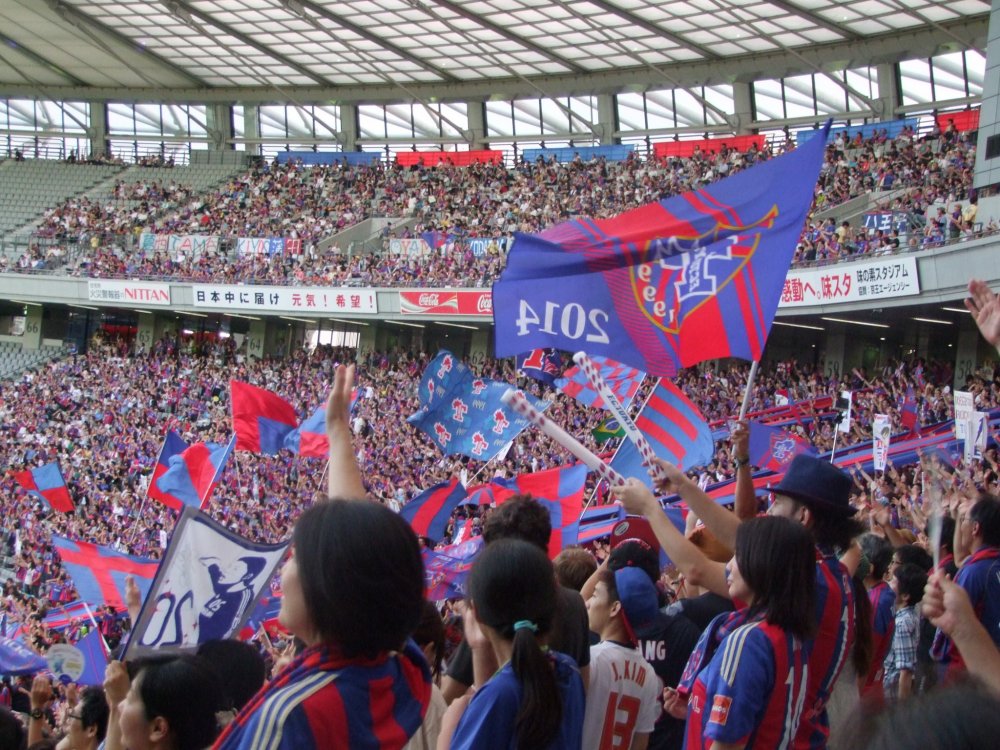 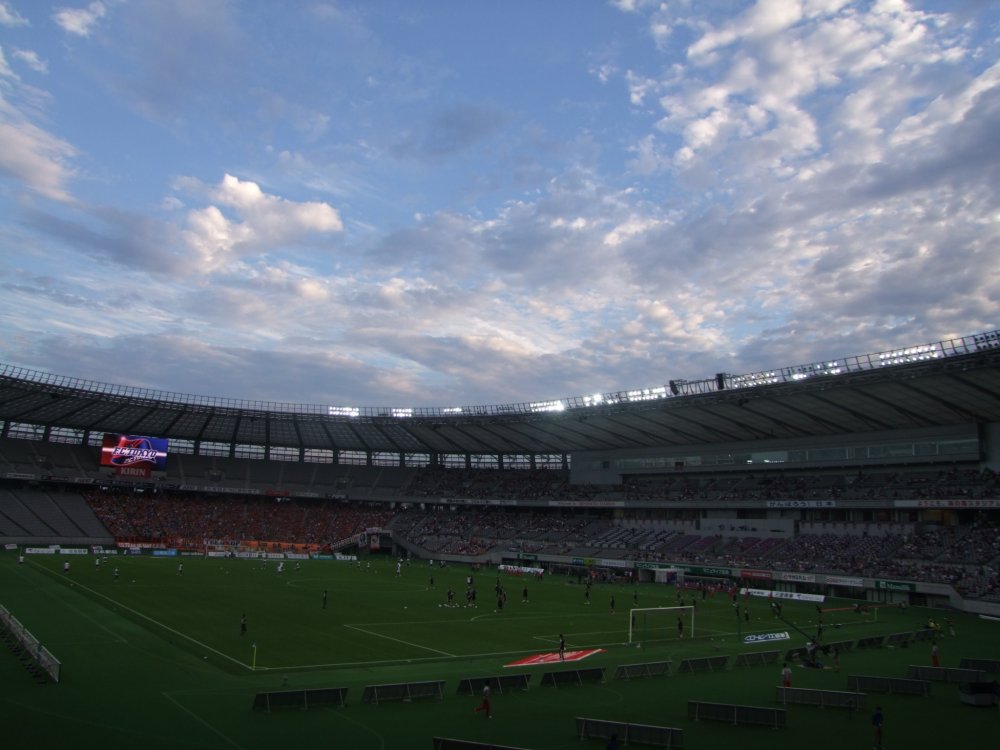 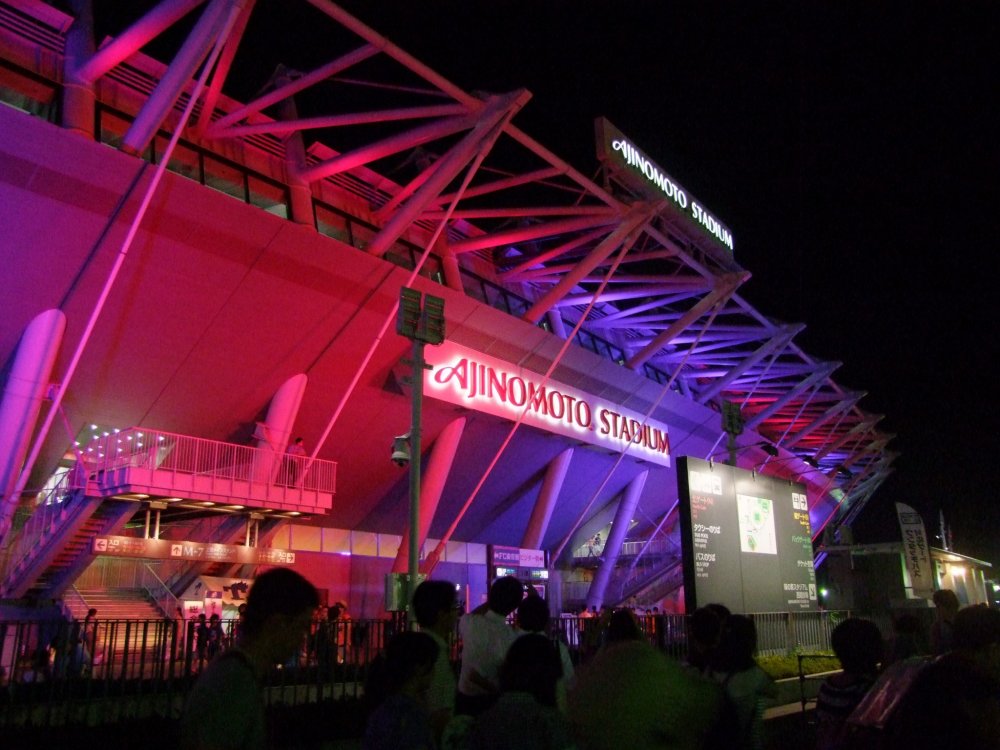 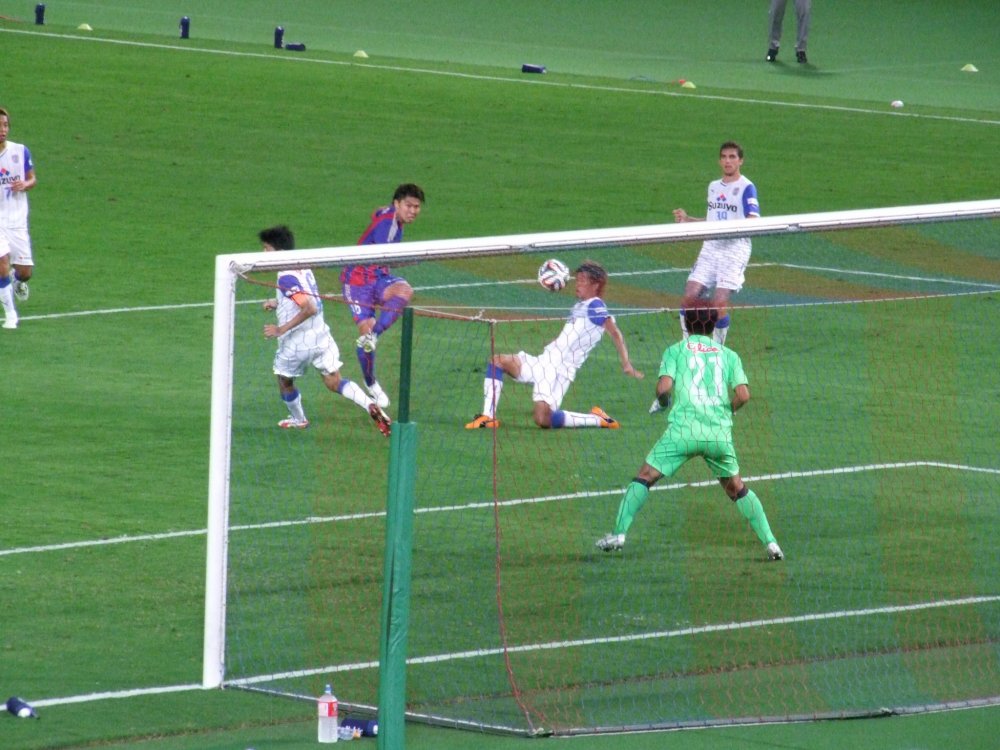 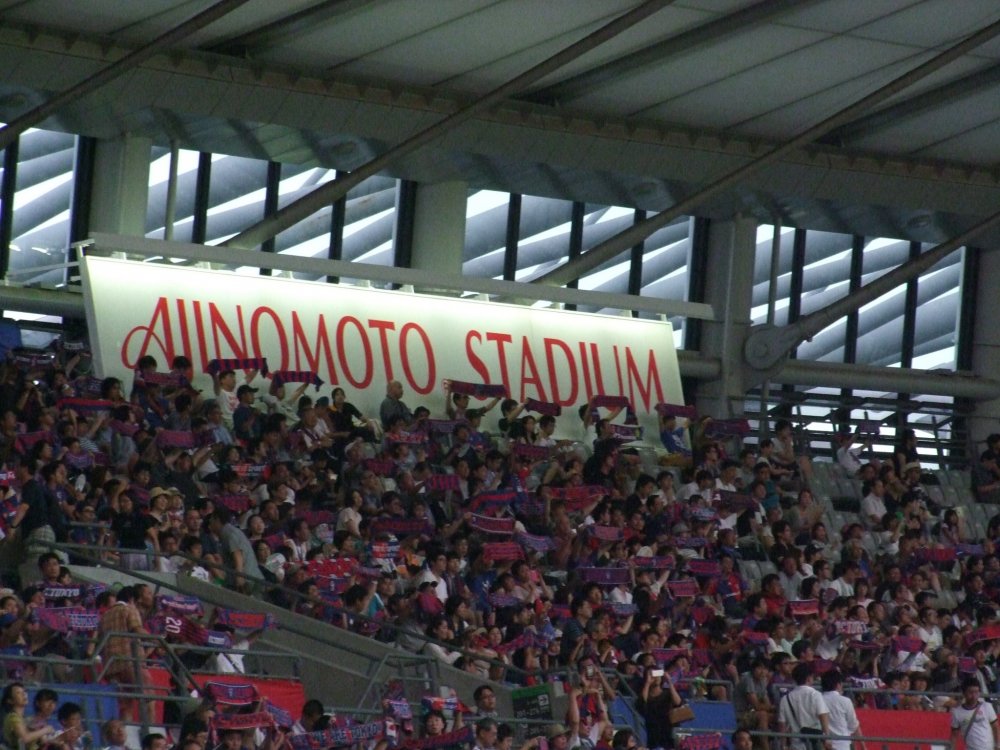 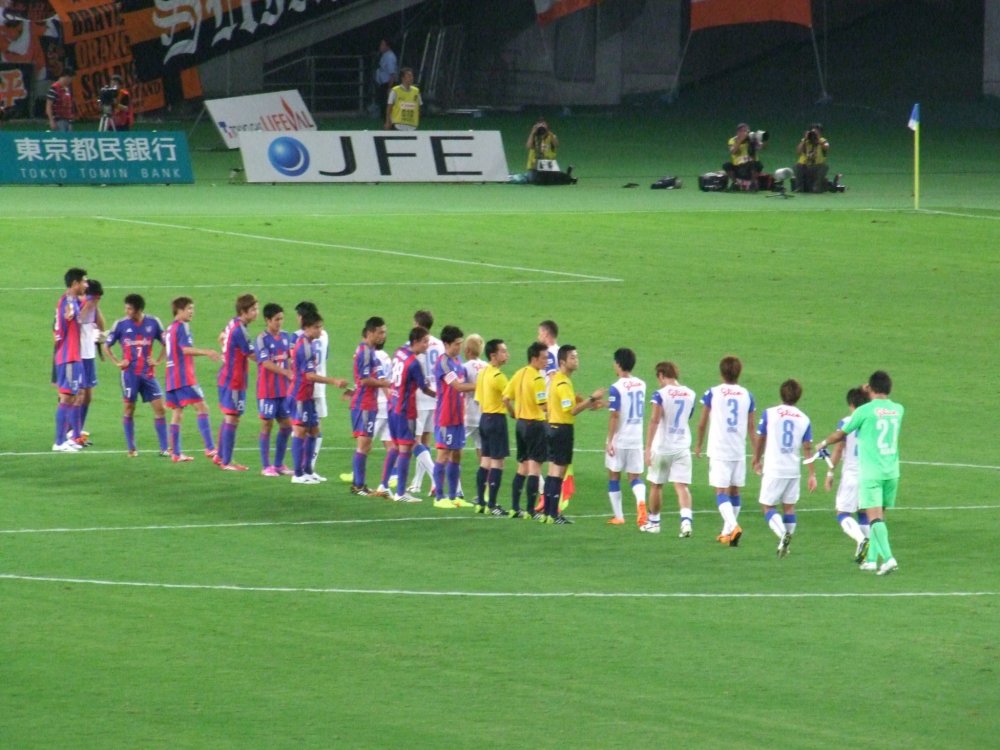 Shaking hands after the match 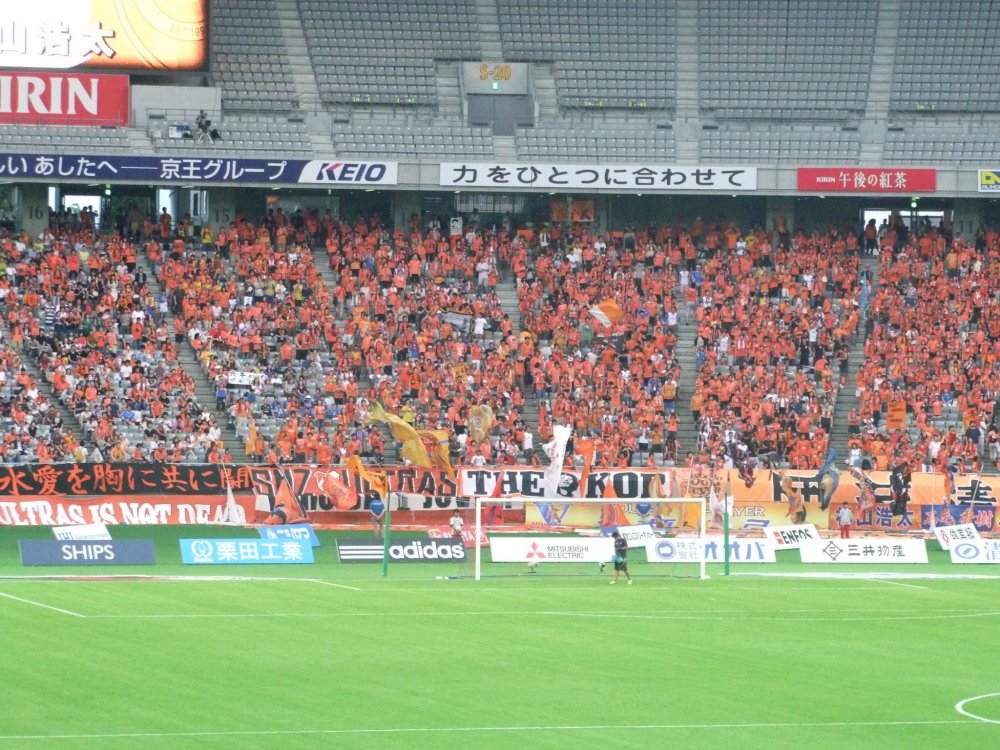 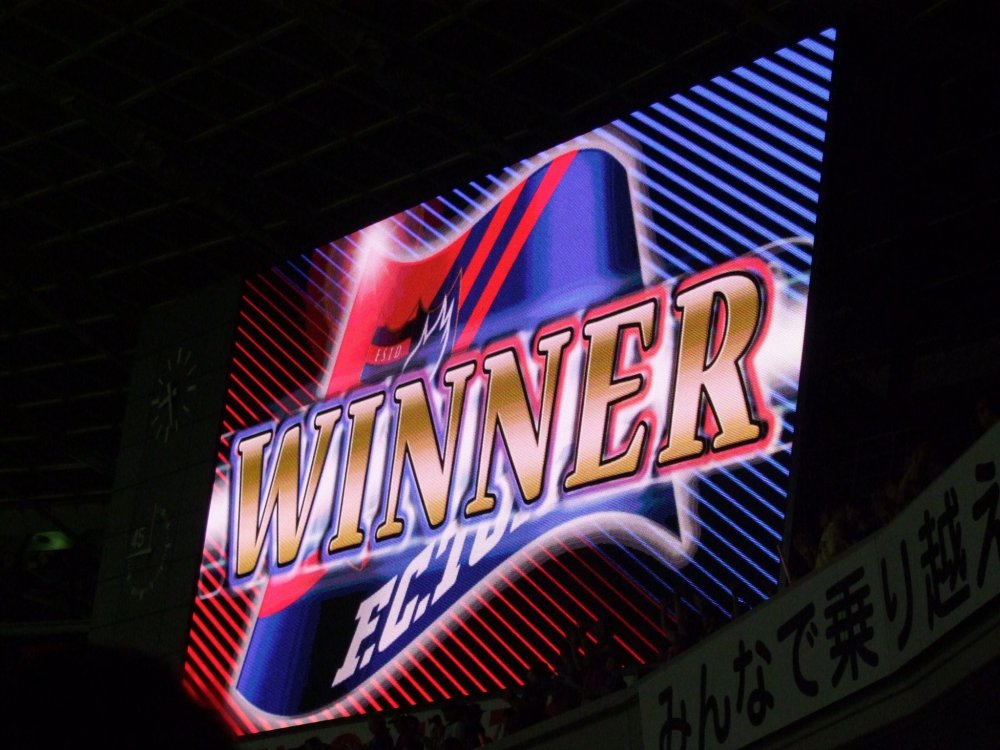 Another win for the home side 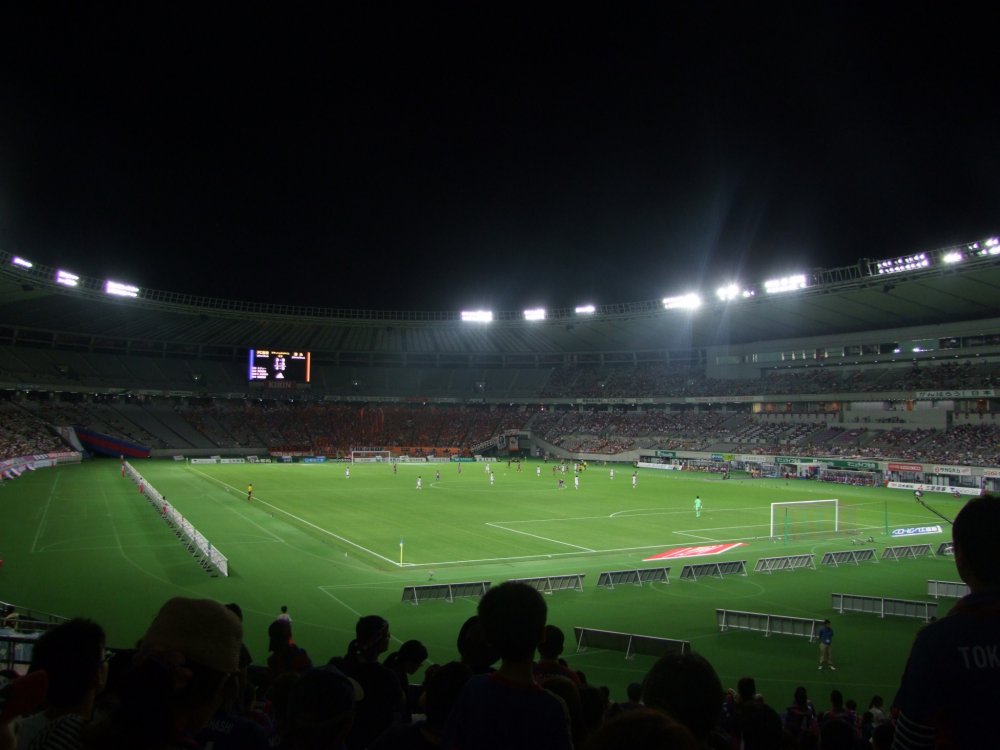 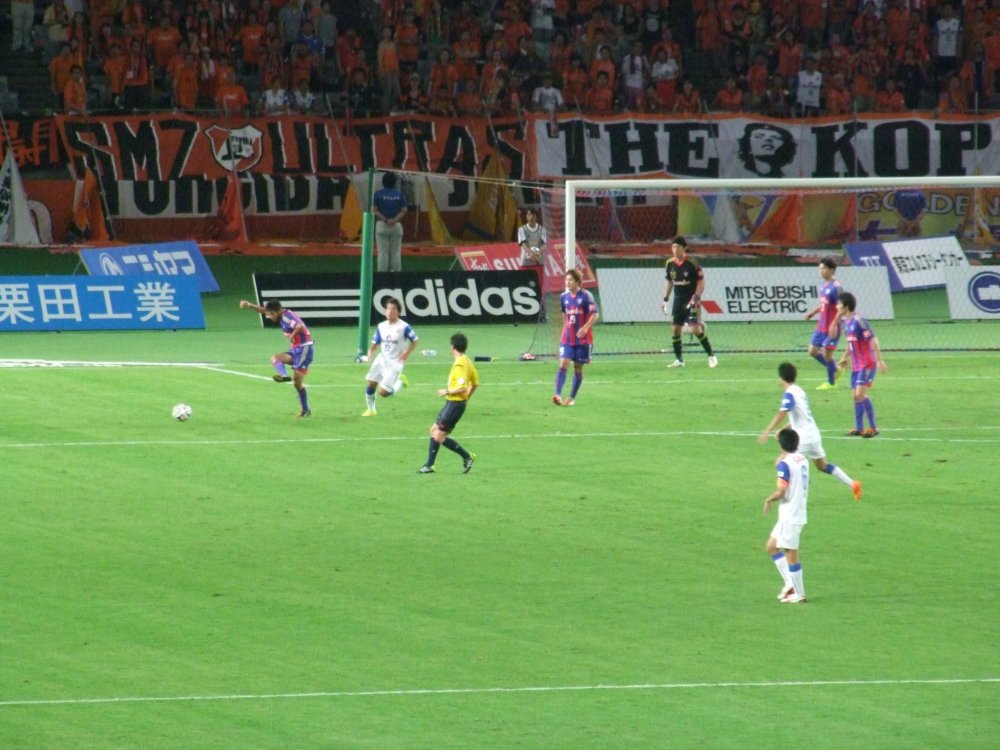 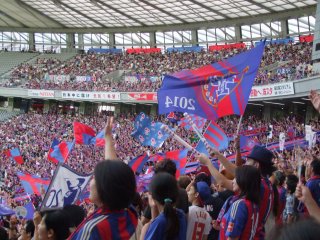 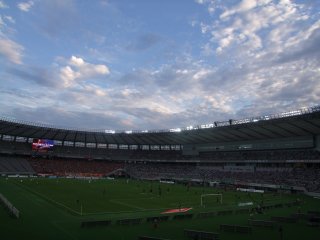 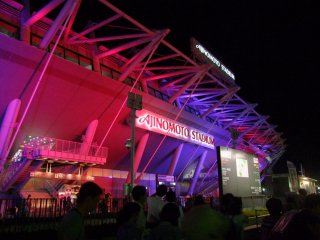 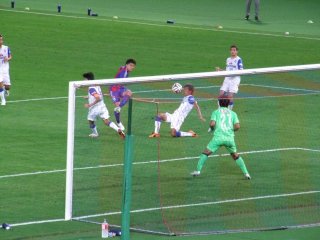 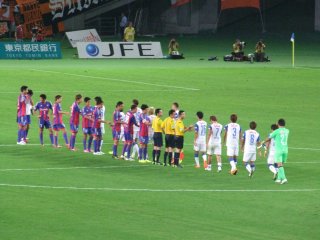 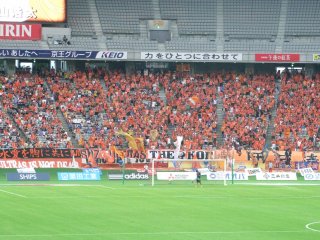 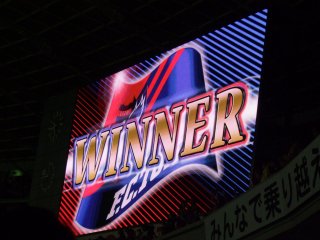 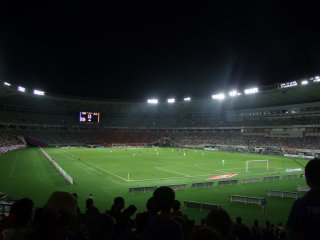 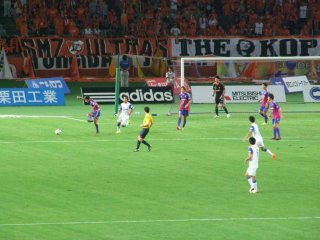 Ajinomoto Stadium (formerly Tokyo Stadium) is the home of F.C. Tokyo, the capital's J-League soccer team. Located in Chofu, the stadium holds 50,100 people and is a great place to catch a game. It will be also playing host to the rugby during the Rugby World Cup 2019 in Japan.

F.C. Tokyo fans are a loud and passionate bunch, with the supporter section directly behind the net on their feet singing, chanting, and waving flags all game long. Games are inexpensive and fun. Ajinomoto Stadium is also home to Tokyo Verdy (Division 2 soccer), several lower-tier football teams, various athletic events, and will be one of the soccer venues during the 2020 Summer Olympic Games in Tokyo.

Find out more about Ajinomoto Stadium.