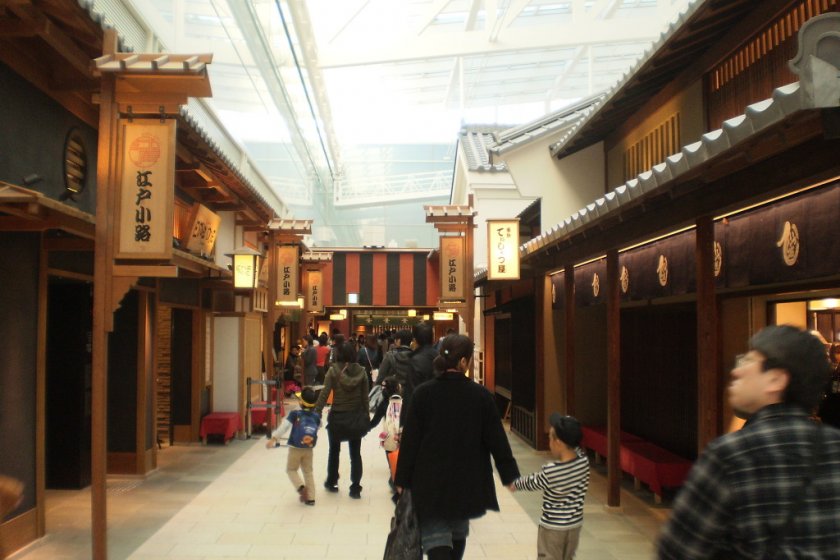 Not just for flying anymore

I am sure by now many people living in the Tokyo area have at some point flown out of Haneda (officially known as Tokyo International Airport or 東京国際空港 in Japanese, and nicknamed 'Big Bird') to another destination within Japan or, more recently, to an international destination. Due to its location much closer to downtown Tokyo than its larger airport cousin, Narita, it should be an easier airport to depart from.

But there is so much to do at Haneda Airport other than departing and arriving.

Japan has long tried to make its airports more than just places to transit from—they tend to be more like shopping malls that you just happen to be able to fly out of.

Haneda Airport in Tokyo is no exception, as it has very impressive shopping and dining complexes alongside the domestic terminals. With the opening of the new International Terminal in October 2010, the airport became a tourist attraction itself.

The new terminal building is open 24 hours a day to handle flights that are typically scheduled between 11:00pm and 7:00am. However, it is more fun to go there during the day to see the building itself.

The Arrivals and Departures levels are pretty typical of what you might find at any Japanese airport, but it is when you head upstairs to the 4th floor that things get interesting. Here, they have attempted to reconstruct an Edo-style village. This is quite unique and a nice achievement considering it is all indoors. The village houses a number of restaurants serving everything from Ramen to Sushi to European and Chinese food. Get there before 11:30am if you want to get a seat fast, as the lineups tend to get long around 12:00pm to 1:30pm. Also in this village are souvenir shops and clothing shops, all designed to replicate old Edo.

Head upstairs again to the 5th floor and you find a modern floor with more restaurants and shops geared to the younger crowd. Included on this floor is a restaurant that also doubles as a planetarium, projecting the night sky and stars overhead while you eat (the aptly named Starry Café). Reservations are recommended at this restaurant as it tends to fill up quickly. The other main attraction on this floor is the outdoor observation deck that allows viewing of the runways and parts of the city as well.

Overall, Haneda Airport is a place that you can visit and take the kids to for a few hours, not get bored, and even have a good meal. 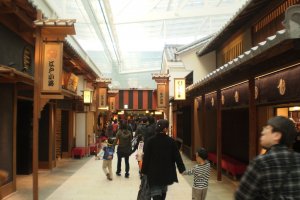 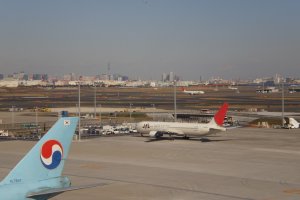 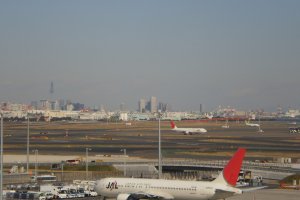 JapanTravel Guest 7 years ago
Nice article, good to know where I can head to the next time I go to Haneda.
Reply Show all 0 replies

Sasa Jancikic 10 years ago
Good to know! I'm flying from Izumo to Haneda in few weeks. I want to check that Edo village...
Reply Show all 0 replies