Haruki Murakami Library to Open at Waseda University in 2021

Waseda University, one of the most prestigious centers for academia in Japan, is adding another string to its bow with a brand new library in 2021. The Waseda International House of Literature (aka the Murakami Library) will host the work of novelist Haruki Murakami, one of its most famous alumnus. The writer's personal archive, which he kindly donated to the university, will be housed in the library. In addition, visitors can also read a collection of his novels that have been translated into many other languages.

The person behind the renovation of the university's building No 4 is none other than legendary Japanese architect Kengo Kuma, who is also responsible for the Japan National Stadium, which is ready and waiting for next year's Tokyo Olympics. Kuma and Murakami are renowned in their respective fields and this stellar duo makes the library one of next year's most anticipated architectural arrivals.

Kuma has envisaged the Waseda International House of Literature as a place for discussion rather than the traditional hushed and silent structures of most formal libraries. He also hopes that Murakami himself will visit for events and discussions regarding his revered literary output that has made him a Nobel Prize for Literature candidate for years on end.

Murakami’s last novel (translated into English) was 2018's blockbuster, "Killing Commendatore." His legion of devotees awaits the translation of his latest work, a collection of stories titled "First Person Singular," due in early 2021.

I'm currently content manager at Japan Travel. I worked as editor-in-chief of Metropolis magazine and writer and contributing editor at The Japan Times, Tokyo Weekender, Stylus, Tokyo Fashion, Time Out Tokyo and many other publications in Japan and overseas. 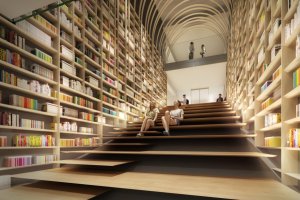 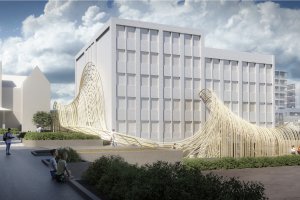 Bonson Lam a month ago
Great place to a museum for his works, given many of his novels are based on locations near here. I remember fondly the stories of every day life along the local tram lines near the university in Norwegian Wood
Reply Show all 0 replies

Shinobu Ishikawa a month ago
This is great news! Thank you for letting me know.
Reply Show all 0 replies

Sleiman Azizi a month ago
Hard to say no to a good library and it's great to see that the concept here isn't silence but discussion.
Reply Show all 0 replies

Kim a month ago
This looks incredible! Kengo Kuma is such a master of design...
Reply Show all 2 replies

Shinobu Ishikawa a month ago
Yes, he is, indeed. I wonder how he can come up with so many different ideas on building design.
Reply

Kim a month ago
It's quite remarkable, isn't it? I always admire people's creativity!
Reply
7 comments in total