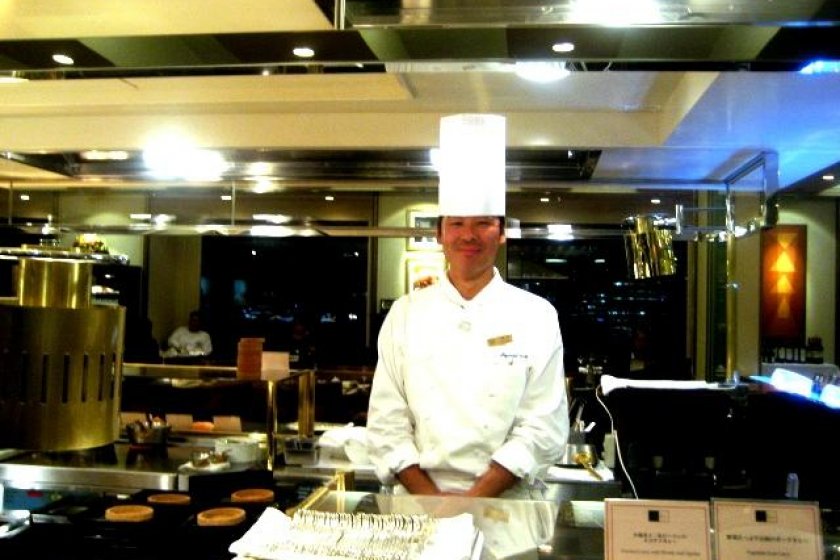 Home to royalty, diplomats and celebrities

Chefs ready to cook to order at the Imperial Hotel Tokyo

Mr Suzuki was saved by the Frank Lloyd Wright in 1923, even though they have never met. A massive earthquake had just struck, and firestorms gutted the city. As Suzuki was hammering away at the metal press, a firestorm took away his shop in the aftermath. Suzuki had nowhere to go, but found shelter in the Imperial Hotel, designed by Lloyd Wright just a few years. It was one of the few buildings that were left standing after the Great Kanto Earthquake. Today his grandchildren serve at the Imperial Hotel, bringing to life the hospitality and immaculate service that has left its mark amongst the many statesmen and celebrities that have stayed here over the years.

The history of the Imperial Hotel is the history of Modern Japan itself. Built to accommodate foreign dignitaries in the Meiji period in the nineteen century as Japan opened to the world, its walls tell many stories of intrigue and diplomacy, as kings and queens and prime ministers met to change the world. Even today, at the recent IMF and World Bank meeting in Tokyo, leaders of the world met to network and to develop strategies for the betterment of mankind. As you can imagine functions and banquets are their forte, and many society weddings take place here.

Actually, the first time I walked inside the Imperial Hotel was in Meiji Mura, Gifu in Chubu, and not the middle of Tokyo. Frank Lloyd Wright’s building was relocated in the late sixties, and stepping inside the grand art deco lobby and its beautiful geometric designs blew me away.

The current buildings were constructed in the 1970's to a higher earthquake safety standard. While the newer building is more practical, you can still see traces of Frank Lloyd Wright in the Art Deco themed Imperial Bar, as well as some of the furniture in the lobby areas. The tower rooms have floor to ceiling windows, and while some look a bit dated (call it old world charm), it is the superb hospitality that brings guests back again and again, from the immaculate and polite elevator staff to a “nothing is too much trouble” and “sorry to keep you waiting” standard of service, even if you have not waited at all. It even has a fully functional day care center for children; such is the lengths it goes to in thinking of the guest’s every need. If you want to use the gym, but forgot your sneakers, you can even burrow one. There is a small pool on the premises as well, and if you join the Imperial club (free membership); you get to use the pool and gym for free.

Buffet Dinner is served in the restaurant on one of the higher rooms, and there are stunning views of the Imperial Palace, Hibiya Park or the lights of Ginza. 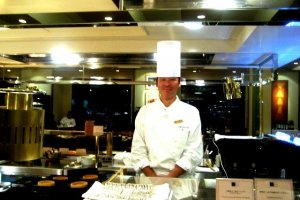 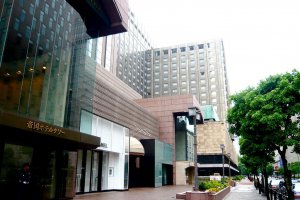 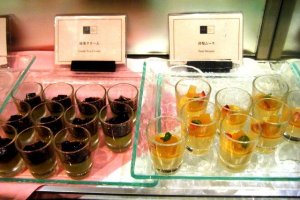 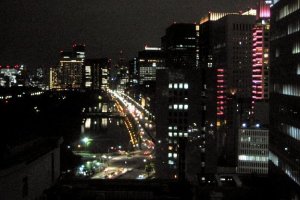 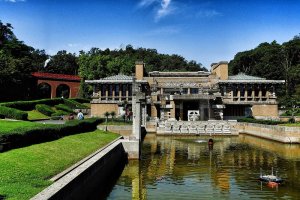 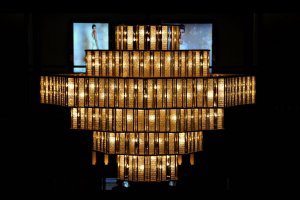