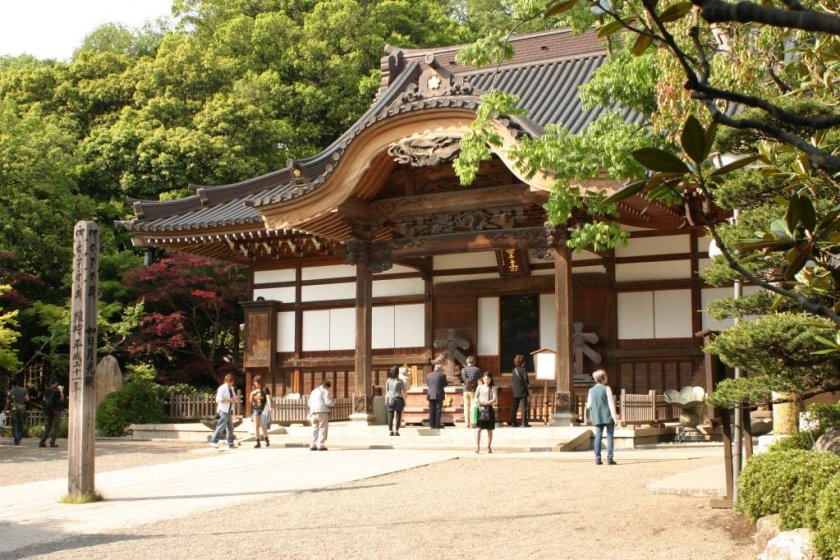 Step back in time at the second oldest temple in Tokyo

The feeling you get when you step out of Chofu Station is pretty much the same as for any suburban town or city in the Tokyo Metropolis. However, just a few minutes away, in the leafy environs of Jindaiji Temple, it’s possible to imagine you are walking in the footsteps of the Uesugi samurai clan of the 15th to 17th centuries, and to imagine the hustle and bustle generated by the countless tradesmen who passed through the area when it was the center of silkworm production in the Edo period.

Jindaiji is the second oldest temple in Tokyo, originally built in 733. If you want to avoid the touristy feeling of Sensoji, Tokyo’s oldest, this is the place to come. Jindai was a village until 1952, and the streets around the temple retain much of this backwater feeling. There’s even a watermill, which is still turned by the small stream that meanders through the area. This mill used to grind the buckwheat flour that makes the soba noodles Jindai is famous for.

Soba and Tokyo’s second oldest temple are two very good reasons for visiting the area, and while the restaurant Yusui is arguably the most popular soba restaurant around here, be warned that it also has the longest lines.

The area’s reputation for soba has not been built on the back of one restaurant alone, so I opted for Taishi Chaya, a few meters along the road. We had to wait for about five minutes before being shown to an indoor table, where we sat on zabuton cushions and tatami mats, and ate at a low table. The décor of the restaurant helps you get a sense of the past. It’s all wood and traditional-looking shoji screens. Eating fresh, hand-made noodles whilst looking through the window into the leafy garden, I was transported back in time to at least the Edo period. I was a traveler, a merchant, a local. And after a few minutes I was full.

A visit to Jindaiji is all about atmosphere. The temple is surrounded by an abundance of nature and a complete lack of concrete buildings. Crayfish and water skaters can be found in the small streams, and you’ll find koi carp and turtles in the various ponds in the temple grounds. Before you leave, be sure to buy some sembei (rice crackers) or fugashi (dried wheat gluten snack) from the wooden shops that look like they’ve been there forever.

Jindaiji is free, and it’s one of the best kept secrets from foreign travelers to Tokyo. So why not put that guidebook down for a day and get off the beaten track?

An alternative to taking the train is to take the bus from Kichijoji (number 4, from outside Marui department store) or Mitaka (number 52, from the south side of the station). 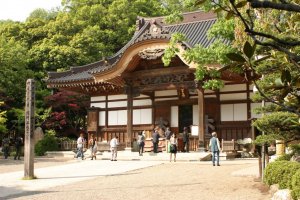 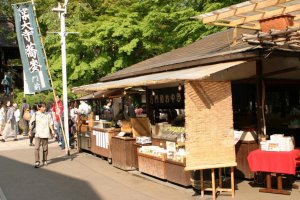 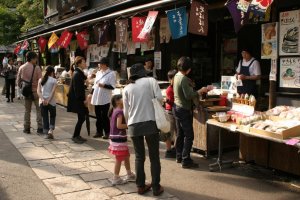 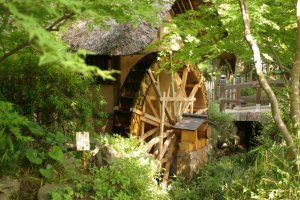 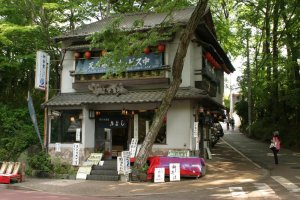 Elena Lisina 2 weeks ago
I love such places in Japan so much! Thanks for sharing!
Reply Show all 0 replies

Sleiman Azizi a year ago
Oh, this is just great. And to have decent soba too is a massive bonus.
Reply Show all 0 replies

Andrew Ng Author 7 years ago
I've never been there for hatsumoude but it must be fantastic in that setting. I'll look for "tamon" soba shop next time.
Reply Show all 0 replies

Wouter Thielen 7 years ago
The soba shop we went to for toshikoshi soba was "tamon" (多聞), friend says its popular under locals.
Reply Show all 0 replies

Wouter Thielen 7 years ago
I remember going there for hatsumoude (first temple visit of the year, a Japanese tradition), because a friend of mine is from Chofu, and I spent new year's eve at his place. We also went for toshikoshi-soba (first soba of the new year, another Japanese tradition) somewhere, with a pretty long line. Don't remember the name of the shop, but I'll ask him.
Reply Show all 0 replies
5 comments in total