A Shingon Buddhist temple with a Shinto feel

Over eight hundred years ago, a wealthy naval commander worshipped in the area now known as Honhaneda in modern Ota City Ward, Tokyo. In those days, a shrine known as Yagumo Jinja existed but now, Yagumo has been renamed as Haneda Shrine and while the shrine is the usual attraction, the Shingon Buddhist temple next to it is equally of interest.

Originally the shrine for Gozu-tenno, the ox-headed deity of pestilence, the temple, known as Jisho-in, saw its religious affairs interrupted by a government decree in the mid-late nineteenth century known as the Shinbutsu Bunri. Prior to the decree, Buddhist and Shinto existed in relative harmony but these official orders saw the two approaches to faith forcibly and legally separated.

Being the deity of pestilence, Gozu-tenno saw many of the faithful visit to ask for help in warding off illness. A visit by Tokugawa Iseda, the man who would later become the 13th Tokugawa shogun, saw him do just that as he prayed to the deity to help cure him of the smallpox he was suffering from. His prayers seemed to have had the desired effect and the future shogun recovered. Naturally, word of this divine recovery spread and before long, many illness and disease afflicted people would visit to pray for recovery and health.

While not overly large, the temple as it stands today is well maintained. And despite being a Buddhist structure, the pine trees planted on its grounds give the temple a sense of Shinto's natural sacredness - one need only imagine a shimenawa straw rope wrapped around the trunk to complete the scene.

One final note. Greeting visitors with a somewhat stern visage as they enter through the gate is a small stone gardener statue. Not exactly cute, but almost, this statue seems to humanise this Buddhist Temple with its Shinto ambience, making Jisho-in Temple an interesting little stop over while visiting Haneda Shrine next door.

Take the Keikyu Airport Line to Otorii Station. The temple is an 8-minute walk from the West Exit. 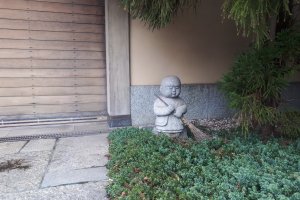 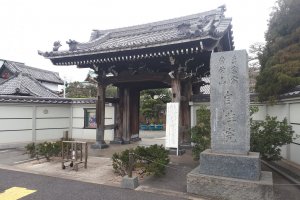 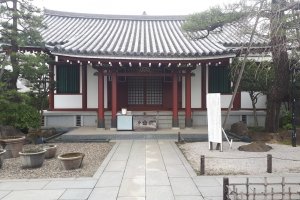 Sherilyn Siy 2 years ago
I, too, like statues that make the spiritual more human. We have Buddha-related statues in our neighborhood and one of them is depicted picking his nose with his pinky. :)
Reply Show all 1 replies

Sleiman Azizi Author 2 years ago
I love it!
Reply
2 comments in total