Dominated by the superbly convenient Haneda Airport, it is easy to forget that Ota City is Tokyo's largest ward and home to much of interest to the traveller. Final resting place of the famed Nichiren Shonin, community hub for Tokyo's early 20th century artists and the location of some beautifully relaxing public spaces, Ota City really is much more than an airport.

Featuring the oldest 5-storey pagoda in the Kanto region, Ikegami Honmonji Temple is the resting place of Nichiren Shonin, founder of Nichiren Buddhism. A highlight is the temple's mausoleum, a hexagonal structure made of Japanese cypress, and so too is the week-long Oeshiki festival in October.

Ten minutes from Ikegami Station on the Tokyu Ikegami Line.

A small local shrine known for its Kyoto-like tunnel of vermilion torii gates, Anamori Inari Shrine was once part of a temple town in Haneda. Originally built to protect the locals against flooding, the shrine features scores of inari fox statues, tiny oyashiro shrines and the good fortune o-suna sand.

Four minutes from Anamori-Inari Station on the Keikyu Airport Line.

A fantastic place for a picnic, stroll or relaxing by the bottle gourd-shaped Hyotan Pond, Heiwa no Mori Park's real claim to fame is its absolutely amazing Field Athletic Course. This 40-piece obstacle challenge is the perfect place to release the children and a great challenge for parents too.

Six minutes from Heiwajima Station on the Keikyu Main Line.

Situated along the banks of the Tama River, Tamagawadai Park is a nice place to witness the blooming cherry blossoms. Along with its mountain grass path and water botanical and hydrangea gardens, the park is also home to two ancient 4th century kofun burial mounds as well as an observation deck.

One minute from Tamagawa Station on the Tokyu Tamagawa Line.

Few foods are as representative of Japan as nori seaweed is. The Omori Nori Museum is actually a fascinating look at the history of nori seaweed cultivation and manufacture. The three floors of the museum feature traditional nori making tools, including the last nori boat used in sourcing the seaweed.

Twelve minutes from Heiwajima Station on the Keikyu Main Line.

Filled with two stories of history and culture, the Ota Folk Museum features exhibits detailing the area's early settlement past, traditional costumes as well as its more recent literary history. The museum is free for visitors and offers an English-language brochure for overseas tourists.

Unlike its more famed cousin in Toyosu, Ota Market offers a more personable experience. Early morning fish, fruit, vegetable and flower auctions are the visitor feature here as well the market's rooftop observation deck with Mt. Fuji views. Don't forget to pick up an English walking guide at the entrance.

Ota City's unique literary history is preserved in the Magome Writers Village. Appreciative of the supportive community that was developing, scores of Japan's top writers and artists moved to the area in the 1900s. The village is part of a walking trail designed to honour their cultural influences. 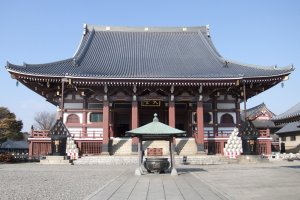 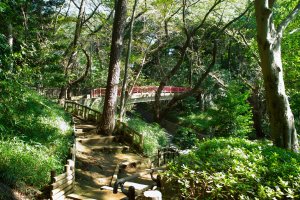 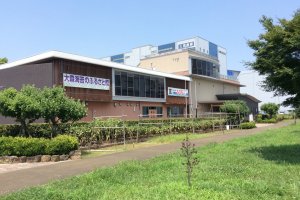 Kim a year ago
Wasn't aware of the literary history of this part of Tokyo but you've piqued my interest!
Reply Show all 1 replies

Sleiman Azizi Author a year ago
It really is amazing what you can come across in this city.
Reply
2 comments in total
Back to Contents