Honouring the fox god who helped defeat a rebel

One thousand years ago a rebellion was launched against the central government in Kyoto. One Taira no Masakado, taking it upon himself to lead this insurrection, went so far as to announce himself the 'New Emperor' to all who would listen.

Needless to say, this did not go down too well with the government. After Masakado claimed a couple of battle victories, in stepped Fujiwara no Hidesato. A court bureaucrat, Hidesato began his counter against Masakado with a prayer for victory. In his prayers he received a vision of a white fox presenting him with white arrows to aid him in his fight.

The arrows apparently worked and in gratitude Hidesato decided to build a shrine in the fox's honour. But where was he to build it? Hidesato received another vision. This time, the fox told him to build the shrine in a holy place where birds gathered.

Travelling to an area known as Karasumori, the forest of crows, Hidesato found his spot. Known as of the will of heaven, crows were the messengers of the gods and here, where they gathered, would be the perfect place to offer his gratitude to the white fox deity who had helped him achieve victory.

Hidesato's success earnt him the rank of Defender of the North and the governorship of what is now Tochigi Prefecture. A national legend, samurai clans would trace their lineages back to him and he would later become famous for defeating the giant centipede of Mt Mikami in modern-day Shiga Prefecture...

That giant centipede is long gone but unlike the nervous placations emanating from Masakado's shrine, Karasumori Shrine in Tokyo's business district of Shimbashi is a much more pleasant tribute to a Japanese legend. 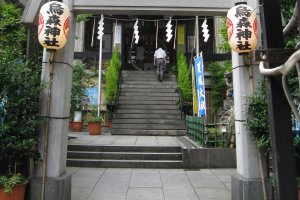 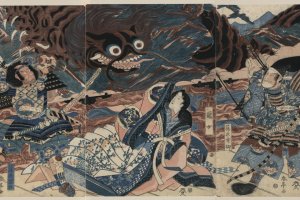 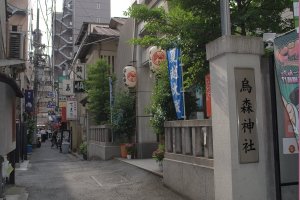 Lynda Hogan 2 years ago
I agree with your comment to Elena; the back story of the shrine really does make it come to life and adds so much character.
Reply Show all 2 replies

Elena Lisina 2 years ago
Ah, there are SO many shrines in Japan!!! ))) I like that Japanese people keep local traditions.
Reply

Sleiman Azizi Author 2 years ago
Stories are appealing, right? Especially when they are interesting ones.
Reply

Elena Lisina 2 years ago
There are so many legends in Japan! I bet each shrine has a story behind and it's interesting.
Reply Show all 2 replies

Sleiman Azizi Author 2 years ago
A bit of background makes each shrine come to life.
Reply

Elena Lisina 2 years ago
Yes, sure!
Reply
6 comments in total